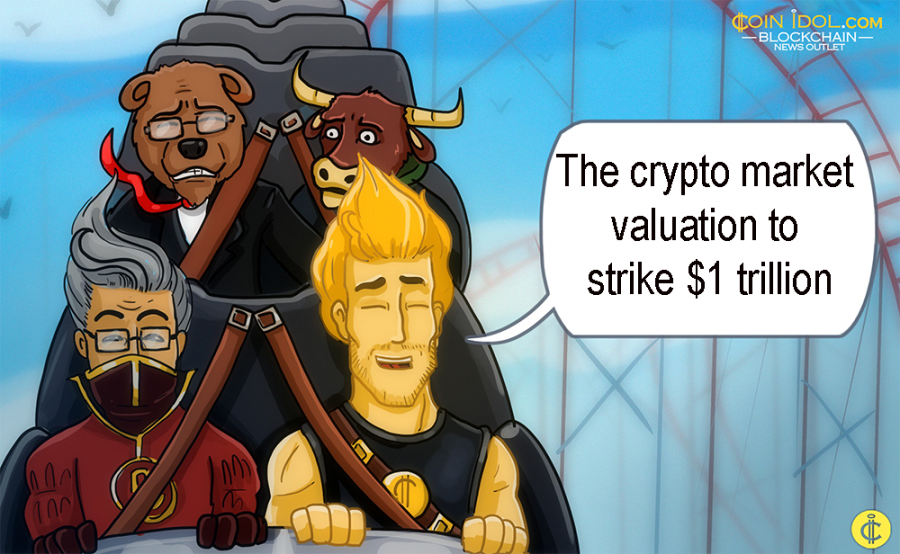 The cryptocurrency market valuation is most likely  to strike $1 trillion this very year, the market cap of digital currency appears to just rise by a small margin. Although some of the cryptocurrencies are cumulatively declining, the market cap appears to soar year-on-year. As the 10 year anniversary of BTC whitepaper was celebrated, many cryptocurrencies like Bitcoin,  Ethereum, Ripple, Litecoin, Bitcoin Cash and others observed the event with intense green trading period.

Jesse Powell, CEO of Kraken, believes that, in the remainder of this year, digital currencies will register upward trajectory. They would be in position to retreat from bottom to fresh highs.

According to Powell, there are several commercial enterprises and other developments orbiting around digital currencies right now. There are also several individuals in the know-how of digital currency is currently. This would push the whole digital currency market to jump a valuation of $1 trillion.

It was an average, red trading period for several big cap alts and Bitcoin. The top 3 digital currencies Bitcoin (BTC), Ethereum (ETH) and Ripple (XRP) were successful in finding support at nearly $6400, $200 and $0.45 price levels which appears to be a big relief to many holders.

Exceptional privacy coin XMR had a more difficult week than its top 3 competitors, however, based on recent analysis, both fundamentals and technicals show that the feasibility of a future movement reversal is backed by the latest network updates and anticipated purchasing volume.

This month, Bitcoin is more stable than several of NASDAQ's most famous Bluechip stocks such as Amazon, Nvidia and Netflix. The BTC price was in the $6400-$6500 range throughout the week.

For Bitcoin backers and maximalists, this is a signal of BTC's increasing maturity as an investment alternative, and fuel against cynics that have recently pointed to its fickleness as the principal hit against mainstream adoption.