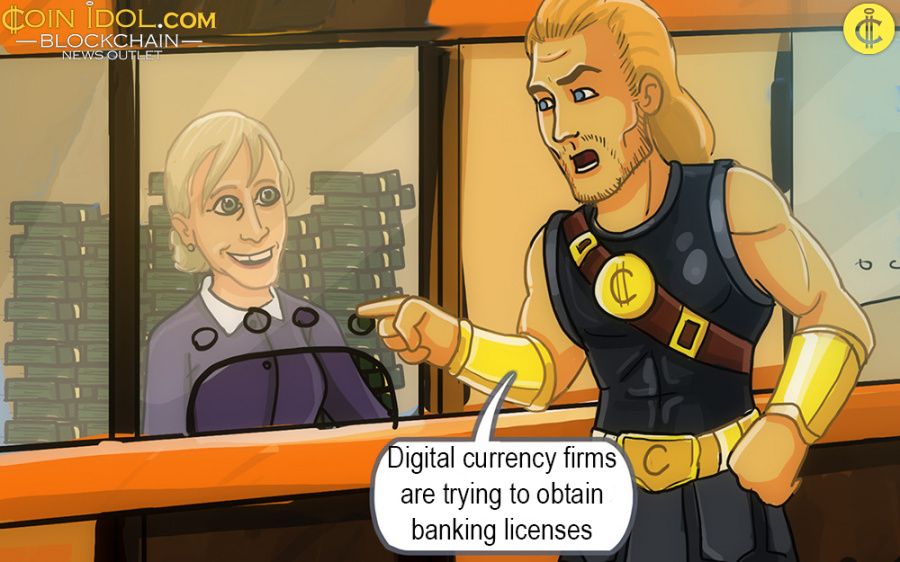 The Wall Street Journal (WSJ) reported on May 18, that two major cryptocurrency market players, Coinbase Inc. and ivyKoin, have tried to talk with the government regulators about getting banking licenses in order to expand the range of products they can offer.

At the beginning of 2018, Coinbase, San Francisco-based cryptocurrency exchange, discussed with U.S. financial market regulators the possibility of obtaining banking licenses, which help the firm to broaden its product list, according to the WSJ. Moreover, another fintech firm called ivyKoin has recently shown an unusual activity, as it had a meeting with officials at the Federal Deposit Insurance Corp.

Among the main topics, the firms were also discussing their business models. A bank charter may not be a top priority for the firms, however, it will facilitate the process of regulatory investigation a lot. Nevertheless, their decision will depend largely on the matter of cost needed for becoming a bank.

Actually, bank charters have a high popularity among financial technology firms that work with money lending or payments. Taking into account the hype around this notion, the regulators are very watchful while dealing with such ventures.