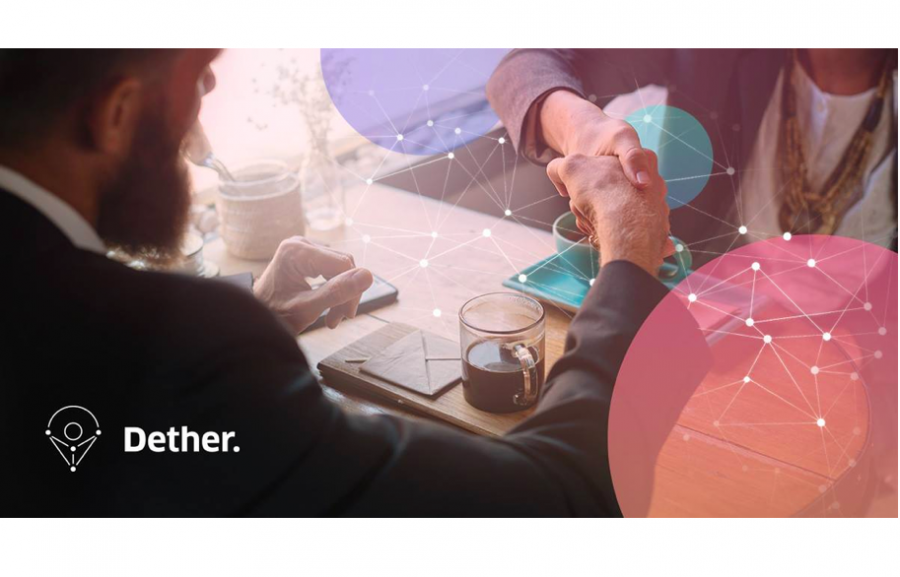 Expected in June 2018, Dether will release the world’s first decentralized fiat to cryptocurrency marketplace, enabling anyone who has a smartphone to buy and sell cryptocurrency for cash and spend it at physical stores.

May 27th, 2018, Gibraltar.  Dether’s mission is to give power back to individuals — especially unbanked populations across the globe — by enabling them to easily access cryptocurrency. Dether is building a worldwide ecosystem of crypto buyers, sellers and physical stores willing to trade crypto for fiat cash and accept it as a means of payment. No bank account is needed, just a mobile phone with internet access.

A mobile app that lets you cash-in and cash-out cryptocurrency, with no fees taken by the company.

2018 on  https://betakovan.dether.tech, allowed users across the globe to test the app and its main features. Now, with the release of the Dether mobile app in June 2018, anyone will be able to use his or her mobile phone to connect and trade with crypto sellers near them on the Dether map, the app’s built-in location system.

“We are building a fully decentralized cash-in and cash-out marketplace, meaning that no central entity has any control over the user’s accounts, funds, or conversations. No funds are held. Each individual has his own private key locate in his device. Conversations are fully decentralized and peer-to-peer. The decentralized reputation system is based on the user’s number of trades and volumes. As a company, we don’t take any fees on the transactions between buyers and sellers.”

Enabling any Cryptocurrency Holder to Become a Mobile ATM

For users shying away from volatility, Dether and MakerDAO, creators of the Dai stable token, have partnered to bring the value and power of a stable token to retailers and individuals worldwide using Dether. By further breaking the barriers to blockchain and crypto adoption, they enable any individual or shop owner to easily switch from any cryptocurrency stabilized against the value of the U.S. Dollar, and vice versa.

From Nigeria to Norway, shops all over the world can now be a part of a global ecosystem.

Following their successful token sale in February 2018,  Dether released “Dether for Shops” on Ethereum main net, allowing retailers to stake DTH (Dether’s utility token) in order to be listed on the Dether map and broadcast the fact that they accept cryptocurrency.

“In terms of user experience, it’s much like the process of searching for a nearby café or restaurant on Google Maps, but in this case, you’re looking for a place to spend your cryptocurrency. This represents a unique opportunity for merchants and the crypto community,”

Soon, “Dether for Shops” will allow shop owners to be listed on the Dether map under exclusive keywords related to their business.

“We are thrilled to be releasing the Dether app across countries in Africa, South America, and Asia. There are more than 2 billion adults that remain unbanked in these regions. Whether it’s for remittance, investment, or as a response to hyperinflation, we believe that these markets are in critical need of the ability to easily buy and sell cryptocurrency for cash.”

Dether is the source of this content. This press release is for informational purposes only and should not be viewed as an endorsement by CoinIdol. We take no responsibility and give no guarantees, warranties or representations, implied or otherwise, for the content or accuracy. Readers should do their own research before investing funds in any company.