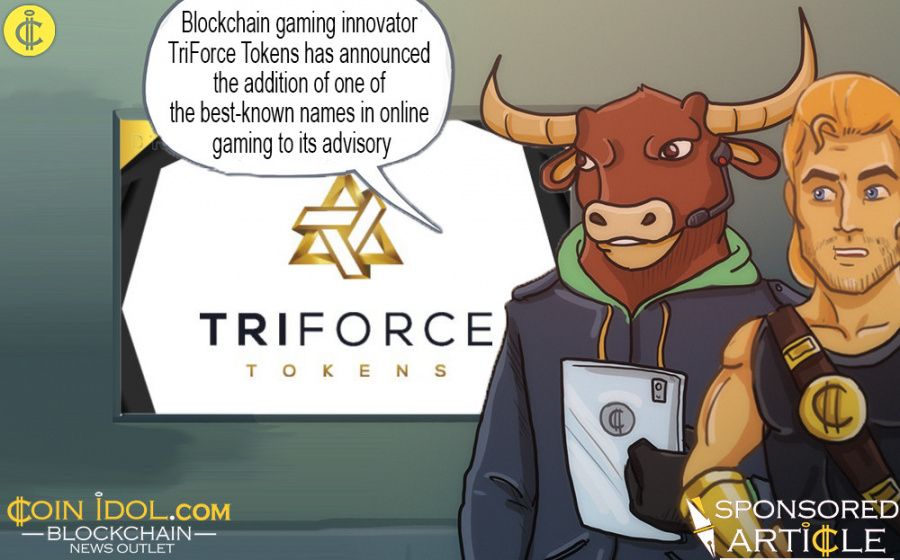 London-based blockchain gaming innovator TriForce Tokens has just announced the addition of one of the best-known names in online gaming to its already impressive advisory: Danny Montaner, better known in the gaming community as fRoD.

The former Counter-Strike professional player made a name for himself from 2003 to 2012, consistently winning tournaments such as the eSports World Cup 2005, V-Sports All Star Game 2006, CGS Individual Tournament 2007 and ESEA Invite Finals Season 5 2010.

As official advisor, Danny finds common ground in TriForce Tokens’ emphasis on community development, player protection and security, believing their unique vision of engaging and uniting a fragmented gaming community to be one that is much sought after by the industry.

“TriForce Tokens quickly caught my attention with the aim at being a community centered token. Not only is there various forms of protection and security, there is everything you would need to engage in your community. Also, it is important to note that there are multiple sources of revenue generation that is untapped for any content creator and developer. This is something the industry lacks as there are no profitable solutions to engage in the community, while growing it and securing it” - @OfficialfRoD

It will be quite the coup for TriForce Tokens, whose aim is to develop a decentralized gaming platform based on blockchain, as Danny Montaner’s unique first-hand experience as a renowned professional gamer (named as North American Player of the Decade 2000 - 2010) will ensure that the needs of gamers are reflected in the new blockchain project.

Furthermore, Danny’s business and community insight from his stint at compLexity Gaming and as an eSports community manager with FaZe Clan, ensures the full spectrum of the gaming industry is covered.

Famed investor and venture capitalist David Drake was just one of many significant personalities to have partnered up with TriForce Tokens. A founder of the US Crowdfund Intermediary Regulatory Advocates (CFIRA) and US Professional Crowdfunding Professional Association (CfPA), David understands perfectly how to manage and steer a start up through its capital raising phase. His years of managing an exclusive portfolio of real estate, VC and hedge funds means he provides valuable advice and guidance to TriForce Tokens.

TriForce Token’s unique blockchain solution has not escaped the attentions of industry players in Latin America, where gamers form the second largest market in the world. The utility of FORCE tokens already promise a lot of potential for players looking for new ways to earn and spend, due to its cross-platform nature that allows for a single ecosystem recognizing all digital assets from any game, any platform, any developer.

TriForce Tokens has been receiving business development support from Coventry University Enterprises Limited since late 2017. The institution is home to the award-winning Technology Park, which hosts the Serious Games Institute and some of the top regional innovators and businesses.

The TriForce Tokens solution is all about keeping things more enjoyable, for more people. Offering features such as revenue streams for both players and developers, a gaming hub connecting all gamers from all platforms and a unique honor system that rewards, fosters and nurtures positive gaming, TriForce means players can concentrate on the thing they love most: gaming.

Development-wise, TriForce Tokens promises a quick and easy way to deploy common gaming features on any game and platform, be it tournaments, P2P trading and peer ranking, lowering the entry barriers for indie developers. Existing revenue streams never need to be abandoned, as TriForce Tokens offers alternative ones that complement, not replace.