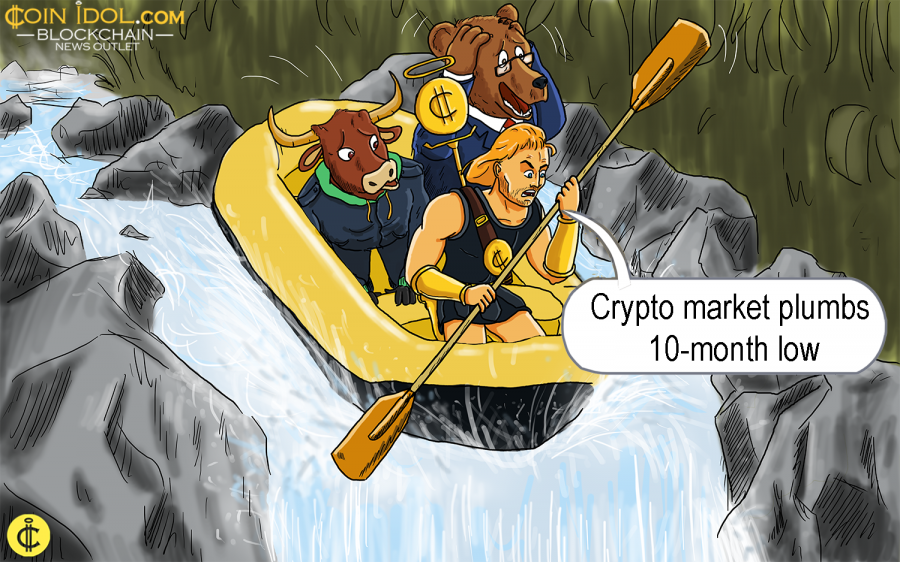 The crypto bear market sealed a 10-month low after Bitcoin's jumbo competitor fell and US regulators interrupted by suspending trading in two major securities that are linked to cryptocurrencies.

Ethereum, the second-biggest cryptocurrency, declined 8.9% from its trading level at around 5:00 pm New York time on September 7. Bitcoin declined 2.1%, while the market capitalisation of cryptos tracked by CoinMarketCap.com funked to $197 billion-down around $640 billion from its January 2018 apex.

Cryptos have lost ground in 5 of the last 6 weeks amid concern that wider crypto adoption will require much more time than the majority had predicted. That worry was underlined over the weekend after the US SEC suspended trading in 2 exchange-traded notes that were linked to digital assets for a relatively belief period of time. Vitalik Buterin, co-founder of Ethereum, revealed that the period of explosive boom in the Blockchain technology sector had probably appeared and disappeared.

“The temporary suspension of these products led to an initial knee-jerk reaction,” said Ryan Rabaglia, head of trading at cryptocurrency dealing firm OSL in Hong Kong. “But ultimately, it’s just another obstacle for the market to overcome.”

Cryptos stayed under a lot of pressure on September 10 regardless of reports that Citigroup has brought a fresh mechanism for investing in the space. The US bank considers to work as an agent issuing what is known as digital asset receipts, or DARs, to empower trading by proxy sans direct ownership of the basic coins.

Ethereum has fallen much much faster than Bitcoin in recent months on concerns that Blockchain-related companies are largely cashing out of the second-biggest Crypto. Several startups which raised Ethereum from various invest in their ICOs will ultimately require to trade off their holdings to settle expenses such as development charges and salaries.

“The rhetoric around ICOs continuing to unload their raise proceeds on the market remains valid,” Mr Rabaglia said. “It’s hard to see how that storyline will go away anytime soon.”