Cryptojacking is the Agent for Over 4% of Monero’s Circulation Supply, Study Reveals 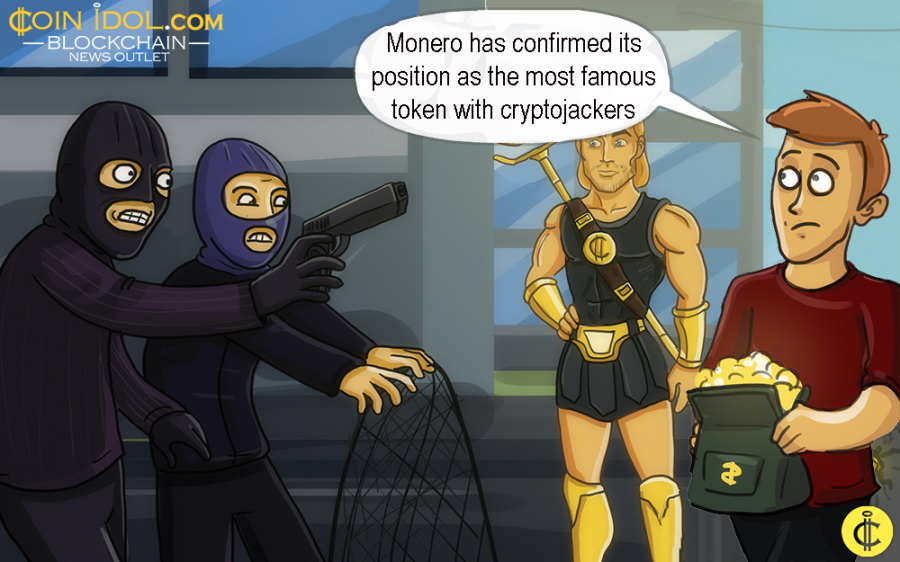 Monero (XMR), the 14th largest Crypto by market cap, has confirmed its position as the most famous token with cryptojackers, even surpassing Bitcoin (BTC) – the world’s leading cryptocurrency. Monero is currently trading at $45.65 USD (-14.16%) and its market cap is $762.3 USD million.

Now, a new study that explores the cryptomining ecosystem, finally revealed that over 4% of XMR’s aggregate circulation supply is imputed to cryptomining malware. Thence, the principal privacy crypto gets number one position among the most famous digital currencies with cryptojackers, even the trumping BTC.

Cryptojacking is quickly rising as another alternative to ransomware, as Coinidol reported in June 2018. According to Quick Heal, an IT security firm, more than 3 million users globally were negatively affected in the first half of 2018.

There have been over 2,195 active cryptojacking runs that accrued around $57 million worth of Monero, the aforementioned research shows. In particular, only one run is the cause of 23% of this scalable amount of money and [it is even still operating].

Nevertheless, things are becoming very energized considering that 720,000 Monero – the aggregate number of coins mined by cryptojackers, make up 4.32% of the aggregate circulation supply – which is around 16.6 million Monero.

XMR is responsible for around ½ of the wallets associated with malevolent mining, highly shadowing another bullish privacy coin known as zCash. BTC also comes after XMR, which shows that XMR is more lucrative to mine. Ethereum (ETH), the 3rd crypto by market cap and Electroneum (ETN), the 67th crypto by market cap rank, are also among the first 5 cryptocurrencies. ETH and ETN are trading at $128.14 USD and $0.006689 USD respectively at press time.

The study shows that there was a short-lasting increase in the notoriety of other altcoins but cryptojackers decided to dump them because of their lower mining gainfulness. 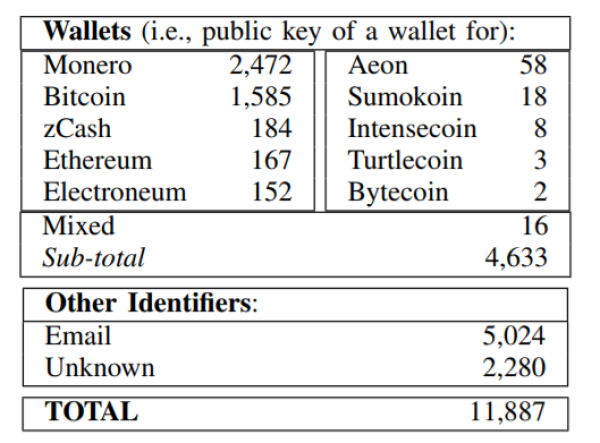 Is the Trend Increasing?

Cryptojacking turned out to be an utmost trend of 2018. According to the earlier report by U.Today, the cases of cryptojacking that basically substituted oldfangled ransomware, soared by around 141% last year – even the December’s McAfee report indicated a 4,000% statistics. Malevolent players spread fake Adobe Flash Players installers and illicit Steam games to mine XMR undercover.