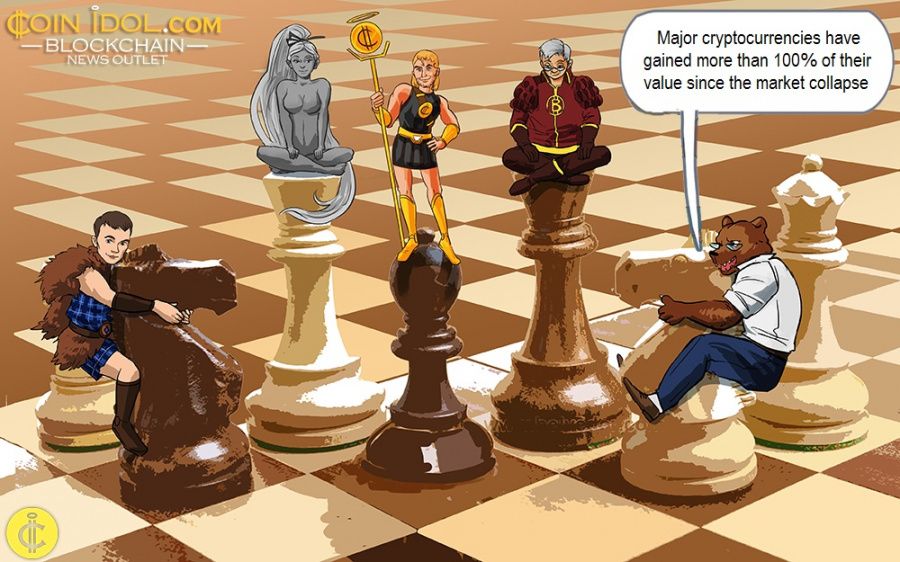 Cryptocurrency trading and investment have been gaining significant traction since the outbreak of COVID-19 pandemic. As people found themselves locked down and jobless, seeking for any additional source of income became a pressing need.

Despite the price volatility causing huge losses after the Black Thursday event, the recent bullish trend also allowed for record profits for traders and investors, as prices of major cryptocurrencies increased by more than 100% since the collapse. Although many investors choose various altcoins according to their needs and capabilities, the top-5 cryptoassets that are most attractive in the market seem to remain unchanged.

The first world’s cryptoasset Bitcoin remains the giant leader in the blockchain and digital currency market. It has managed to maintain this position since its inception in 2009 by Nakamoto Satoshi. At press time, BTC’s market cap is over $208.6 billion, with a value of around $11,687 per coin. 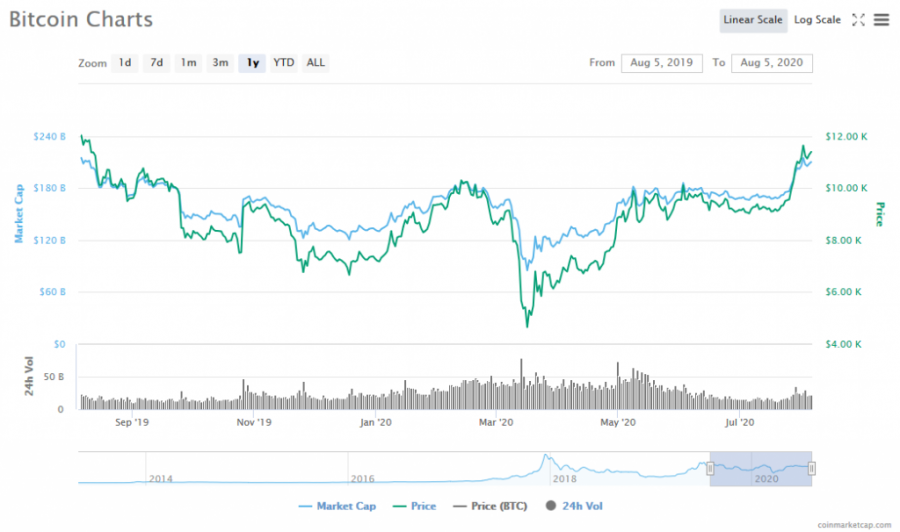 There are about 18.45 million BTC in circulation, as per the data by CoinMarketCap. No other coin has ever matched this current price of BTC. The high/low price of Bitcoin this year is $12,036.99 and $4,106.98, respectively. The trend continues to bring hope that before the end of this year, BTC could break the record of its all-time high of $20,089 that it recorded on December 17, 2017 – the crypto-bubble.

In the second quarter of this year, Square, a financial service firm recorded around $875 mln in revenue from BTC, and also generated about $17 mln in gross profit. This is just one company in a forest of exchanges trading Bitcoin, that has managed to reveal its profits. It is hard to get the total amount of profits generated by Bitcoin, however, it is also hard to imagine how big it could be, considering the formidable results of a single firm.

Comparing with other years, ETH, the world’s second-biggest cryptoasset has witnessed a massive lift in interest from sellers and buyers in 2020. This could be due to Covid-19 pandemic that forced a lot of people to make payments using digital means including cryptocurrency.

Over the last 14 days, the price of ETH broke out of consolidation and registered an upward shift to hit a 70% lift from about $233 to $399. As a major incline temporarily interrupted ETH’s trend, at the time of writing, it was changing hands at around $394 and was reaping extraordinary returns for merchants. 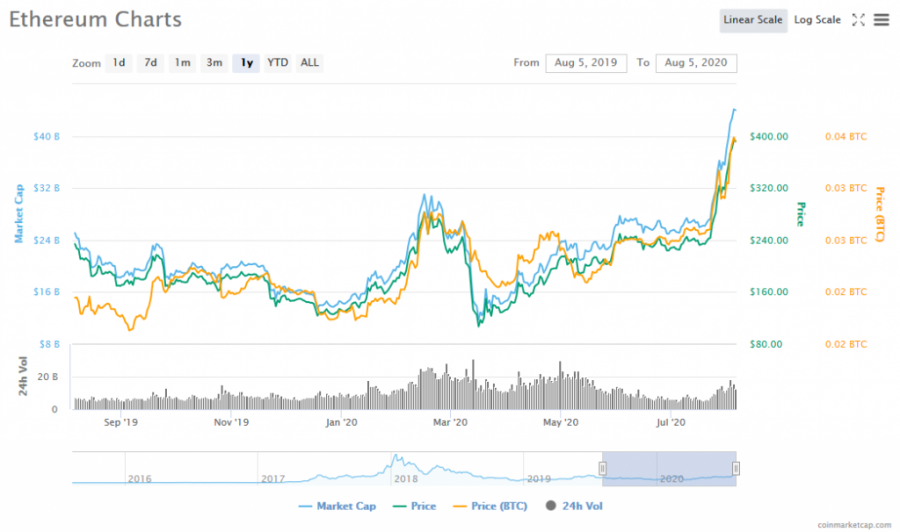 Ethereum cryptocurrency has strode higher in value since the start of this year and in the short-term, from the look of things, investors are reaping big as more than 90% of circulating Ethereum supply is in a positive state of profit. Ethereum is going to set a record. The last time the price of Ethereum reached this high was in Feb 2018, when it hit $925. The coin is speculated to be in preparation for another bull run, and that’s one of the reasons why traders can’t get tired of dealing with ETH. 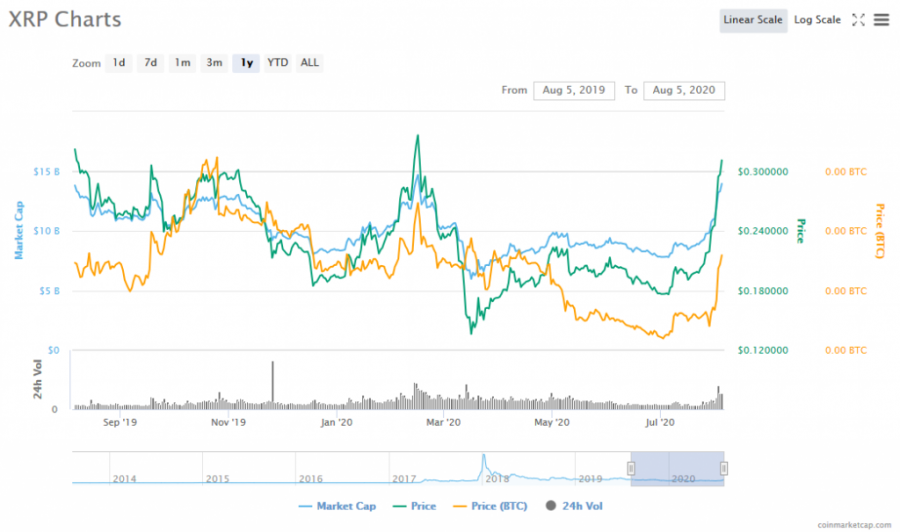 BCH started to be mined on Aug 1, 2017 (3 years ago). In these 3 years of existence, the coin has got a circulating supply of more than 18.48 million BCH and an overall market capitalization of over $5.36 billion, making it to be placed in the 5th position of CoinMarketCap rating.  At press time, the value of BCH/USD is standing at just over $290, according to the data by CoinMarketCap. In 2020, BCH reached a high and low of $493.03 and $139.22, respectively. 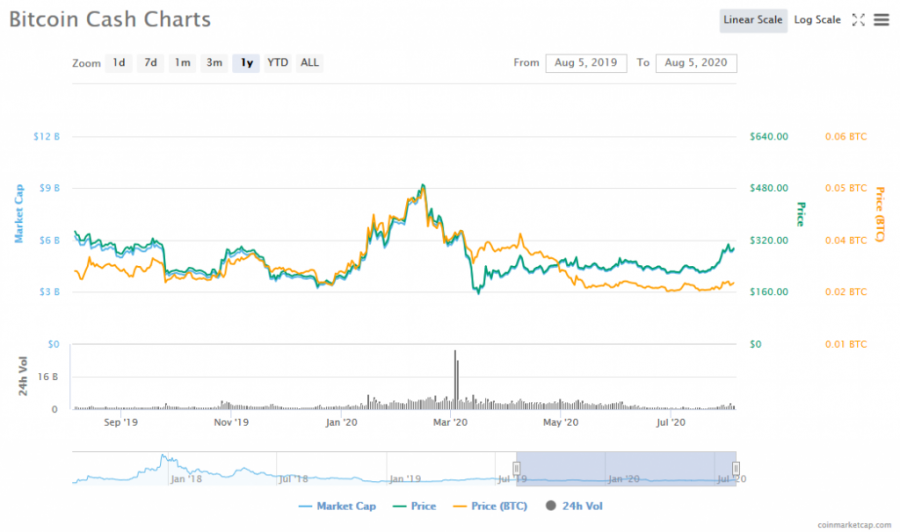 Looking at the 1-year price chart, Litecoin, the 7th largest crypto by market cap, has not managed to recover above $93.74. However, it also dropped and saw a price of $25.57 in mid-March. 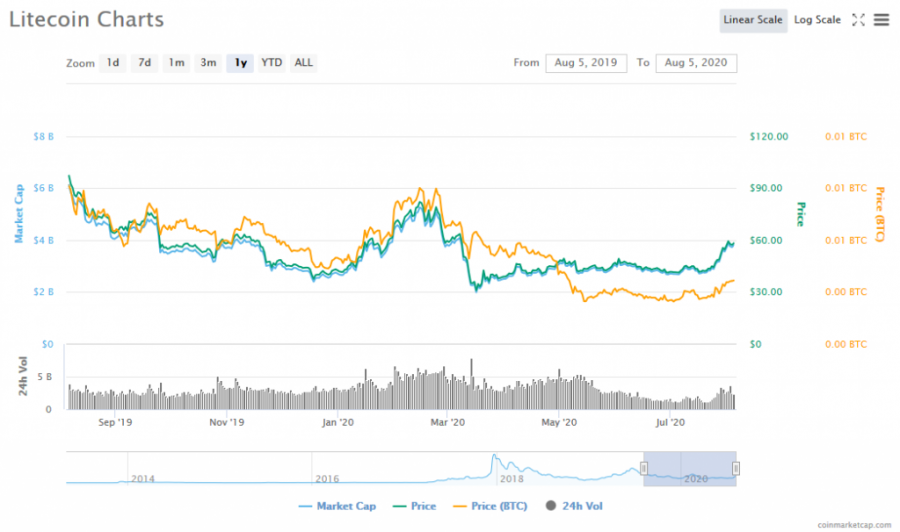 Relative Strength Index (RSI) for LTC is now at around 54.7, but low over the past 48 hours. Before the move to more than $62, Litecoin’s RSI was over 85.8, and this was its peak in the last few months, and this shows that coin was ‘overbought.