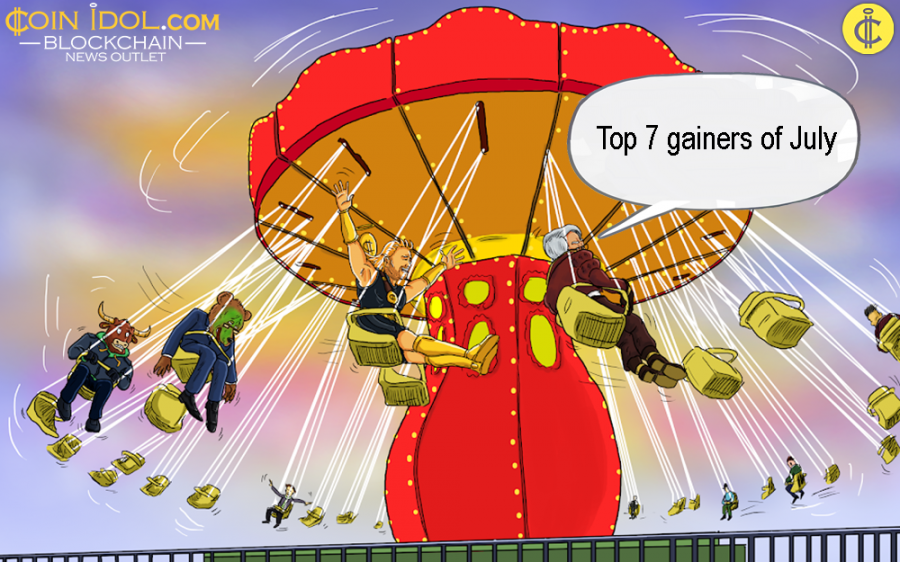 Cryptocurrency market has been highly volatile over the last couple of months, with Bitcoin finding support at $9,500 per coin. This month is characterized by a prolonged price correction after super lucrative gains in June. However, some altcoins out of top 100 have managed to keep trading in the green.

What has Changed on the Cryptocurrency Market?

Following the recent crash of the Bitcoin price on Sunday, from $10,180 to $9,410, the coin’s capitalization has also decreased from $180 billion to $168 billion before coming up to $170 billion at the time of writing. The total market capitalization sits at $264 billion, with BTC dominance of 64.4%, according to coinmarketcap. 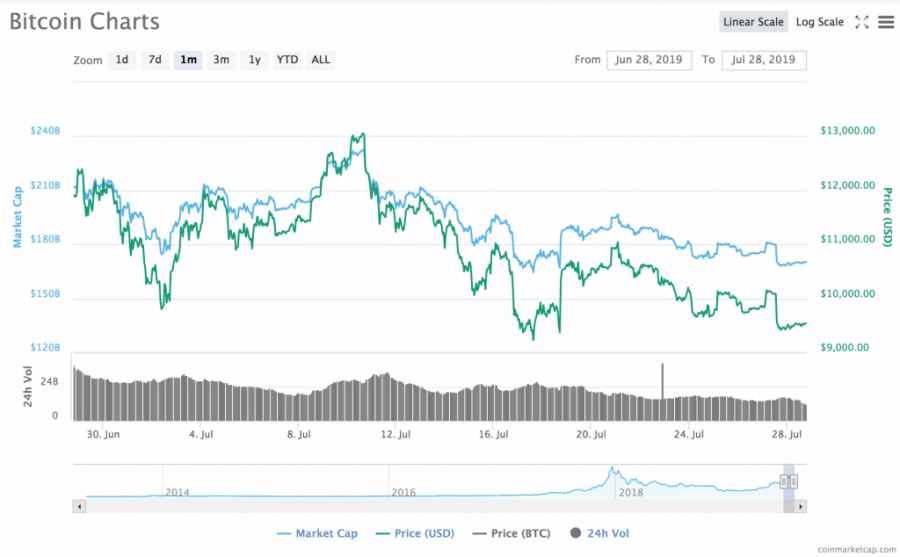 As for altcoins, many of them have failed to cope with the negative trend and lost their positions in the green. Now we can observe only 12 cryptocurrencies that have had profits this month but only 7 of them are trading with an over 47% margin, according to coincodex. They are UnlimitedIP, Egretia, Republic Protocol, V Systems, U Network, OKB, and InoCoin. 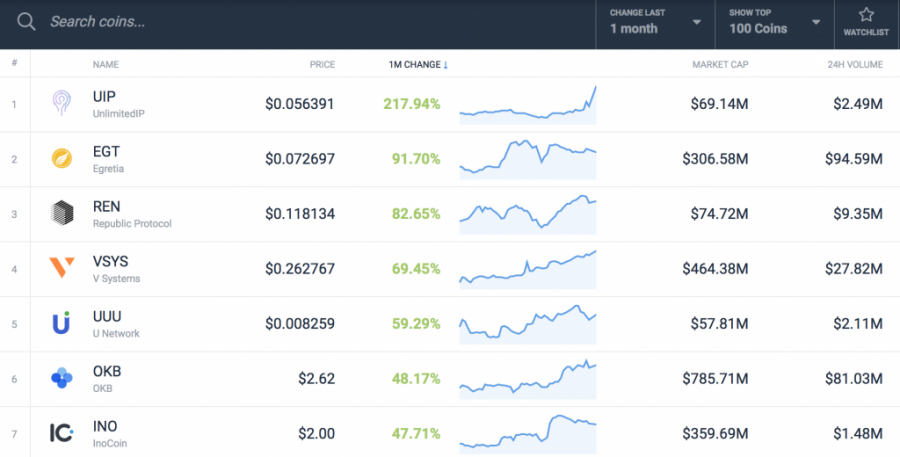 UnlimitedIP (UIP)  is changing hands at $0.056391, having seen a 217% surge in price this month. The current capitalization is $69.14M, while the daily trading volume is $2.49M. Started up back in 2017 on blockchain, the cryptocurrency uses algorithm and proof type. 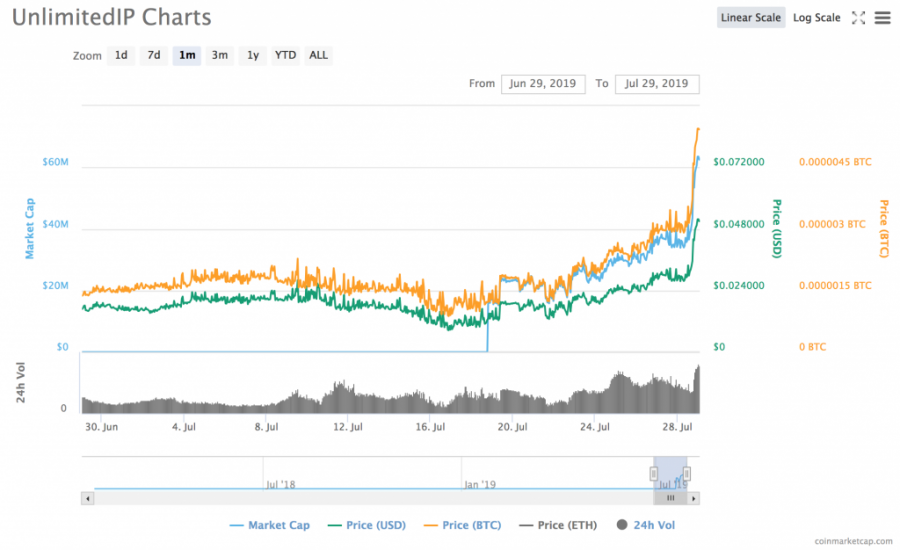 Egretia (EGT) has been trading 91% up against last month and is worth $0.072697. The capitalization is close to $307 million and the 24-hour volume is $94.59 million. The digital currency is powered by the Ethereum network and can be found at OKEx and KuCoin exchanges. It is reported to skyrocket from below $0.001 in early April to the current price. 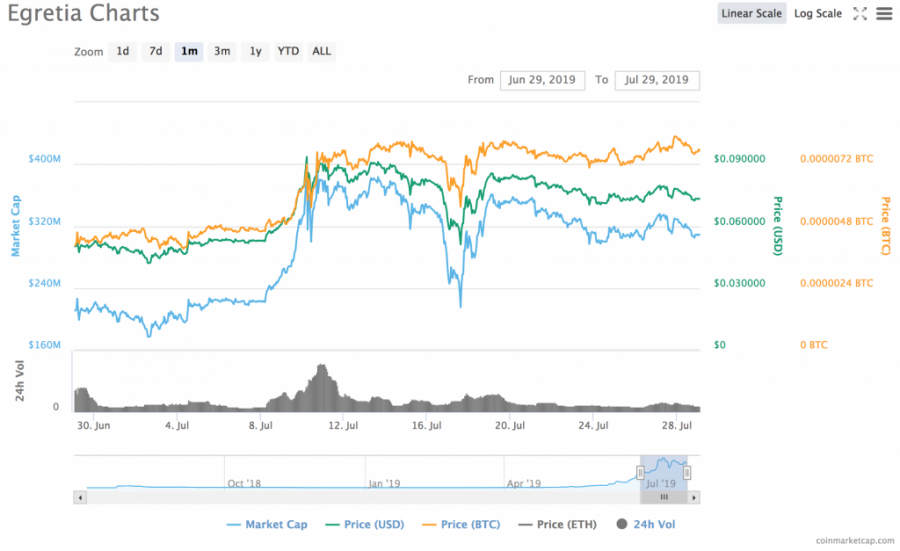 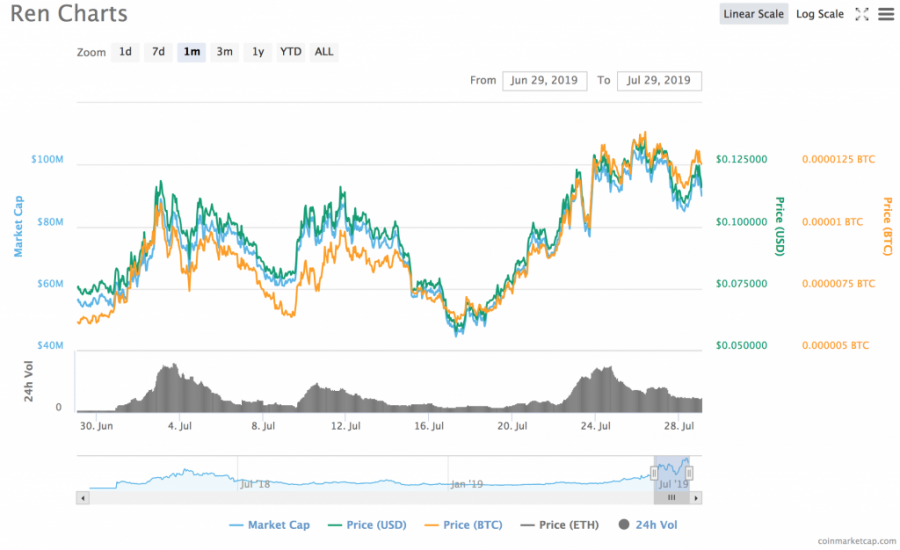 V Systems (VSYS) has increased by 69.45% and is changing hands at $0.262767 at the moment of writing. The market cap sits at $464.38M, while the daily volume makes up $27.82M. The digital currency is traded on major exchanges including BitForex, KuCoin, and Bitfinex. 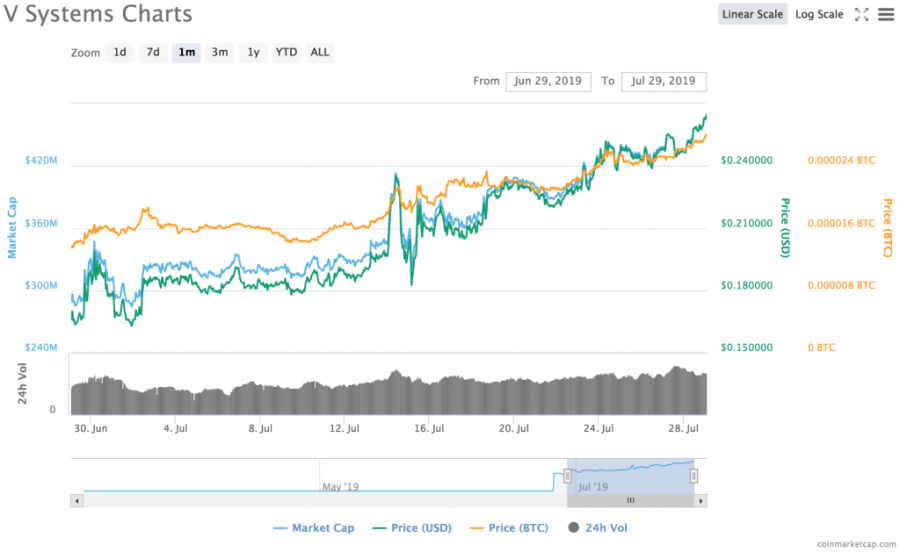 U Network (UUU) has experienced a 59% surge over the last month and is trading at $0.008259 on such exchanges as Bibox, DDEX, HADAX, and IDEX. The digital currency has a market capitalization of over $57 million and $2 million worth of UUU coins traded in the last day. 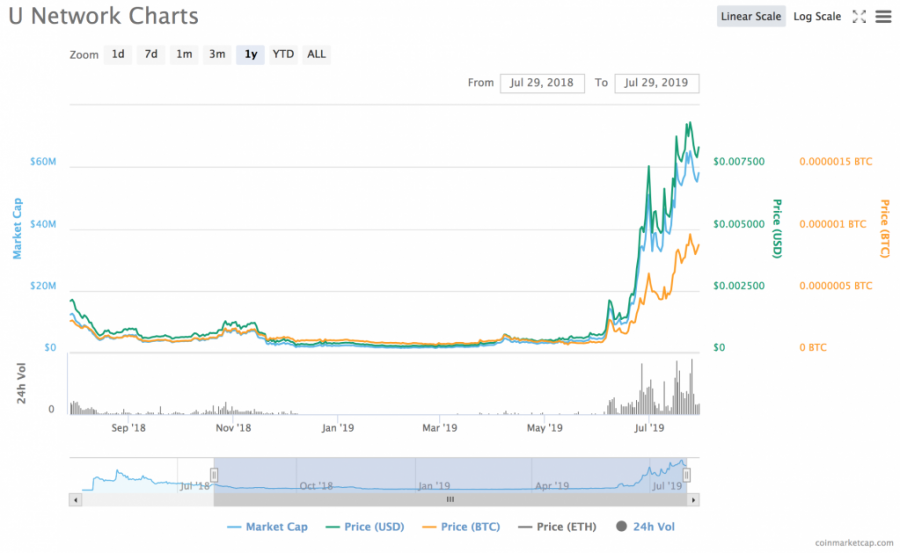 OKB has a capitalization of $785 million and is traded at $2.52, which is 48% more than in the last month. The volume over the last 24 hours amounts to $81 million. It can be bought at Bitfinex cryptocurrency exchange. 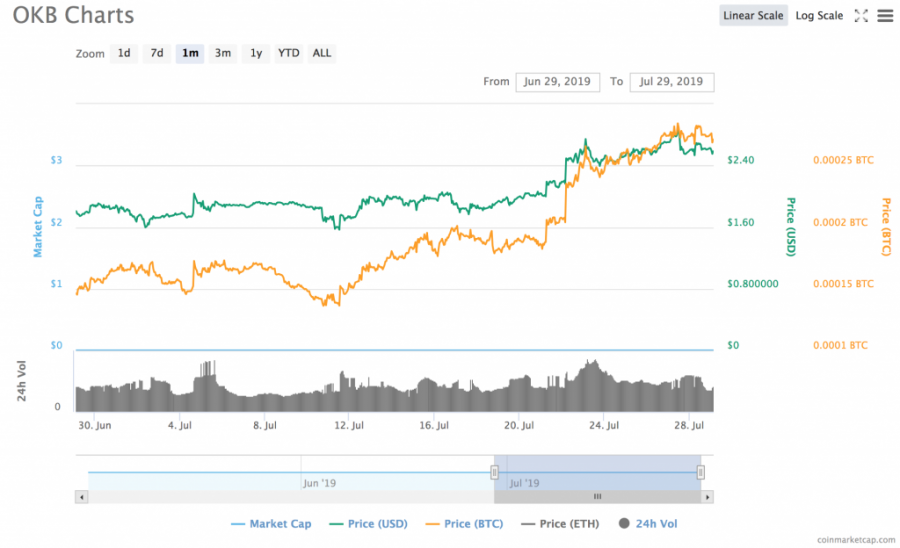 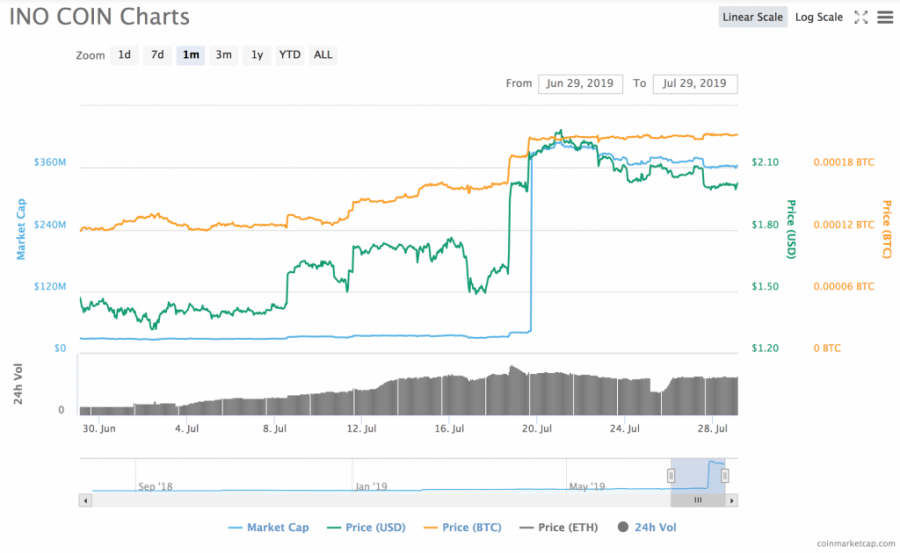