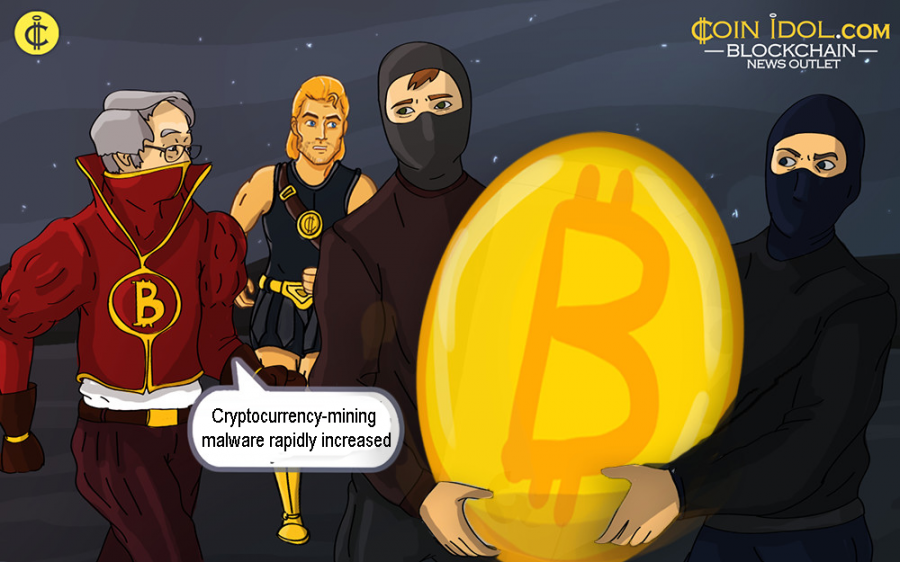 The number of world organizations affected by cryptocurrency mining malware nearly tripled from the second half of last year to the first half of 2018, as per the latest data from Check Point.

In its Cyber Attack Trends: 2018 Mid-Year Report, the Security Vendor stated that the figure increased from below 21 percent  in last year’s second half to 42 percent in first half of this year, with cyber-criminals scoring approximately $2.5 billion for over last six months.

All those behind the clean wool are becoming more refined and sophisticated in how crypto-mining malware was spread.

“Crypto-miners today target anything that could be perceived as being in their way. As a result, we have witnessed crypto-miners targeting SQL databases, industrial systems, a Russian nuclear plant, and even cloud infrastructure. Crypto-miners have also highly evolved recently to exploit high-profile vulnerabilities and to evade sandboxes and security products in order to expand their infection rates,” the Report claimed.

It added that the mobile arena wasn’t at all impoverished of cryptocurrency mining multiple attacks in one way or the other. In April this year, an Android Cryptominer named 'HiddenMiner' attacked various devices and mined Monero continuously until all the device's resources were completely discharged.

Not surprising maybe, the top 3 giant malware variants registered in the first half of this year were all cryptocurrency miners.

Check Point further disclosed that hackers are highly turning their mental focus to infrastructure and cloud storage both in data theft and cryptocurrency mining attacks.

Many claims have it that 51 percent of the organisations globally have several times experienced cloud-based big attacks over the past 12 months.

Due to the high increase of consumer-connected devices and the expanding market share of many non-Windows OS, Cross-platform malware was also being talked about by the report.