Cryptocurrency is the Antidote for Economic Crisis 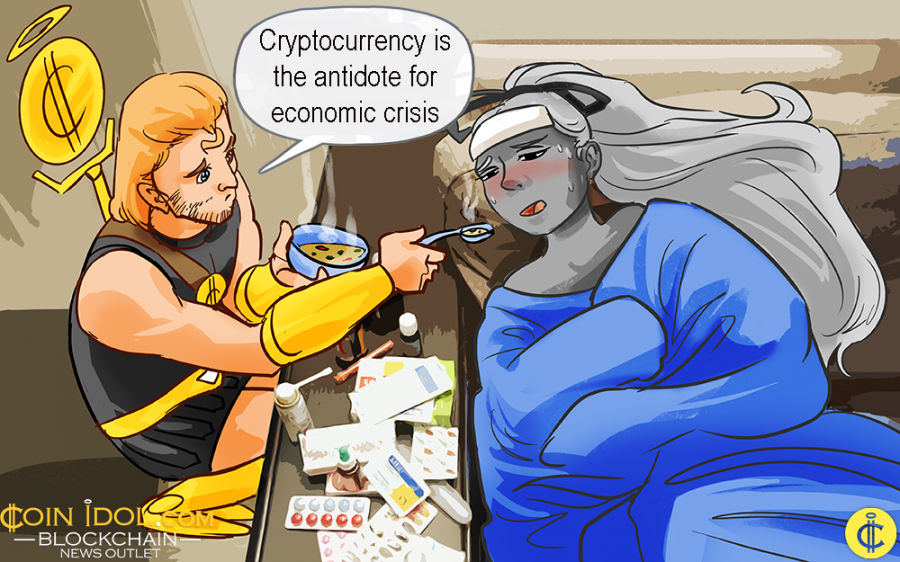 Many countries in the world have been going through economic turmoil in terms of high inflation and declining currency values. Some have even opted to print out more money to solve the economic crisis which in turn worsened the situation - currency devaluation. But the most opted plan was cryptocurrency, which seems to have yielded positive results to most governments.

Will Any of the Countries in Economic Crisis Go Crypto?

Pre/post Brexit UK saw its currency falling from 1.40 USD per GBP to 1.30, which is what is termed as hyper-devaluation.  The Turkish lira also was exchanging hands at almost 2 for 1 with the USD in 2014. But in 2018, you could purchase around 7 Turkish lira for 100 US cents. That what currency devaluation simply means. Currently, the Turkish lira has recovered by a small margin, though it’s still lingering approx. 5.5 to US greenback.

There is also the Iranian Rial which was trading very well at around 24,000 to 1 USD, but it's currently at around 42,000 (half the value). Also, look at the Zimbabwean dollar, Venezuelan Bolivar and the Argentinian Peso, things are not going well for the respective governments and citizens.

Thanks to the technology that is here to save. With the striking increase and abrupt prostration of Bitcoin (BTC) and other bullish cryptoassets since 2015, several Ministers of Economy have been planning to adopt the use of cryptocurrency.

Will the New Kind of Internet Cash Offer a Solution of the Mess in Which Majority of These Economies Find Themselves Stuck?

Turkey holds around 20% of all crypto that is in circulation but it had an inflation rate of around 12% in late 2017 which also forced many investors to withdraw their cash out of Istanbul, the former capital of Turkey. President Erdogan firmly denied to increase the interest rates which in turn led to a beehive of Turkish investors going into cryptoassets as a place of refuge for their money.

But this didn’t stop inflation from hitting 25.24% in October, 2018 and its now gradually reducing (it stands at 21.62% at press time). The biggest problem came when the Turkish investors were planning to largely invest in the industry, BTC and other major cryptos started falling deeply after the US stock market.

However, BTC has tried to hold its value comparatively well, especially compared to the washy currencies of the aforesaid nations. As a matter of fact, as the US stock market proceeds to collapse, BTC has in reality began a mini recovery. Whether this situation is a dead cat bounce or is associated to the late proclamation of OTC trading of BTC, is a matter of time.