Can Cryptocurrency Help a Country During a Financial Crisis? 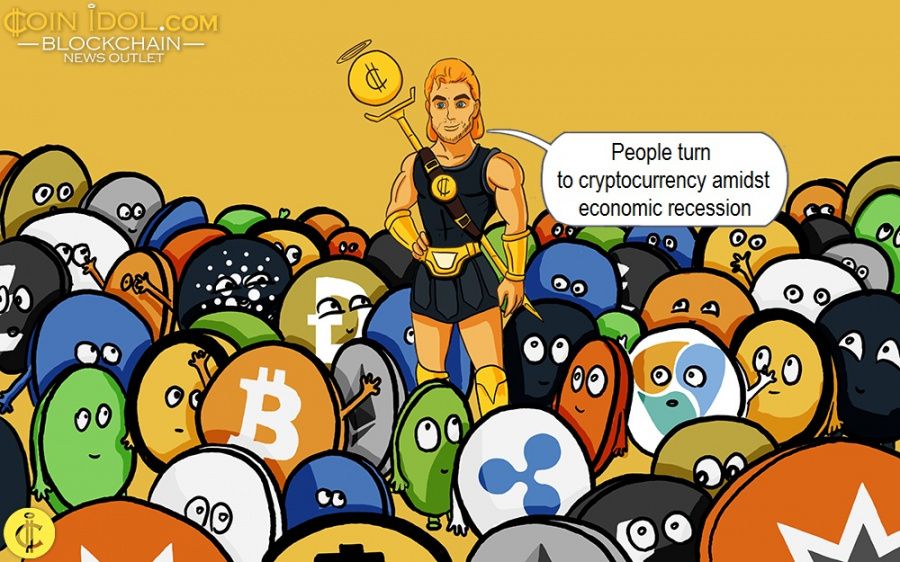 The use of Bitcoin and other digital currencies has played a big role in the economic recession caused by Coronavirus. A lot of people, businesses and companies have stored their wealth in cryptocurrency in fear of inflation caused by the financial crisis due to the pandemic.

Any kind of economic recession hits hard on a country’s citizens. The local currency usually drops sharply, and people often face difficulties in getting access to their funds due to failures of the internal banking systems. For this reason, they often turn to digital currencies, as they are beyond borders and internal banking.

The COVID-19 pandemic has hit hard in many countries, causing their economies to practically collapse. On the other hand, some of the countries had economical difficulties even before the pandemic. Amidst such tough conditions, with local currencies collapsing along with banking systems, people are desperate for an alternative. For many, cryptocurrency could become such an alternative.

Despite it being used for storing value rather than for making payments, digital currencies can still offer numerous benefits to their users. As it is beyond traditional finance, the crypto savings can be withdrawn or used from any country of refuge, to purchase goods and services or participate in several online markets. During the times of economic tension, Bitcoin is more easily exchangeable, available and obtainable, traded, than traditional money. A user just needs the internet to access one’s cryptocurrency wallet and start conducting business as usual.

Back in 2008, when a strong recession hit Greece, the country had to take some radical measures including closing the banks for a week. The citizens were not able to access and withdraw their money and then started panicking looking for alternative means to survive. When Bitcoin was finally launched in 2009, the Greeks flooded the cryptocurrency markets. Despite cryptocurrency exchanges growing rapidly worldwide, the biggest share of users came from Greece.

Besides, in a situation when local currency price collapses, cryptocurrency can ensure storing the value of savings, even despite its volatility. For this reason, people see it as a good way to protect the buying ability of their funds.

When the government of Argentina stopped its citizens from buying the US dollar after facing a heavy financial crisis, its banks stagnated (the Argentinian peso dropped about 90% of its values against the US dollar) and nationals had to flee to BTC.

The similar situation was observed in Venezuela after its national currency Bolivar also lost most of its value. To handle the situation, the country’s President Nicolas Maduro even launched the national cryptocurrency Petro in a hope to create an alternative for fiat money. However, the coin failed to gain popularity among the citizens even despite Maduro’s attempts to thrust its adoption.

Nevertheless, the use of digital currencies in Venezuela has seen a significant spike, especially after the outbreak of coronavirus. As CoinIdol, a world blockchain news outlet reported, the spike was so high that it had even caused a threat of an Internet shutdown due to the network overload.

While turning their back on Petro, Venezuelans prefer using Bitcoin as well as other Top cryptos. This is clear evidence that people look into cryptocurrency as a viable option to their local fiat currencies.

However, there is clear evidence that Bitcoin is not always a safe-haven during challenging times. Despite now it is obvious that the industry grows owing to rapid digitization, the start of pandemic also negatively affected the market.

The brightest example of the market vulnerability was the Black Thursday event in March 2020, when the price of BTC dropped about 50% (from $8k to $4.4k). The current doctrine about cryptocurrency as a store of value would have seen their value to soar amidst a deep stock market crash.

This has proved that cryptocurrency can also be affected by economic recession. The only difference is that digital currency is beyond state borders, so it mostly depends on drastic global events. So when a separate country is in a crisis, it might take advantage of the benefits offered by cryptocurrency, provided that the global market is not affected by any disaster. Therefore, even though many people label BTC as a safe-haven, it may not provide protection in the period of global economic and financial turmoil.