Cryptocurrency Decline is Getting Deeper and Closed, Bitcoin Hits $4900 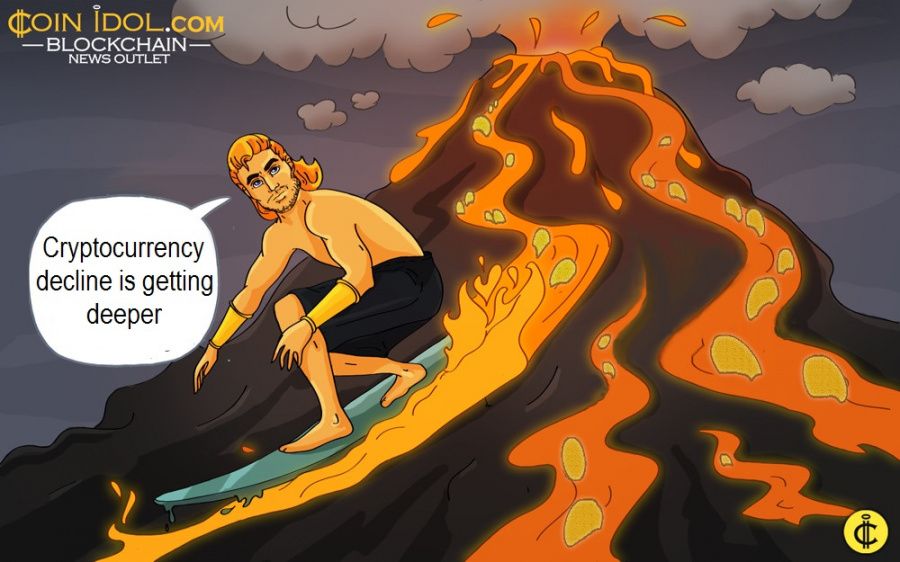 On March 14, the cryptocurrency market started off with some stocks rebounding, but the decline in the afternoon strengthened. At press time, seven of the top ten stocks fell, and 70 of the top 100 were lit red, indicating a stronger drop. Among the top 10, it’s only Bitcoin SV, EOS and Binance Coin that are still resisting the forces of falling. 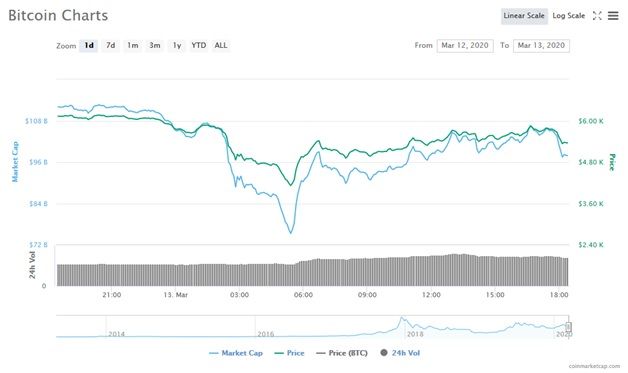 At this time, the entire digital currency market capitalization (MC) decreased to $154.6 billion, and the share of BTC recorded 63.9 percent.

A Heavy Wave in the Blockchain Industry

The digital currency souk calmed down until morning and showed the possibility of a rebound, but soon the downtrend strengthened and most of the stocks began to plunge.

After falling below $4,000 the previous day, Bitcoin, which rebounded more than $5600, was pushed back to the beginning of $5000, and transaction volume increased to the level of $49.380 billion. 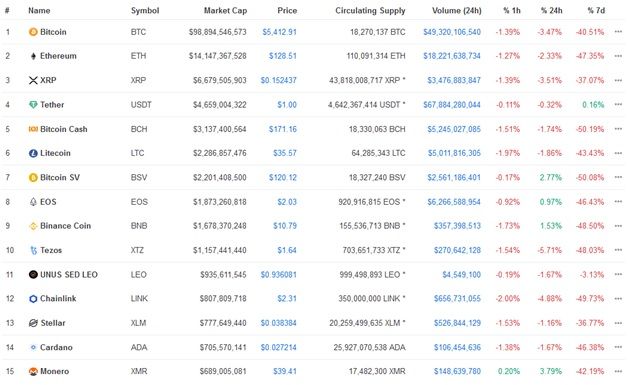 Considering that Bitcoin's trading volume has increased significantly amid the various opinions on the possibility of further decline, Bitcoin will more likely to close at the bottom of around $4,500 level, and the closing price is important for the future trend of any cryptocurrency.

According to CoinTelegraph, market analyst Naeem Aslam said that the stock market's liquidation of cryptocurrency positions such as Bitcoin in the investment portfolio has led to the recent collapse of the cryptocurrency market. He predicted that the drop to the $3,000 line would be inevitable through a larger adjustment.