How to Become Aware About Cryptocurrency Before Investing 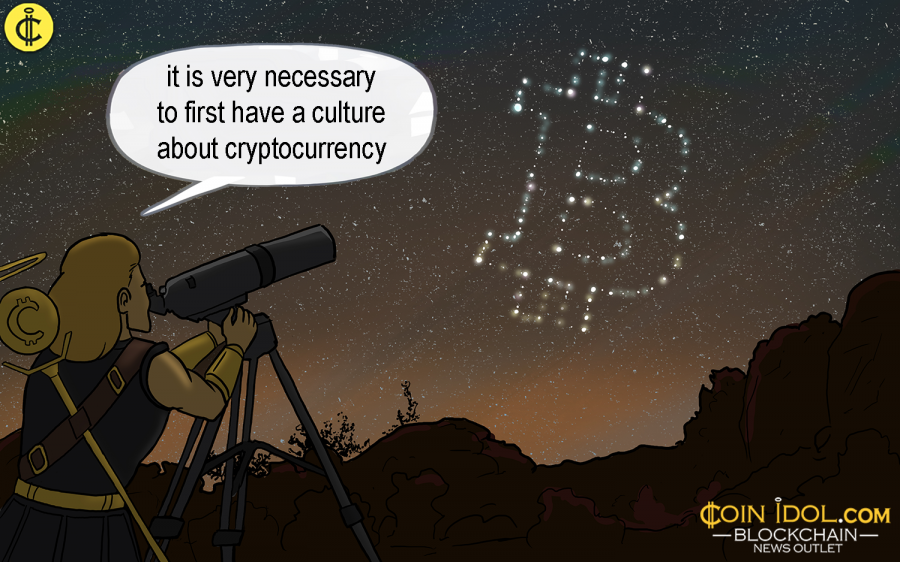 To succeed in investing profitably in cryptocurrency, it is very necessary to first have a culture about it. Clearly, as with all financial markets, there are published guides which perfectly explain all the steps to trade in the sector, and how to give the best of you in the investments you make. However, especially in the digital currency industry, having a culture on the subject is very imperative.

Most people who start from scratch have their main ally in the Bitcoin forums: not only competent users participate in these cryptocurrency forums but also those who want to get an idea of ​​how the cryptocurrency works, its history, curiosity and the news that the concern.

The ability to read different articles, conversations, follow their evolutions by having more opinions and more voices available is the best way to build one's own opinion on the matter at the same time and learn about how the industry runs.

People need to understand the faults of the eminent and normal fiat money to comprehend the progresses BTC has presented with its appearance. They should also appreciate the degree and volume of manipulations taking place in the fiat system so as to control people’s finances. This helps to have their interest and massively upturn the benefits, introduced by BTC in their minds.

Without doubt, showing videos is the tranquil method to teach friends about cryptocurrency including Bitcoin. Videos are generally more real than a thousand spoken or written words since people see visual information cooler.

Translating News into an Investment

Once in possession of the information and knowledge necessary to understand the contents of the news and articles on the BTC situation, then investors move on to the next stage, and try to learn to convert that information into guidelines for their own investments.

The feeling of the people who invest in Bitcoin on their operations often puts a beginner in a position to interpret the current situation. A positive and enthusiastic sentiment on the part of investors, if confirmed by trading signals, will most likely be a symptom of a renewed growth in the value of cryptocurrency.

In the same way, if skepticism and poor enthusiasm carry the day, it is probably not the best time to invest.

Let me think everyone still remembers what happened in 2017, when investors' enthusiasm for BTC was skyrocketing and the price of crypto showed no signs of stopping their growth: despite the skepticism of analysts, actually, Bitcoin increased from about $ 1,000 at the start of 2017 to more than $20,000 in the month of December, and only when the trading signals predicted the disaster, that was the end of the upside and the beginning of the fall.

Therefore, being able to interpret investors' sentiments and trading signals, combining them in a synthetic judgment, is the key to a fruitful investment in BTC and other popular cryptocurrencies. Having a lot of knowledge about something is of no significance except if it is put it into practice.

Short Overview of the General History of Bitcoin

Bitcoin was developed in late 2008 by an anonymous person with the pseudonym Nakamoto Satoshi. At first, the developer registered a domain name dubbed ditcoin.org website and also released Bitcoin’s whitepaper in the same year that thoroughly defined the token’s technical and financial facts. The bitcoin network was officially rolled out on January 3, 2009 and the token’s open source user was released a week later on a software management platform known as SourceForge.

The first person to receive Bitcoin from Satoshi is called Hal Finney and he got just 10 BTC. However, Nakamoto vanished from the cryptocurrency scene after mining one million BTC. Since the disappearance of Nakamoto, very many companies and people have come out to claim that they are the real developers of Bitcoin. Some of those people include Gavin Andresen, Craig Wright, Hal Finney, Dorian Satoshi Nakamoto, Bram Cohen, etc.

Several governments have started seeing the importance of Bitcoin including being used in cross-border transactions, and financial authorities are now working on how to regulate the way it is being used. Many bad actors have been taking advantage of the weak regulation on cryptocurrency to perform their malevolent actions including money laundering, drug trading, terrorism financing, sex, etc. and this has contributed much to tarnish the name of Bitcoin.

If the blockchain and cryptocurrency is properly regulated in the future, they will play a significant part in transforming the financial sector. As we talk now Bitcoin (BTC/USD) is trading above the $10,000 price level and it is expected to skyrocket further to $20k before this year ends.