Cryptocurrency and the State of the US Housing Market 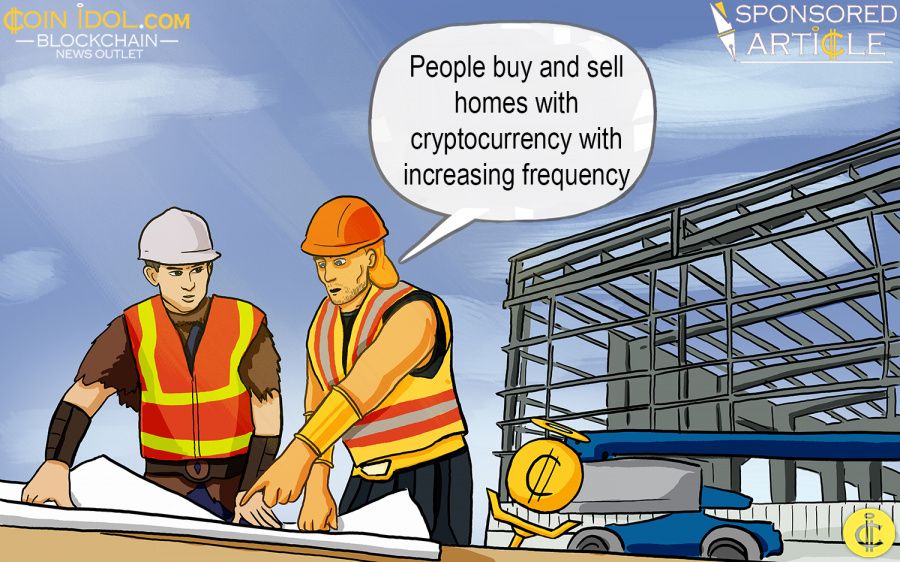 The U.S. housing market is closely tied to the economic health of the nation. Perhaps no historic incident illustrated this vital tie better than the 2008 financial crash when the nation’s subprime mortgage crisis triggered a financial meltdown across the entire economy.

Ten years later, has the housing market recovered? Figures such as Trulia Chief Economist Ralph McLaughlin argue that the answer is complicated: while in some areas prices have improved, true recovery might take until 2025. Furthermore, problems such as affordability and high realtor fees continue to present obstacles to ordinary home buyers and sellers.

Buying and selling homes with cryptocurrency is still far from typical, but these purchases are occurring with increasing frequency. Many individuals in and around tech hubs such as San Francisco hold substantial cryptocurrency assets and are interested in using those assets to make significant purchases such as homes. Though many crypto purchasers ultimately exchange their tokens for cash before transmitting the payment to the seller, Ivan Pacheco made history in late December 2017 when he directly traded 17.741 bitcoins for a Miami condo.

So far, most crypto property purchases have been wealthy individuals acquiring second homes, not first-time or middle-class homebuyers. Proponents for increasing use of cryptocurrency in home buying and selling, such as Florida-based listing company CryptoHome, argue that cryptocurrency property transactions are faster and more efficient than equivalent fiat property purchases.

But cryptocurrency’s volatility can make it an unstable purchasing tool for first time home buyers and sellers; a sum of cryptocurrency that seems massive when the two parties agree on a deal could be worth half of its original value by the time the funds are transferred. Escrow holders, mortgage providers, government collectors of tax payments, and other members of the sale ecosystem might be less willing to work with cryptocurrencies, making an all-crypto sale difficult even if both buyer and seller are on the same page.

Affordable housing is an issue all over the United States. Cryptocurrency is creating new real estate platforms and investment vehicles, but many of these new tools serve high-income rather than low-income populations. Renting blockchain company Rentberry, for example, has drawn fire from community housing activists who argue that its competitive blockchain-based bidding program will further drive up housing costs.

But crypto enthusiasts know that blockchain is a powerful tool, and its potential is far more significant than just serving the wealthy. Berkeley, a city with a median rent of $3,000 and a homeless population of 1,000, is exploring launching new crypto tokens that could fund affordable housing initiatives in their community. The coins would function as securities much like municipal bonds, which are debt securities cities often use to fund infrastructure improvements.

Obtaining a municipal bond can be a complicated and paper-bound process involving multiple stakeholders. Leaders of the Berkeley project hope that handling the process on blockchain tokens could render it more efficient and significantly lower administrative costs. Tokens could make municipal bonds more accessible to a wide population of people who support affordable housing. The project is still in its infancy, but it has promise for demonstrating how cryptocurrency can be used to make housing markets more affordable.

The process of buying or selling a home is incredibly complicated, and most first time buyers and sellers have no choice but to turn to a real estate agent to help them navigate the process. But realtors aren’t cheap, and they’re particularly expensive in the United States. Typical real estate agent fees are around 6% of the home’s selling price, generally paid by the seller and split between the seller’s agent and the buyer’s agent.

Agents in countries such as the UK, Sweden, or China typically only charge 1.5-2% in comparison. U.S. agents can charge high fees in part because the National Association of Realtors exerts immense power over the real estate world through heavy lobbying practices, sometimes drawing the ire of the Department of Justice’s Antitrust Division for practices that stifle competition.

Deedcoin is a new company that’s using cryptocurrency to help consumers navigate a smarter and better real estate agent pricing economy. Deedcoin token holders working with Deedcoin-approved agents can use the tokens to replace cash portions of an agent’s fee. For example, someone selling a $200,000 house would typically fork over 6% of the home’s selling price, or $12,000, to the buying and selling agent. But if both buying and selling agents are Deedcoin-approved, the seller can pay fees by giving the agents 1% of the home’s value ($2,000) in cash and the other 5% in Deedcoin, with 10 Deedcoin representing 1% of the home’s value. Even when only the buying agent or only the selling agent is Deedcoin-approved, savings are still available to Deedcoin token holders.

Deedcoin screens agents to work with and only accepts as many as the local housing market needs. Because token holders can quickly find Deedcoin agents through the company’s website, Deedcoin agents can spend far less of their time and resources than traditional agents acquiring new customers. These time and money savings allow them to close a higher number of annual deals for lower fees. Deedcoin is essentially giving consumers a unique network of low-cost and high-quality agents and using blockchain tokens to manage network access.

The U.S. housing market is complicated, showing both signs of heartening recovery from the 2008 crash and increasingly prominent new problems. Cryptocurrency is adding a new wrinkle to the complexities of the market, and providing new solutions, as well.