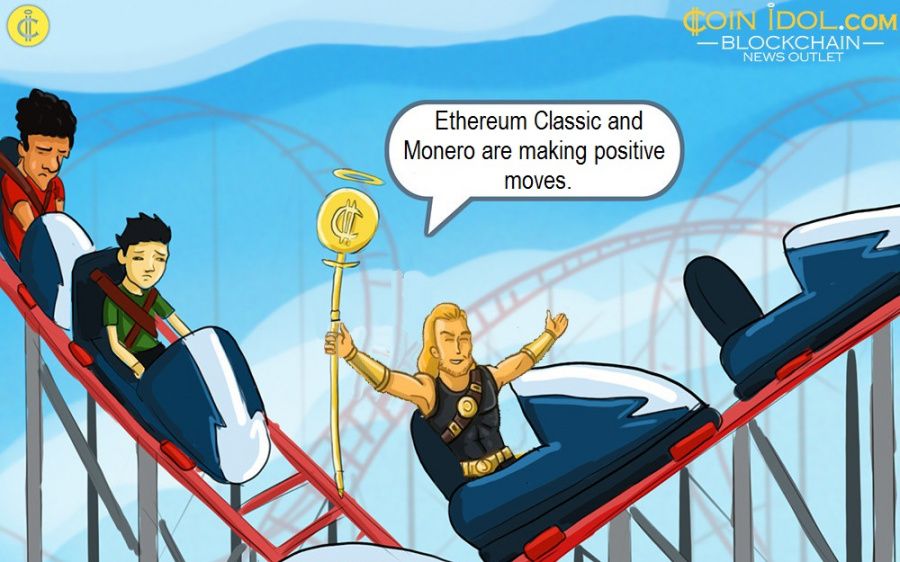 This week the crypto currencies outlook has divergence performance. Ethereum Classic and Monero are still making positive moves as the respective markets reach the overbought region of the daily indicators. The altcoins are presently retracing in the overbought regions. Meanwhile, Tezos, Stellar and LINK are presently in a sideways trend as the coins battle the overhead resistances.

Ethereum Classic is trading in a bull market. ETC has been in a bullish run on January 2. Before this time, ETC has been in a range-bound movement. The pair has been trading in a confined range between $3 and $5. Recently, ETC has a breakout and the price reached a high of $12. Suddenly, it pulled back from its recent high to $8 and continued its upward move gradually to $13. The EMAs are trending upward indicating the uptrend. 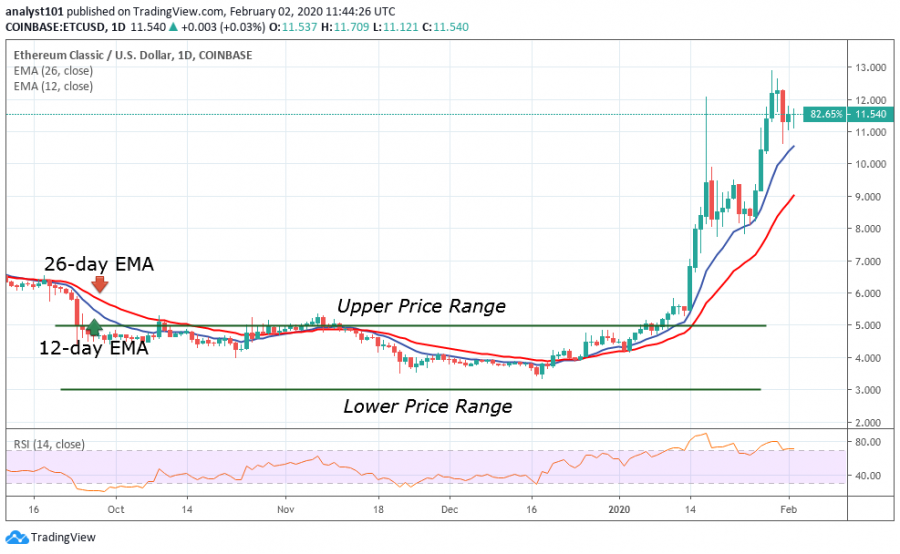 For now, the RSI has dropped to level 69. Before now ETC was earlier in the overbought area of the indicator. In the area, buyers are not on hand to push ETC upward. Rather, sellers were on hand to push ETC downward. Undoubtedly, this explains the reasons why the coin was falling after the rally. 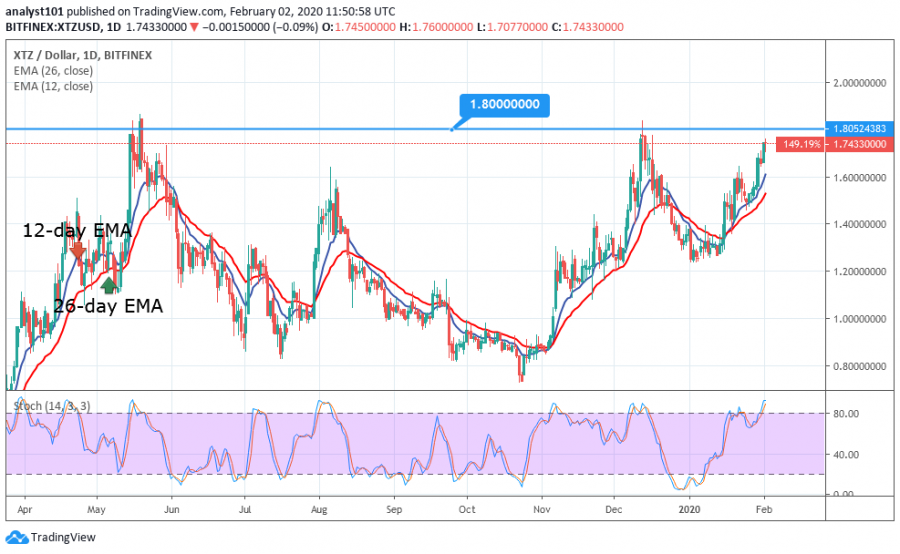 This implies that buying has been overdone. Buyers will not be on hand to push XTZ upward. Certainly, the XTZ will be falling because of the presence of sellers. The coin may fall to a low of $1.20. Nevertheless, if the support at $1.20 cracks, the downtrend will continue to $0.800 low. 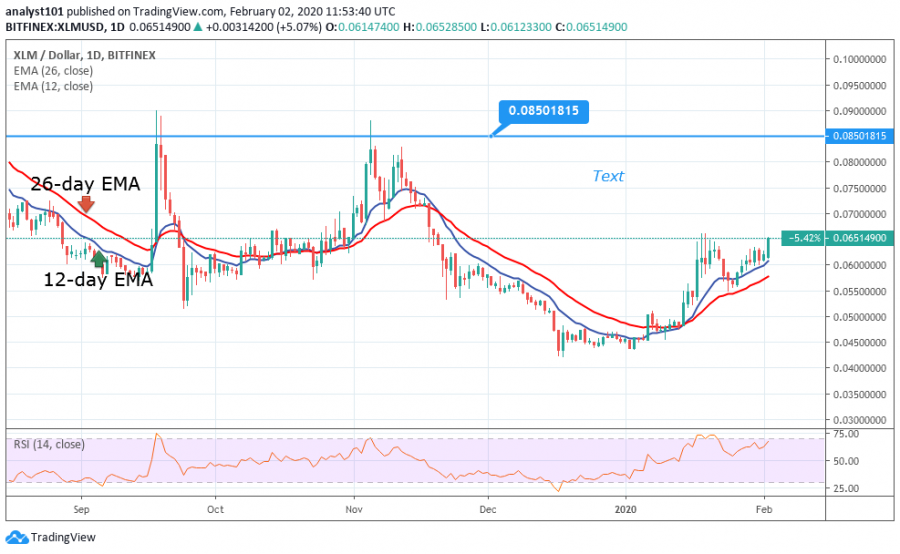 LINK was earlier in a bear market. The selling pressure has been exhausted in September 2019. Sequel to the exhaustion, LINK moves up but it is finding penetration difficult at the resistance of $3. Buyers have tested the resistance on five occasions to break it but were unsuccessful. A break above $3.0 will enable the coin rally above $3.50. On January 31, LINK was on a downtrend after it was resisted at $3.0. In the meantime, the RSI has dropped to level 60 indicating that LINK is still in an uptrend. 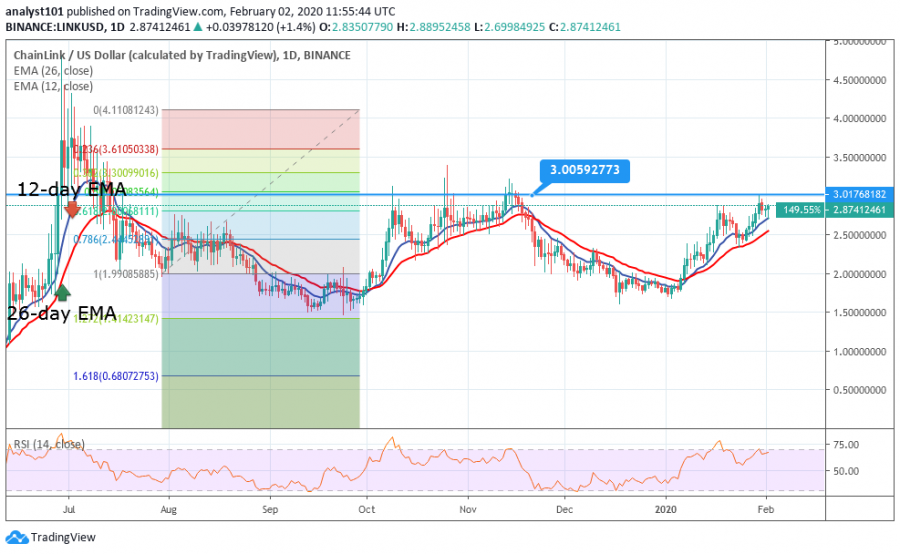 Monero is in an uptrend after breaching the downtrend line. It has risen to $75 but it is facing some resistance. Monero would have rally above $80 if the current resistance is broken. For now, XMR is over the 80% range of the daily stochastic. This explains that Monero is in the overbought area where buyers are not on hand to push XMR upward. Rather, we have sellers responsible for the current downtrend. The uptrend may resume if the price retraces to the support at either $68 of $70. 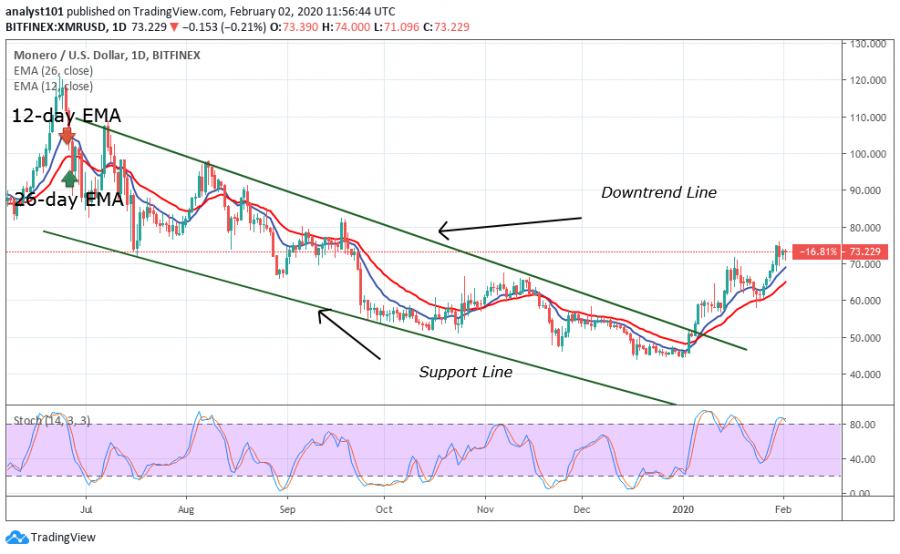