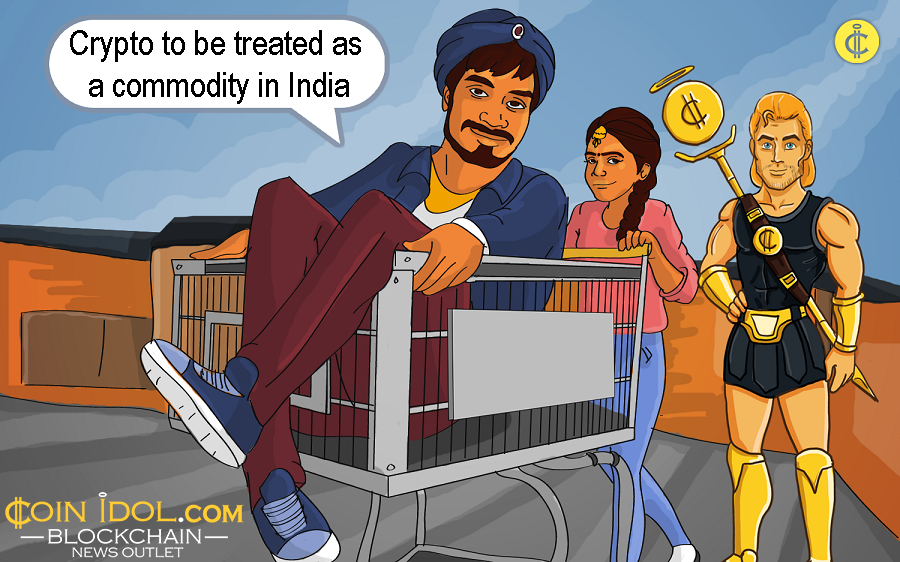 India's government official has revealed that the country's Authorities are more likely to consider cryptocurrency ban and start treating them as commodities. Citing a superior government official who is more involved in the currently happening regulatory discussion in the cryptocurrency periphery, India is more unlikely to oblige a blanket ban on cryptos regardless the latest-enforced central bank authoritative command that forbids banks from offering services to the various burgeoning sector.

The Combined Effort In The Crypto Industry

Earlier ago in April,  the Reserve Bank of India (RBI) released out an official circular to ban all regulated financial institutions across the country from accepting their clients to buy their cryptos via their bank accounts and stopping offering services to all cryptocurrency businesses. On July 5th, the policy of the central bank went into effect when the inter-governmental committee was established that comprises of various government ministries and local banks, chored to forthput a regulatory framework for the crypto sector last year.

However,  the official has noted that the sentiment of the blanket cryptocurrency ban hasn't been yet considered, claiming that there is no one planning to ban cryptos altogether.

Tracking The Source Of Money

The official further said that the committee body is more concerned with how crypto trading can be properly regulated in order to maintain a clear path of the money trail.

"Trade is not a criminal offence. Most of us trade in various asset classes in the stock market. So how is this [cryptocurrency trading] any different? What has to be in place is a mechanism to be sure that the money used is not illegal money, and to track its source is the most important thing," the official stated.

In June this year, the head of the same committee who is the secretary of the department of economic affairs made it clear that panel had made a movement forward in drafting a regulatory framework which is now in the advanced stages and the guidelines are anticipated to be officially published in this month.

The official gave relief to domestic crypto traders and the industry at large when he said that allowing cryptocurrency as a commodity may let them regulate trade better and that it is currently being looked at.

Tags
Central Bank India Cryptocurrency Government Banking Ban Service Money Trading
Most Popular
May 16, 2021 at 11:30
News
3 Reasons Why Payment Service Platforms Switch to Blockchain, Facilitating the Adoption of the Tech
May 16, 2021 at 10:35
News
Chainlink Rally Stalls at High of $52 as Altcoin Retraces for More Upside Momentum
May 16, 2021 at 09:29
News
Uniswap Range-bound Between $36 and $44, Attempts to Breach Recent High
May 15, 2021 at 12:40
News
Low Orbit Crypto Cannon LOCC Lottery Draft Occurs Every Hour | Stake Once to Enter All Upcoming Drafts
May 15, 2021 at 11:20
News
Dogecoin Resumes Fresh Uptrend as Buyers Recoup Above $0.40 Support
More