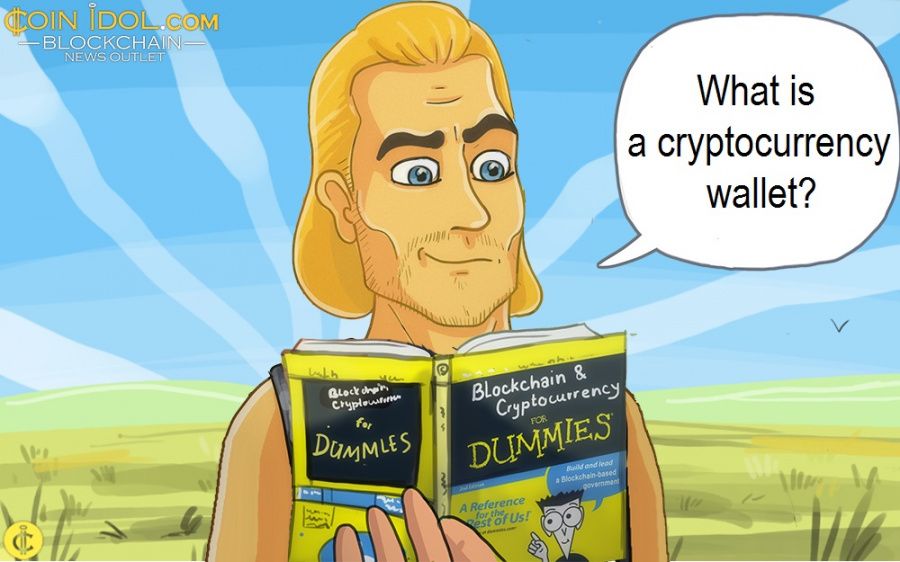 As soon as a new user gets the idea of cryptocurrency, the second most important question is how digital wallets work and what kind of storage for crypto coins should be chosen.

In fact, digital wallets for cryptocurrency work in a similar way like that for digital money, with the only difference that the latter are connected to physical vaults storing physical money, while cryptocurrency wallets are used to store private keys used for obtaining access to digital coins recorded on the blockchain.

Private key is the most important thing when working with cryptocurrency wallets, for a user will not be able to gain access to one’s money without it. Remember the case of QuadrigaCX, when the exchange owner took all private keys with him to the afterlife? Well, that is a classic example proving that private keys matter, so one had better keep them safe and sound.

To send or receive funds using a cryptocurrency wallet, a person also needs a public key. This key does not grant access to the funds stored in the wallet, it is used as the wallet’s address, like the card or account number. Most cryptocurrency service providers offer a feature of dynamic public keys, allowing for changing them before each transaction. The feature is said to enhance the wallet security, however, on the other hand, it might even cause additional problems.

The thing is that transactions recorded on the blockchain are immutable, so as long as a user generates a new wallet address, the old one becomes invalid. Therefore, all funds sent to the old address afterwards are irretrievably lost for both the sender and recipient. For the very same reason, it is necessary to be careful while entering the public key before confirming a transaction. If a mistake is made, the funds will be lost as well.

There are many kinds of cryptocurrency wallets, however, before choosing the perfect storage for one’s coins, a user must first of all decide whether one wishes to use a hot or cold storage. Hot storage is connected to the internet, i. e. it is an online wallet, while cold storage is an offline wallet. Generally speaking, it is a physical device like a flash or a hard disk drive used to store private keys without connection to the internet.

Hot wallets include online storages that can be accessed using a browser, desktop storages and mobile storages that represent apps installed on a user’s devices. They are easier to use and require only registration within a chosen service provider. By the way, many providers offer all kinds of hot storage at once, so a user can use a browser and a PC or mobile app simultaneously, depending on one’s needs. That is quite convenient, as one doesn’t need to register multiple times to take advantage of various kinds of hot storage.

There are numerous services offering cold storages. Now, most cryptocurrency exchanges offer cryptocurrency wallets to store funds, which is very convenient for traders as they do not need to transfer funds and pay additional fees.

Another prominent feature of hot wallets is that they can support many kinds of cryptocurrencies, so you may not limit yourself to a single coin and use many currencies at the same time without the need to get a separate wallet for each of them.

However, hot storages also bear certain security risks. When private keys are stored online, they can be accessed by trespassers, resulting in partial or complete loss of funds. That is what happens when any cryptocurrency exchange is hacked. Among the biggest ones reported by CoinIdol, a world blockchain news outlet, is the hack of New-Zealand exchange Cryptopia that resulted in a loss of around $3 million.

Besides, there are numerous fraudulent projects masking themselves as online wallets to lure trustful customers and steal their money. So when choosing an online wallet, it is better to turn to a reputable service with a firm track record and positive feedback on the web.

Leveraging the security of offline wallets

Those concerned about hot storage’s security and wishing to have at least some physical proof of possessing money, appreciate the benefits offered by cold storages. Basically, a cold storage is represented by a hardware device like a flash drive or even a paper wallet.

To use a hardware wallet, you need to connect it to a PC, while paper wallets represent a private key printed out on paper. Using it is not so easy and requires some technical skills, however, this kind of a cryptocurrency wallet is often preferred by industry whales like the Winklevoss brothers.

Cold storages offer enhanced security as compared to hot storages as all private keys are stored on physical devices or paper, therefore, they can not be hacked and can be stolen physically. On the other hand, a broken hardware wallet is very difficult to restore, while in case of losing a paper wallet the private key is impossible to restore at all. So in case of losing or damaging a physical carrier the funds might be irretrievably lost.

Generally, each kind of a cryptocurrency wallet has its own benefits, so the choice mostly depends on individual preferences and needs of a particular user. Those who value simplicity and convenience would definitely appreciate online wallets, while the users who wish for enhanced security, will most probably turn to cold storages. Anyway, the most important thing one should know about any cryptocurrency wallet is that access to the funds is granted by a private key, so one should make every effort to ensure it is safe and sound in order keep one’s funds unharmed.