Crypto Market Registers a Swamp of New Investors Amid Meltdown 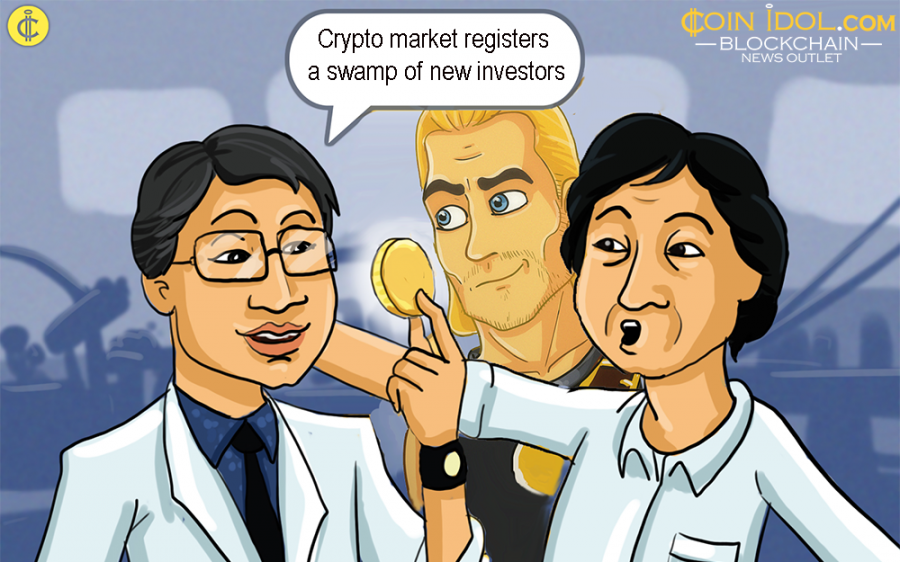 2018 has unquestionably been one of the more ill periods for digital assets in terms of prices, though it has not been considered indicative with feelings of pessimism and despair because adoption is highly increasing as real usage of digital currencies is on the rise. Over the last month, the Bitcoin (BTC) price deeply plunged and is standing at around $3,400. At press time, other major cryptos such as Ripple (XRP), Ethereum (ETH) and Stellar are trading at $0.304, $90.9 and $0.1115 respectively.

With a plunge of almost 87 percent since the month of January 2018, digital currency markets are lying horizontally with no or fewer signs of a rebound. Several industry analysts have anticipated more losses and the conventional media is over-joyfully writing and posting a torrent of FUD.

The Cambridge Centre for Alternative Finance made a thorough study and noted that the number of confirmed users of digital currencies nearly doubled within the first nine months of this year, according to Bloomberg. The study reveals that the real figure has soared from 18 million in 2017 to around 35 million customers this year. Two years ago, crypto users were approximated to be 5 million.

What Does the Survey Data Show?

The research also looks at crypto accounts saying that this number has also leaped and sprung from 85 million last year to 139 million in 2018. The signals are significant for a possible market rally as growing customers will result in wider adoption thus boosting crypto prices.

It alluded that several users are long-term investors or anticipators, who hodl anything they gathered as selling in present climate will result in lofty losses for many.

“Conforming with popular narratives, survey data indicates that the majority of users – both established as well as new entrants – are individuals and not business clients. Individuals can be hobbyists, retail investors, consumers, or users seeking a better investment or payment alternative,” the study revealed.

Rising user masses has led to a hefty flourish for digital currency exchanges that are still unjustly enlarging notwithstanding the market crisis. Binance still leads the charts for modified day-to-day trade volume as per Coinmarketcap, albeit, that also has declined from more than $2 billion daily to almost $400 million where it is presently standing.

Currently, digital currency markets are a small billion away from their all-time low of 2018 and now capitalization is back at last year’s August point. More than $700 billion has been obliterated from crypto markets in 2018 though that money was one time there and waits to return to the space when crypto markets begin to regain, that would be perhaps next year.