Crypto-Malware Cases Have Increased More Than 500% This Year 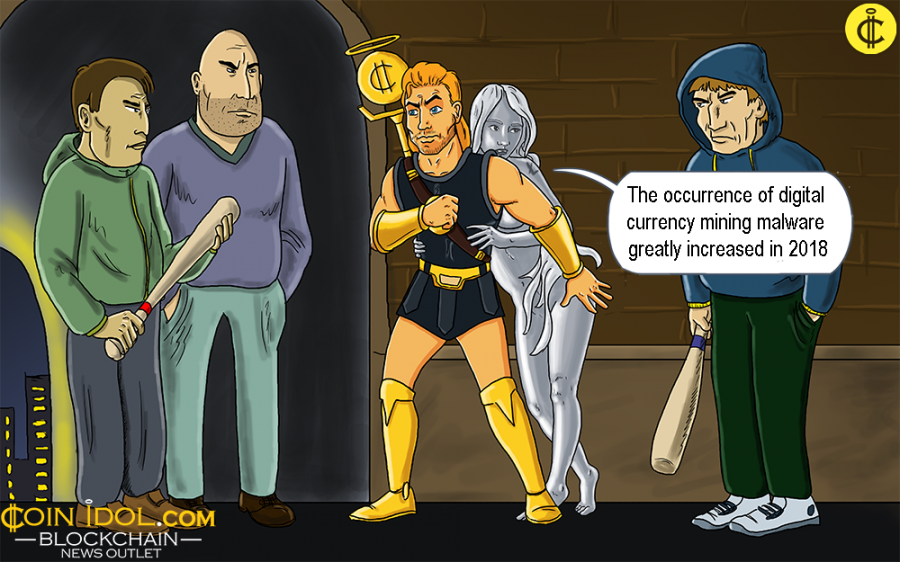 A new report, produced by CTA, has revealed that the occurrence of digital currency mining malware greatly increased in 2018. The reason for the rapid growth has allegedly been leaked code, stolen from the US National Security Agency (NSA).

“Combined threat intelligence from CTA members show that this rapid growth shows no signs of slowing down, even with recent decreases in cryptocurrency value,” the CTA paper reads.

According to recent research published by Cyber Threat Alliance (CTA), the detection of illicit crypto mining activities has significantly risen. If we compare this year data on malicious mining to that of last year, we will be impressed because it has surged 459 % over a year.

Eternal Blue, a programme used to weaken the security of Microsoft software, is one of the most frequently applied malware. It has firstly appeared in 2017 and continues to cause damage. The hacking code is mostly used for illegal Monero mining (85%), while Bitcoin mining makes only 8% of the total number.  Other virtual coins are mined at the limits of 7%.

Bloomberg states that the mechanism was initially stolen from the NSA by the so-called “Shadow Brokers” hacking group. The NSA currently has given no comments on the matter.

Tags
Mining Malware Code Report Digital currency USA Hack Attack
Most Popular
May 13, 2021 at 15:37
News
Binance Coin Drops to Previous Range-Bound Zone, Unable to Sustain Above $700 High
May 13, 2021 at 14:57
News
Bitcoin Plunges below $50K Support Level as Bears Threaten to Short to $44K Low
May 13, 2021 at 14:03
News
The e-Commerce market is Vulnerable to Fraud and Merchants Are Unprepared to Prevent it
May 13, 2021 at 11:05
News
Giant Telecom Companies Turn to Blockchain to Speed up Technological Progress
May 12, 2021 at 15:03
News
Cardano Consolidates Below Recent High as Bulls Attempt to Breach $1.80 Resistance
More