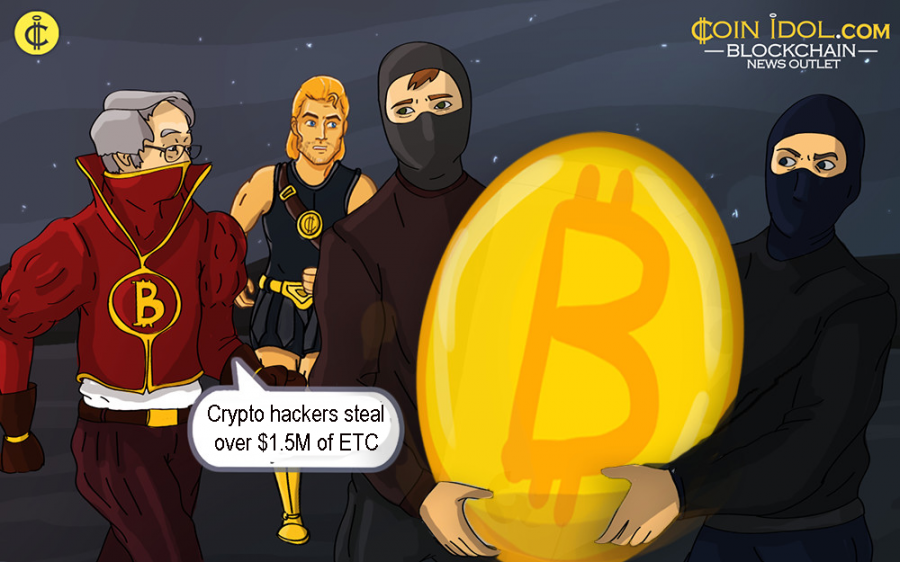 Ethereum Classic (ETC), a byproduct of the globe’s second most famous cryptoasset, has been hit by several big attacks on its blockchain technology network. Anonymous hackers vanished with over $1.5 million (approx. £1.2m) by conducting a 51% attack on Etereum Classic’s rudimentary technology. At the time of press, ETC is exchanging hands at $4.68 USD (-7.15%).

Well-known crypto exchange Coinbase was forced to stop trades of Ethereum Classic because of the attack.

Coinbase communicated to its clients through a blog post on Monday, January 7, that over $1.5 million had been stolen by malicious hackers via a double spend event.

"Coinbase detected a deep chain reorganisation of the ETC blockchain that included a double spend," the blog post indicated. "In order to secure clients’ funds, we immediately paused interactions with the ETC blockchain.”

A deadly 51% attack is technically  possible on any crypto, however, it is very hard to fulfil.

It requires taking charge of more than ½ of the network’s mining computer power, which is utilized to both produce new units of the cryptoasset and confirm transactions on the network.

This enables a ‘double spend,’ by which whatever person is in control of the network in question can successfully spend units of the cryptoasset twice (double).

"If a majority of computer power is controlled by honest nodes, the honest chain will develop the fastest and surpass any contending chains."

ETC is presently ranked the 18th most valuable cryptoasset on coinmarketcap, nevertheless, the up-to-the-minute attack is likely to scathe investors’ and traders’ trust in the cryptoasset (ETC).

Previous 51% attacks on cryptoassets such as BTC byproduct Bitcoin Gold have led to a plunge in their value.

However, the ETC team revealed on Twitter that rising hashrate might be tied to the testing of new 1,400/Mh ethash devices by ASIC creator Linzhi. However, they acknowledged that double spends could also happen:

“Linzhi is testing ASICS. Coinbase reported double spends; both may be true.”

In the meantime, Linzhi’s director of operations, Wolfgang Spraul, denied the allegations in a tweet which was later deleted, saying that they might itself be part of (or behind) the malicious attack.