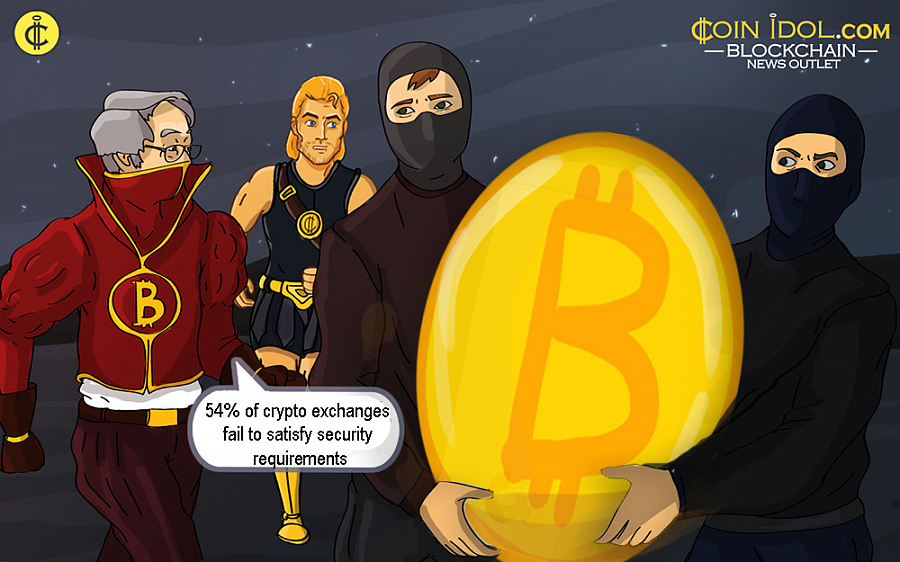 According to research conducted by ICORating, only 46% of the digital currency exchanges examined met certain parameters necessary to maintain security and immunity of the platform. Moreover, during the last 8 years, $1.3 billion was stolen as a result of crypto exchange hacks.

"Over the years, digital thieves have stolen millions of dollars’ worth of cryptocurrency from various exchanges. Transactions and assets are not secured in any way, which makes investing in cryptocurrencies really hazardous. The largest cryptocurrency exchanges contain vast amounts of digital cash. These facts are really attractive for hackers," the report said.

The report produced by ICORating, an independent agency that evaluates ICOs, was published on Tuesday. It highlights key reasons for crypto exchange hacks, relying on four criteria. They include code errors, web protocol security, user account security, and registrar and domain security.

The report focused on digital currency exchanges with daily trade value of more than $1 million. There were examined 100 crypto trading platforms, however, only 46% of them were able to meet all four security requirements. For example, they succeeded in providing an opportunity to create a password that can extend 8 characters, passwords with digits as well as letters, email verification, and two-factor authentication.

Taking into account a gross number of exchanges that didn’t meet necessary criteria, it is a high time to remember what can happen if a trading platform neglects security. One of the largest bitcoin exchanges in the past Mt. Gox was a victim of a huge hack back in 2014. The company lost 850,000 bitcoins worth over $450 million (nearly $5.5 billion now), that are regarded to be stolen due to a lack of testing policy.

In 2016, Bitfinex, a Chinese crypto exchange, was hacked. Swindlers took 120,000 bitcoins valued at $72 million (around $770 million now). The weak point in the company’s security work became poor organized management of user accounts. Bitfinex earned 43 points in the ICORating reported and was given #54.

The Japanese exchange Zaif was hacked last month, with $60 million in cryptos stolen. Zaif was one of the two trading platforms that failed to cope with all four criteria and was fairly ranked #89, collecting only 29 points. Another exchange was OKCoin.cn that came in the 100th place.