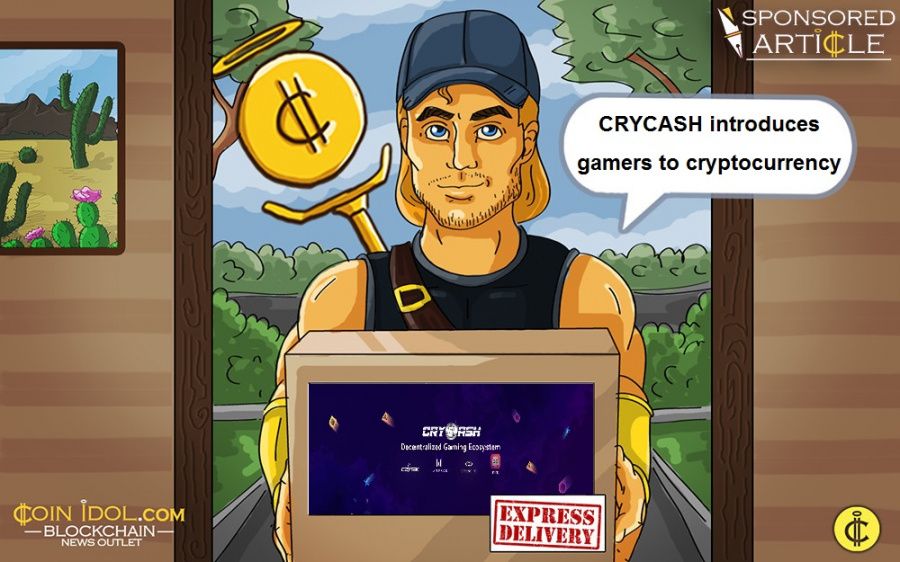 Decentralized gaming solutions provider CRYCASH has announced a public crowd sale event to start on December 12th, 2017 until January 15th next year. The independent firm intends to create a democratic ecosystem of custom-tailored products and services for gamers, fuelled exclusively by the CRYCASH token, predicted to introduce cryptocurrency to millions of online gamers and developers.

Having now confirmed its first partnership with video game developer and publisher Crytek, the CRYCASH token project will now benefit from the experience of Crytek’s immensely successful Crysis franchise and the legendary original FarCry.

CRYCASH will be the first cryptocurrency of its kind that meets all the diverse needs of gamers and game developers. Gamers already active on the Crytek suite of online games, beginning with the Warface Turkey title, will be able to use CRYCASH. Additionally, it will be integrated as one of the payment methods in the CRYENGINE Marketplace, with the CRYCASH platform used as an advertising service to bring in new generations of players to existing and future products.

Crytek Managing Director Faruk Yerli was equally pleased with the announcement, noting the impressive approach by the CRYCASH team in proposing innovations that will bring more value to gamers, while providing an opportunity to develop new players into its growing user base:

"Already several times Crytek has revolutionized video gaming industry with its award-winning products such as the original FarCry, Warface, Crysis Franchise, and Ryse: Son of Rome and that have been enjoyed by more than 50 million players around the world. Being a trendsetter in gaming, our strategy is to introduce the benefits of new technologies before they become mainstream. We’ve been looking into blockchain for a while now and, having reviewed various cooperation proposals, we finally chose CRYCASH as a technological partner."

Early participation will be rewarded with bonuses, depending on the timing. The bonus starts at 15% for the first 120 hours (five days) of the token sale, after which it will reduce by 1% every 24 hours until 18:59 UTC on December 31st, 2017. Significant contributions of at least 200 ETH will receive an additional 20% bonus on top of existing purchases and bonuses.

CRYCASH is a decentralized ecosystem of bespoke gamer products that consists of a dedicated mobile application for players’ communication and collaboration called Plink. It also has a wallet to store CRYCASH earned for completing game tasks; a virtual item trading marketplace; an eSports betting and events Cyber Sports platform; and an advertising platform for game developers. The CRYCASH solution utilizes the CRC token, with partner Crytek already poised to use CRC on its suite of games catering to millions of global players.

To learn more, visit the Website or read the Whitepaper.