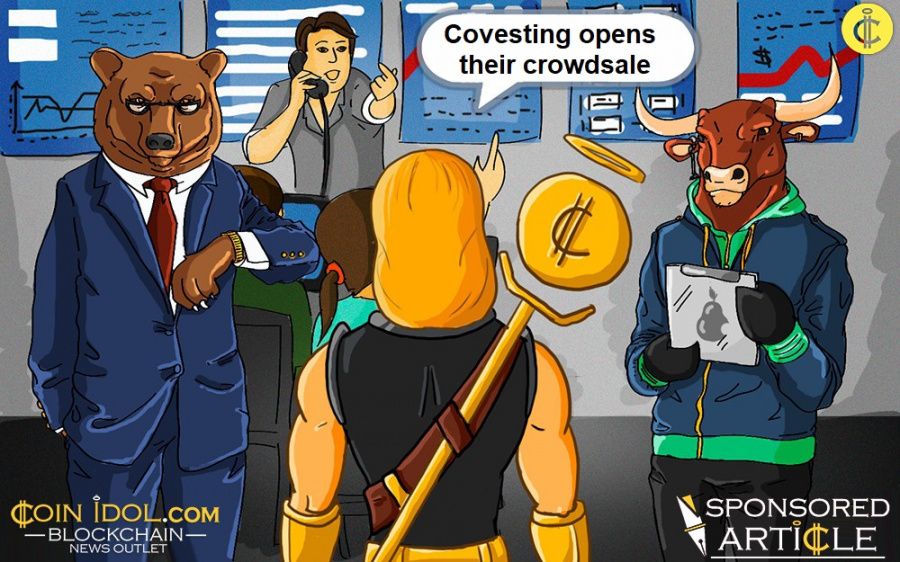 Covesting is a peer-2-peer digital asset management platform combined with the most complete infrastructure for investors and cryptocurrency traders. The platform is being built by ex-Saxo bankers and allows any investor to copy the trades in real time of professional cryptocurrency traders, while keeping their funds safely in their own accounts. Traders can start a career as fund managers by proving their performance, which is tracked transparently, directly on the Covesting platform. Traders can trade from many of their favorite crypto exchanges and will not have to change their current trading habits.

Covesting’s launches a public crowdsale, after successfully completing their Pre-ICO stage on November 19th, raising over $1,1 million dollars and exceeding their goal in just two weeks. The Pre-ICO period which lasted roughly one month, had over 1,700 participants and brought in over 3,000ETH, adequately funding the company through its platform development phase.

Covesting will also feature the Crypto Intelligence Portal, encompassing a complete knowledge base of all cryptocurrency related information from a carefully selected group of unbiased sources, as well as market analysis, forums and discussion based around trading. 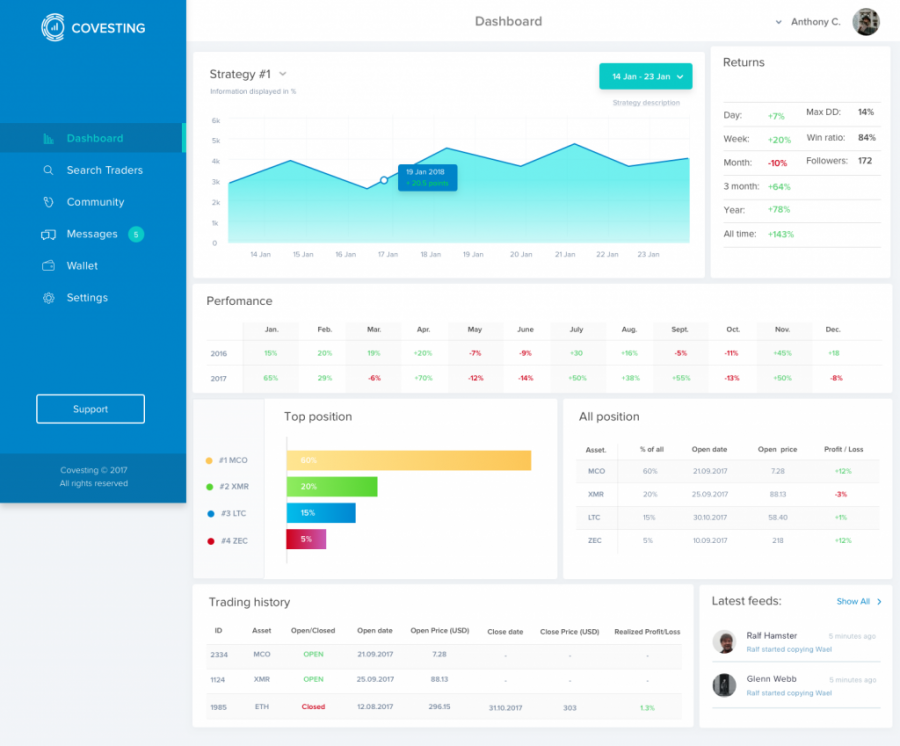 Almost a week ago, Covesting has announced that it has officially incorporated in Gibraltar, a move that should help the fintech startup flourish in a nation with friendly regulations in both the financial and technology industries. Such move is incredibly important for distributed ledger based technology companies because Gibraltar is one of the few places that has officially enacted regulation around what is permitted. Gibraltar’s Financial Services Commission ratified laws pertaining to all distributed ledger based companies to go into effect Jan 1st, 2018

In order to develop the platform within shortest period of time, Covesting team has decided to go for Initial Coin Offering (ICO). Covesting project provides the unique opportunity to take part in a crowdsale and benefit from its growth by purchasing Covesting Tokens prior to the beta-version launch of the platform. All proceeds from the token sale will fund the product launch, continued platform development, and user acquisition.

The ICO opens on November 24th at 13:00 GMT time, and will run for one month until December 24th. The initial rate is 200 COV per 1 ETH in the public ICO, but scales down as more ETH are contributed, and eventually will lower to 130 COV per 1 ETH. Investors are encouraged to participate early as the rate drops after just the first 5,000 ETH is contributed.

You can also find Covesting on social media: