Central Banks of 15 Diverse Countries are Ready to Embrace Cryptocurrency 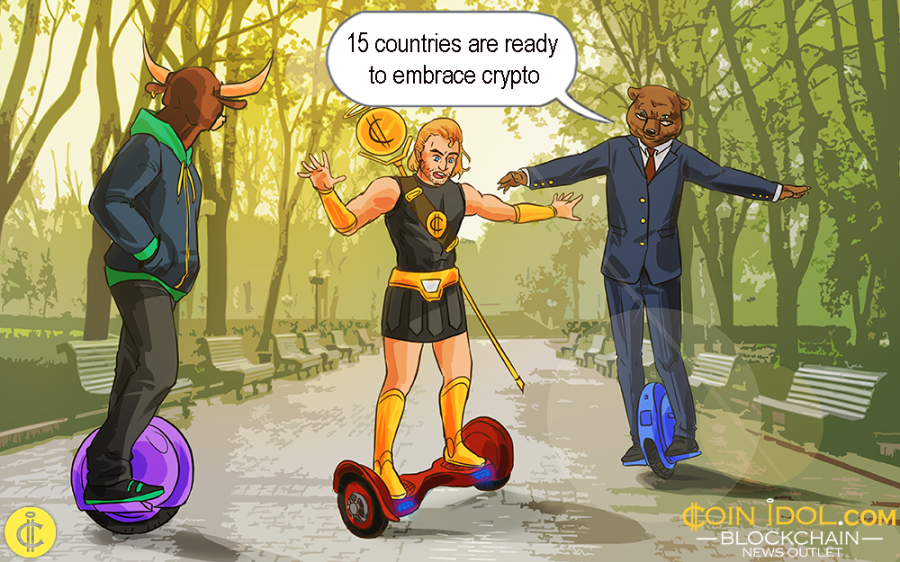 A report published by the International Monetary Fund (IMF) outlines that 15 different countries are considering joining the global fintech trend and adopting central bank digital currencies (CBDC) as a method of payment. The IMF has emphasized two main reasons for such a decision in the report.

The IMF report revealed the names of 15 countries interested in the implementation of digital currencies, namely the Bahamas, Canada, China, Central Bank of Curaçao and Sint Maarten, Eastern Caribbean, Ecuador, Norway, Senegal, Sweden, Tunisia, and Uruguay. It is interesting to notice that the interest in crypto sphere has increased proportionally to the decrease in the volume of transactions on the crypto market.

It is assumed, that if private institutions adopt and start using the virtual currency for payments on a regular basis, then a surge of enthusiasm about the new payment method will be registered across central banks as well. For example, in Sweden, mobile payment applications have become very popular, and the circulation of cash has declined so much that experts believe all Swedish stores and businesses will no longer accept banknotes in a few years. The state should offer an alternative to the private market of payments, the Central Bank of Sweden said recently.

The People’s Bank of China, meanwhile, has also been working on its own cryptocurrency project. This autumn, it posted job opportunities hiring specialists capable of developing software, encryption models, and microchips for “digital fiat currency”.

The document, published on the official IMF website, indicated that there are two main reasons for the countries to develop cryptos and their underlying technology, known as blockchain. First, the role of cash will be weakened by state crypto coins. Another reason is the desire of central banks to use this financial technology in order to make contact with the millions of citizens who have not opened a bank account or do not have access to financial services.

“Money itself is changing. Beyond regulation, should the state remain an active player in the market for money? Should it fill the void left by the retreat of cash?” IMF’s head, Christine Lagarde said.

“Does the government have an obligation or a duty to provide risk-free money to the general population? Does that duty persist after cash usage drops off?” a research scientist at MIT’s Digital Currency Initiative Robleh Ali argued over Lagarde’s view.