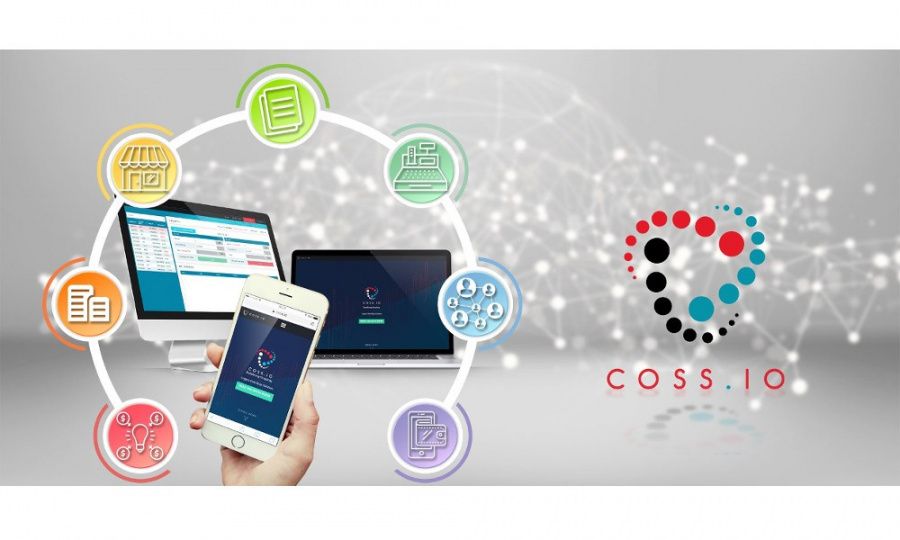 April 6, 2017, Singapore – The Singapore-based  ‘Crypto-One-Stop-Solution platform’ (COSS) has announced the beta release of its cryptocurrency services. The cryptocurrency solutions platform brings together a dedicated wallet service, exchange, and a merchant platform upon which cryptocurrency enthusiasts and investors can interact, trade currencies and ideas.

The COSS project is developed by an international team headquartered in Singapore under C.O.S.S. PTE LTD license and guided by the company’s CEO Rune Evensen. The COSS initiative was first presented by Rune to the MIT Fintech course committee in early 2016, and it’s due to the continued support and belief of the participants of the course that such a massive project was able to come to fruition.

After the course, the COSS team devised a detailed strategy, highlighting plans to initiate the project by December 2016, to be followed shortly by the Beta phase in early Q1, 2017. COSS has been dubbed ‘the living project’ by its developers and is designed with the intention of creating a self-sustaining ecosystem that can continue supporting more and more start-ups over time until the end of the internet itself.

In February 2017, the platform published its  whitepaper on COSS.IO homepage, outlining the technical specifications of the platform. COSS developers, learning from the past errors of Bitcoin developers have focused on the security of the platform, implementing the more consolidated, cryptocurrency-agnostic platform for the benefit of crypto-community and others.

The main purpose of COSS is to create a single, user-friendly ecosystem suitable for mass adoption among non-technical users, or individuals new to the Industry. The platform enables a system that combines cryptocurrency and fiat services, made available to customers over a single registered account within the platform.

The CEO of COSS Rune Evensen sharing thoughts about the platform’s focus said,

“Redefining simplicity has been on our mind since day one, and we truly believe that COSS can make it a lot simpler for any average Joe out there to enter the world of cryptocurrencies and blockchain-related products and services.”

The beta soft launch version of COSS platform has enabled its exchange feature with fully operational payment gateway (POS) system. Interested users can now test the exchange, merchant list and point-of-sale to get a feel of COSS platform and realize its vision. The cryptocurrency platform’s other main features, including a crowdfunding tool, an ICO platform, third-party plugins, market cap and coin overviews, a blockchain forum, remittance and payment gateway are all just around the corner awaiting implementation.

The native currency of the COSS platform,  VEROS is implemented as an Ethereum smart contract, which governs the validation, distribution, value and the ownership of the tokens. Apart from VEROS, the platform will support most widely-used cryptocurrencies, enabling customers to convert them into fiat via the COSS exchange service. A lot more features will be added to the platform during the next phase of development.

“I would like to personally thank all the involved parties that have contributed endless hours to this project. Although we are just getting started, it is a huge MILESTONE for us to finally go live.”

COSS stands for Crypto-One-Stop-Solution and represents a platform which encompasses all features of a digital economic system based on cryptocurrency. The COSS system consists of website payments, seller tools, a marketplace, financial module, e-wallets, coin facilities and a mobile platform. The platform unifies the most popular crypto and fiat currency services, e.g. exchanges, payrolls, wallets, acquisitions and transactions.

COSS.io is the source of this content. This press release is for informational purposes only and should not be viewed as an endorsement by CoinIdol. We take no responsibility and give no guarantees, warranties or representations, implied or otherwise, for the content or accuracy.  Readers should do their own research before investing funds in any company.