Is Coronavirus a Big Influence in the Bitcoin and Cryptocurrency Market? 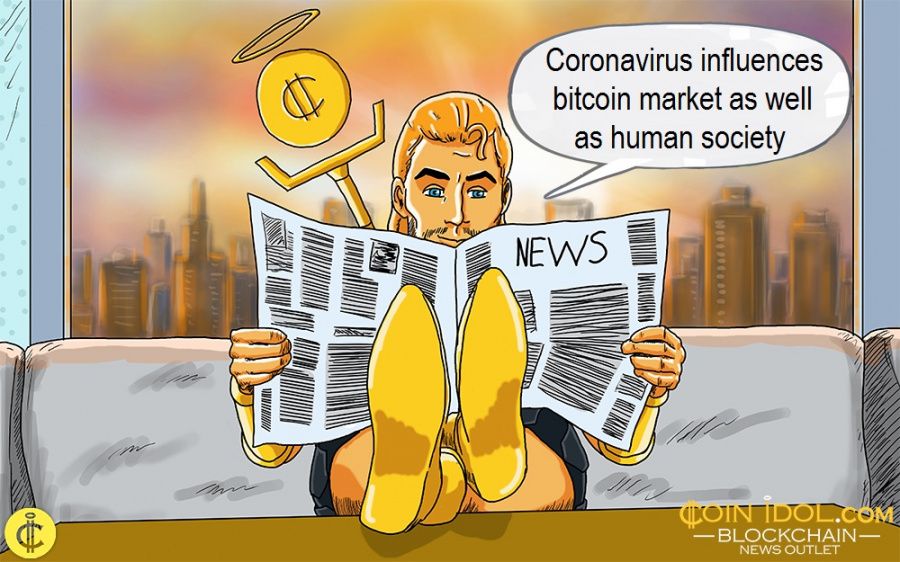 One of the main events occupying the global news is the outbreak of the deadly Coronavirus (CoV) in China. And this disease has so far killed over 400 citizens from the time it was detected, and its effects are very strong for both the public health and the economic sector.

Let’s see in this article what the Coronavirus has caused (is expected to mean) in the Bitcoin and cryptocurrency market. All digital currency investors and traders shouldn’t miss this one.

Not even this month, and it looks as if more news has happened since the commencement of this leap year than in the entire of last year combined. At the start of this new decade, the U.S President Donald Trump played "First War" with Iran, Australia caught fire because of the poor weather prediction, the wave of locusts attacked and demolished a wide area of the African continent, and a deadly virus also busted from Asia particularly in China.

For some Bitcoin and digital currency analysts and fanatics, the time of global crisis and geopolitical uproar has become a good chance to enlighten the price oscillations of BTC. This occasion has even stimulated a prevalent emoji packet in which negative or apparently isolated events are randomly attributed to the value of digital currencies.

As the theory states it in indeterminate periods "This is good for BTC," venture capitalists will look for non-sovereign assets and currencies to guard their valuable assets and wealth as well.

For those people that believe in Bitcoin being a safe haven, its price routine has been outstanding during the course of the 2020 turmoil, and it has soared its worth by around a third since the commencement of the year, which gives the impression of no coincidence.

The BTC/USD price now seems to be directly connected to intensified concerns about the global CoV illness. At press time, Bitcoin is trading at approx. $9,775 (3.68%) with a market cap of more than $177.98 billion and volume of $37.65 billion with a dominance of over 64% and the entire market cap is standing at $276.957 bln, according to CMC data.

Since the quarantine and solitary confinement of Wuhan on January 23, 2020, the BTC/USD price has been surging daily, and the value has at least managed to soar by about 10%. It is currently trading above the $9,000 level and is also seeing its uppermost level since November – and is believed that it will once again reach in five figures if the trajectory direction is unaltered.

Since the eruption of the virus, it is only BTC that has been affected, other altcoins have followed suit. For example, Ethereum (ETH), Ripple (XRP), and Bitcoin Cash (BCH) have all seen substantial value gains.

Some participants in the industry including Simon Peters, an analyst at eToro have made their observations regarding the instabilities be it political or economic that normally happen (like the US-Iran and US-China trade wars) and the world and the effects they cause.

Simon said: "After the traditional stock market turmoil, prices have jumped to an almost 3-month high, cementing the growing position of cryptocurrencies as a potential refuge investment." Added that "Tokens appear to be imitating the classic refuge of gold, and this response has increased in recent days because of concerns that the CoV is now thinning out internationally."