Coronavirus and Price Volatility Cause Bitcoin Transactions Decrease, Darknet Suffers the Most 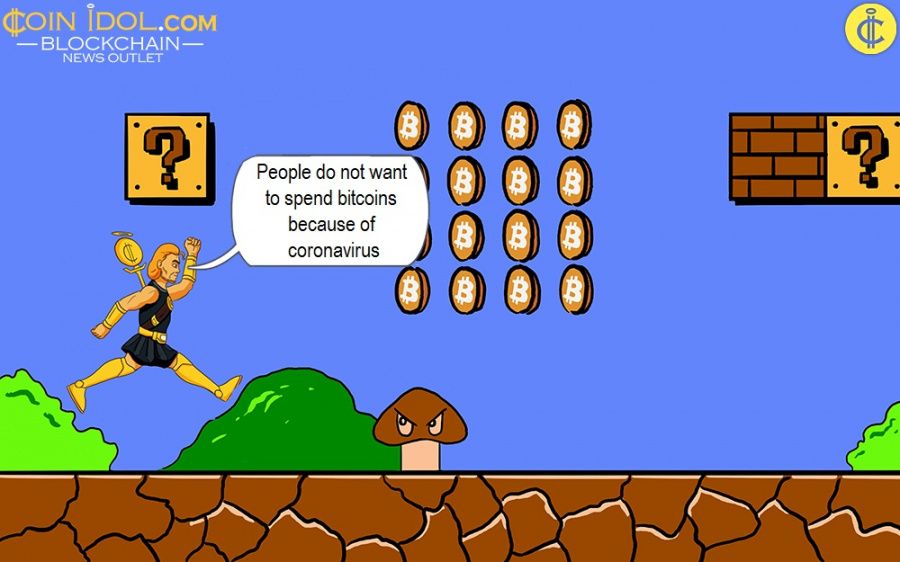 Most people use bitcoin for investment rather than for payments, it is a currency, after all. And some users perform transactions with it just like with ordinary money, which it is, in fact. However, as the price of bitcoin has become highly volatile, the number of people willing to spend it has decreased sharply.

No wonder. You would hardly find a sane person that would spend BTC when it costs around $6,600 when one had bought it when the price was $9,000. As the COVID-19 pandemic caused a significant drop in practically all markets, people have become much more careful with spending any kind of money, including bitcoins.

One one hand, high price volatility caused an increase in traders’ activity as they seek to get some profit during this period. On the other hand, those who use BTC as payment have become much more passive, as the Chainalysis report shows.

As many internet markets like Amazon accept bitcoin payments for ordinary goods, people often use this digital currency for ordinary shopping. So, over time, there has been a correlation established between Bitcoin price and the number of transactions. The higher it was, the more BTC was used as means of payment. Quite logically, as the coin possesses higher purchasing ability when its rate increases.

So, it is also logical to assume that in case of a price drop there should be a proportional drop in the number of payments using it. And it is in fact, though not as significant as it could be expected. Some people still shop for some goods they need every day using Bitcoin, despite the high volatility of its price.

It might probably be explained with the fact that cash is considered to be dangerous during the coronavirus pandemics as it can possibly facilitate the spread of the virus. So, while many countries try to minimize the use of fiat money, sometimes even closing it for quarantine, people are forced to use digital currencies for payments.

Surprisingly, this time the Bitcoin price drop has touched the industry that is usually insensitive to its volatility. Darknet dealers widely use bitcoin payments for drugs and other illegal goods due to the currency’s anonymity. That is why they do not pay much attention to how the price changes. However, now there is an obvious decrease in BTC transactions on the darknet.

Perhaps, this time the volatility is higher than the risk of being caught. No drug dealer would sell drugs for bitcoins while there is a possibility the amount one has received would cost nothing the next day. Or maybe it is simply because the demand for such goods has fallen. Coronavirus pandemic caused people to get concerned with their health and its improvement. And buying something like drugs would definitely not help to improve anything.

Or there might be the third reason. The start of the COVID-19 pandemic caused a significant increase in scams and fraudulent schemes as the overall chaos makes it simpler to get away with illegal activity. In its turn, it has caused law enforcement agencies and governments to consolidate their efforts and work towards catching criminals more actively.

For instance, coinidol.com, a world blockchain news outlet, reported that Interpol is exploring the possibilities of innovative technologies to increase the effectiveness of their work. Currently, the agency turns to artificial intelligence to develop an improved data analytics platform that would allow it to track activities in the darknet.

Anyway, it is obvious that even the pandemic and price volatility can’t stop people from using digital currency for payments. Who knows, maybe this trend will become stronger even after the quarantine ends?

Tags
Bitcoin Price Transaction DarkNet Coronavirus Payment Money
Most Popular
May 07, 2021 at 10:39
News
Revolut Users Will Gain Stronger Control of Their Bitcoins with New Withdrawal Feature
May 07, 2021 at 09:27
News
Binance Coin Retraces to $600 Support and Resumes Upward Move, Further Upside Momentum Likely
May 06, 2021 at 12:32
News
Bitcoin Struggles to Sustain Above $58,000 Support, Lacks Buyers at Higher Price Levels
May 06, 2021 at 11:35
News
Ethereum Is Growing on a Wave of Investment
May 06, 2021 at 10:36
News
MasterCard: There is Increased Use of Digital Payment Technologies During Covid-19 Pandemic
More