CoinMarketCap Provides Wrong Data: Was It a System Error? 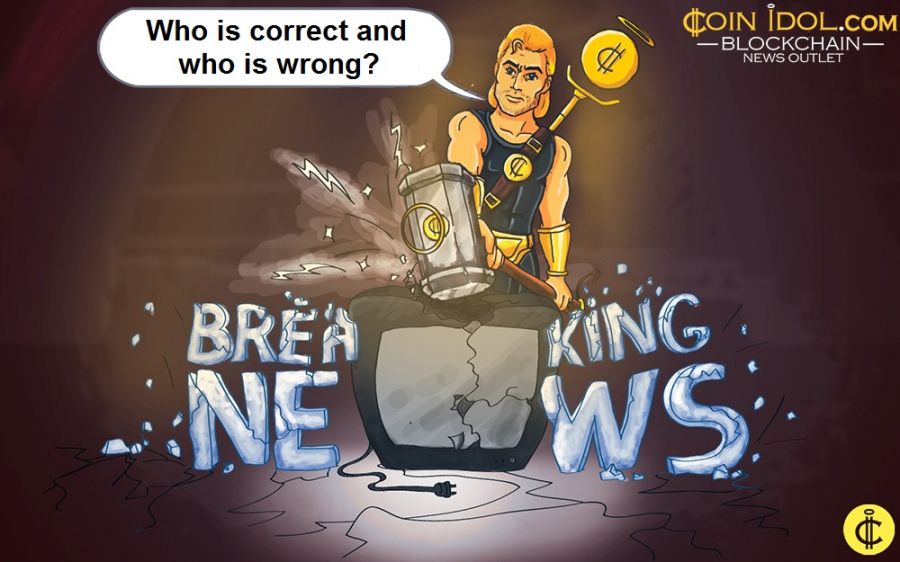 On June 13, the world's most-referenced price-tracking website, CoinMarketCap, has provided wrong data for most of the cryptocurrencies including their market caps, dominance and others. This wrong data was misleading the community especially those who want to sell, buy or invest in certain cryptocurrencies.

Remember in regulated markets, it is illegal for any person or company, at the time of sale of a product, to charge an amount exceeding the price, or to compute an amount over and above a true extension of a price per unit, that is then advertised, divulged, posted, marked, displayed, or quoted for that particular product. But since the cryptocurrency industry is not yet regulated, that is why all this is happening.

In its purest form, an unregulated market including cryptocurrency is when the allocation of resources is fixed by supply and demand, minus any intervention from the central body. Supply and demand bring competition to the market, which enables a guarantee that the best cryptocurrencies are provided to users at a lower price.

Who is correct and who is wrong?

As of now, the entire cryptocurrency market capitalization for over 10,415 coins being displayed by most price-tracking websites including TradingView is standing at just above $1.604 trillion, but surprisingly on June 13, CoinMarketCap has been displaying that the total market cap for all the tokens globally is standing at about $508.874 billion.

Surprisingly enough, the market cap for Bitcoin was $742.533 billion, which was far greater than the entire market cap  (by about $233.656B) belonging to over 10400 coins. The dominance of Bitcoin and Ethereum was also 145.6% and 57.2% respectively, there is no way this can happen. Besides the share for BTC, the sum of the two coins is far above 100%, which shows imprudent manipulation of the highest order.

What was the reason for such a mistake?

Providing wrong information can lead to discouraging institutional and retail investors from making extra investments into the cryptocurrency industry hence calling for its fall.

The whole motive behind this manipulation by CoinMarketCap is not yet known and clear. Maybe there was a fault in their system or it was an inside job done internationally to either damage the reputation of the site or mislead the community. 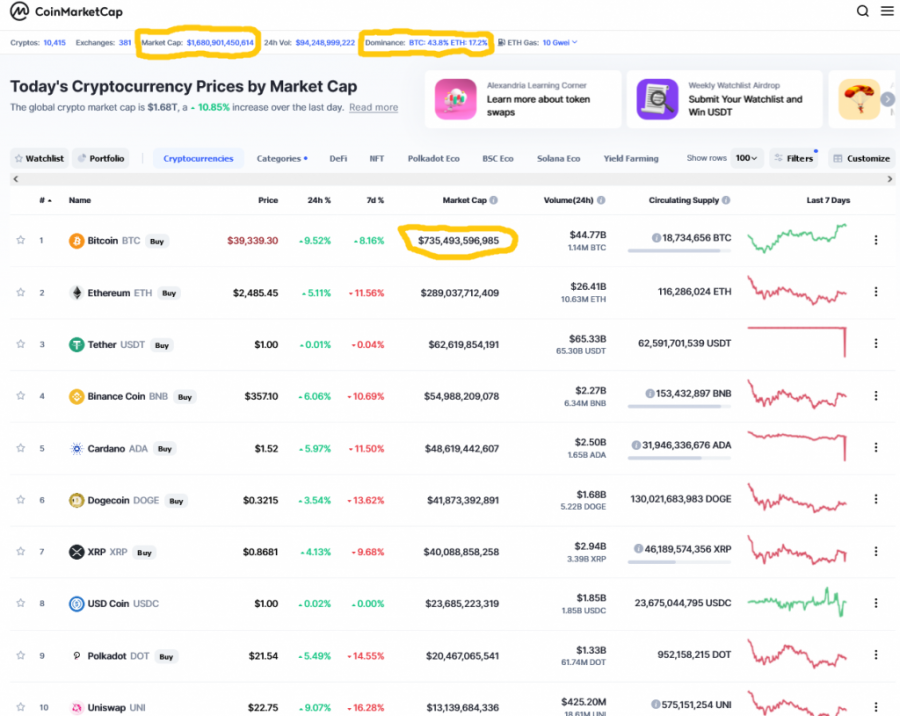 However, the mistake was later realized and corrected, thanks to whoever fixed the issue. The site is now showing that the total CMC is standing at $1.68T, which shows a growth of about 11% over the last day and dominance of BTC and ETH is now corrected to 43.8% and 17.2%, respectively.

Not  the first nor last time

This is not the first time CoinMarketCap is accused of providing inaccurate information. In March 2019, Bitwise Asset Management submitted a report to the US Securities and Exchange Commission (SEC) accusing CMC of providing wrong and inaccurate data.

According to Bitwise, the data included a large amount of non-economic trading volume, a thing that gave a mistaken impression of the actual size and nature of the entire BTC market. Later on, the crypto market data aggregator admitted the concerns regarding data inaccuracy and promised to add more info to enable customers to make more informed decisions.

Actually, two major research reports conducted by digital currency companies (Bitwise and Alameda Research) found out that between 65% and 95% of the reported cryptocurrency trading volume on the CMC platform is fake. At that time (July 2019), of the top 25 of the 260 exchanges that were listed on the CMC website, over 75% were accused of giving fake volume.