Coin Wallet: Where To Park Your DASH 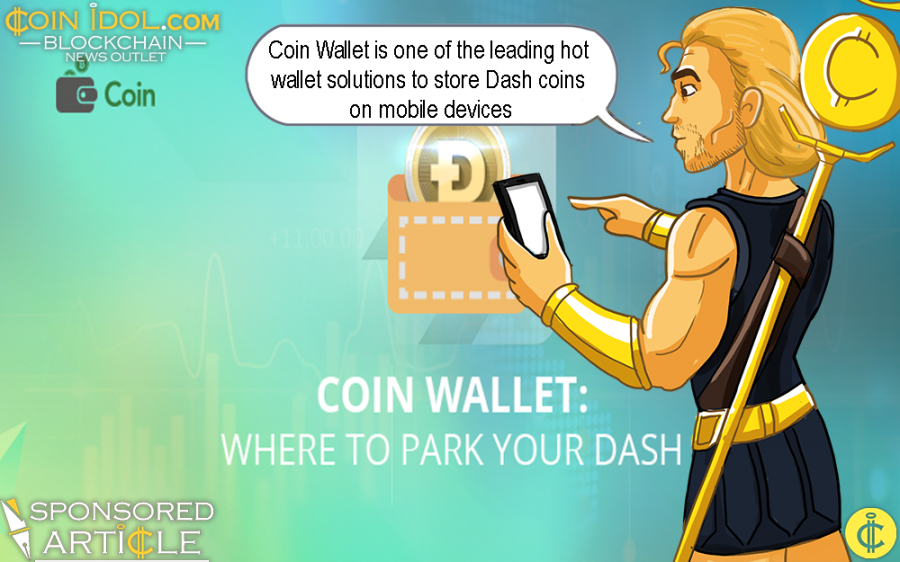 Launched in January 2014, the cryptocurrency Dash was created to overcome certain confidentiality issues associated with Bitcoin. Together with Monero and Zcash, Dash is one of the top three privacy coins. As of July 31, the market cap of Dash exceeds $943M, according to Coincodex. The currency is accepted by a number of recognized merchants and even offers a contactless debit card to process ordinary payments at retailers in Dash.

Coin Wallet: Where To Park Your DASH

Launched in January 2014, the cryptocurrency Dash was created to overcome certain confidentiality issues associated with Bitcoin. Together with Monero and Zcash, Dash is one of the top three privacy coins in. As of July 31, the market cap of Dash exceeds $943M, according to Coincodex. The currency is accepted by a number of recognized merchants and even offers a contactless debit card to process ordinary payments at retailers in Dash.
Two key technologies lie at the core of this project: InstantSend and PrivateSend. InstantSend allows fast transactions, a feature required mainly by the retail sector. PrivateSend anonymizes transactions by mixing coins fr om different wallets.

Dash’s advanced features and strong market cap make it one of the most promising cryptocurrencies. Combined with an aggressive marketing campaign and positive price forecasts, Dash stands a good chance of becoming the number one digital cash for everyday use. So wh ere’s the best place to store the cash when you’re not spending it? In this article, we’ll outline options for storing Dash between purchases or as an investment.

Choosing a Wallet for Dash

Every Dash holder uses wallets to manage the private and public keys that link coins with their owners. Custodial wallets, which are typically provided by exchanges and other crypto services, withhold your private keys. Additionally, storing coins in custodial wallets is very risky because they are proven to be the most susceptible to hack attacks. When buying Dash on an exchange, it is recommended to immediately withdraw the funds from the default custodial wallet to hot or cold storage to avoid this risk.

Hot wallets are optimal for storing the Dash you plan to spend, while cold storage is best for long-term investments. Payments can only be made through hot wallets, but these are always at risk for hack attacks because they’re connected to the Internet. When selecting a hot wallet, it is essential to pick one that has sufficient layers of protection and a well-architectured security system. If you plan to use your wallet for on-the-go transactions, you’ll want to choose one that offers a mobile app. Other important considerations are simple interface, functionality, and fees.

Coin Wallet is a strong choice both in terms of security and privacy of crypto transactions. The wallet uses AES-256 encryption, BIP 39 passphrase encryption, and a 4-digit PIN login to protect against malware attacks. Unlike some wallets, Coin Wallet never reuses addresses, a practice that can result in the leaking of valuable metadata. It also lets users retain full control over their private keys.

The software is available as both a cloud-based web version and a downloadable app for both Android and IoS and comes with built-in exchange services provided by Changelly and ShapeShift. Coin Wallet blocks in-app advertising so third-party audience networks like Facebook or Google are not able to identify and target users. Finally, the fee structure is attractive for both casual users and those who want to use Dash in their everyday lives. Generally, there is about a .5% transaction fee (0.0050418 Dash per coin).

The usage and market capitalization of Dash is growing at an impressive pace, and has the potential of becoming a common on-the-go payment method. In general, Dash coins can be stored in custodial wallets provided by exchanges, or in hot or cold storage. However, custodial wallets are very susceptible to theft and hack attacks, so leaving assets there is risky.

When it comes to security and privacy, Coin Wallet is one of the leading hot wallet solutions to store Dash coins on mobile devices. It also allows Dash owners full access to their private keys and ensures privacy by blocking third-party advertising. Additionally, Coin Wallet allows for quick trading via built-in exchange interfaces powered by Changelly and ShapeShift and offers competitive transaction fees.