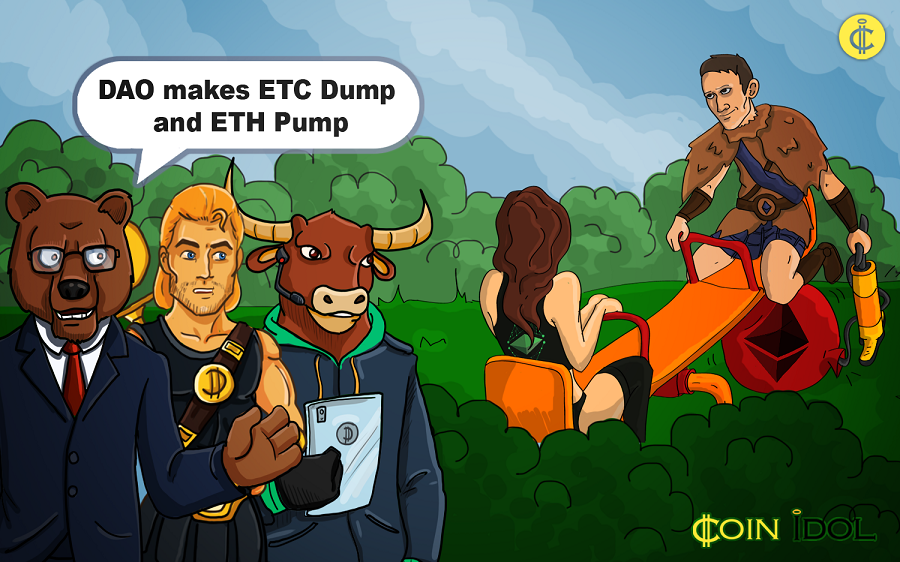 September 1, 2016 - Ethereum Classic (ETC) plummets, then Ethereum (ETH) rallies. News of the recent DAO Classic refund contract sets the market up for an additional 4.1 million Ethereum Classic to return to the hands of DAO owners.

Two million ETC are entering the market and that is causing the recent plummet of the Ethereum Classic coin (ETC). An additional 2.1 million ETC are still available for refund. Price activity is showing rallies in Ethereum (ETH) following the influx of new ETC to the marketplace. Clearly, traders are selling their ETC and buying ETH with the proceeds.

When the DAO was hacked, a group that called themselves the Robin Hood Group executed the same exploit as the DAO hacker. The Robin Hood Group did this to secure approximately 7,000,000 Ethereum Classic coins to prevent any further uncontrollable exploits. Although a hard fork has taken place, the perpetuation of the Classic chain has caused these coins to retain value, and they belong to DAO holders.

This group has renamed itself to the “White Hat Group” and they have created the DAO Classic refund contract in order to reliably refund the ETC that they seized from the DAO that had been hacked. Previously, this “White Hat Group” had attempted to simply sell the ETC on the open market at various exchanges; however, those exchange had seized the accounts pending a review from communities and legal consultation.

"It could be that ETC was intended to "die" but it's continued public support is igniting renewed interest by the currency's would-be assassins. Or it could be that the goal all along was to drive ETC's price down and reap huge windfalls on the upswing. Maybe an operation is being carried out that entails both. Whatever the case, I think it's safe to say that the public isn't done with ETC." 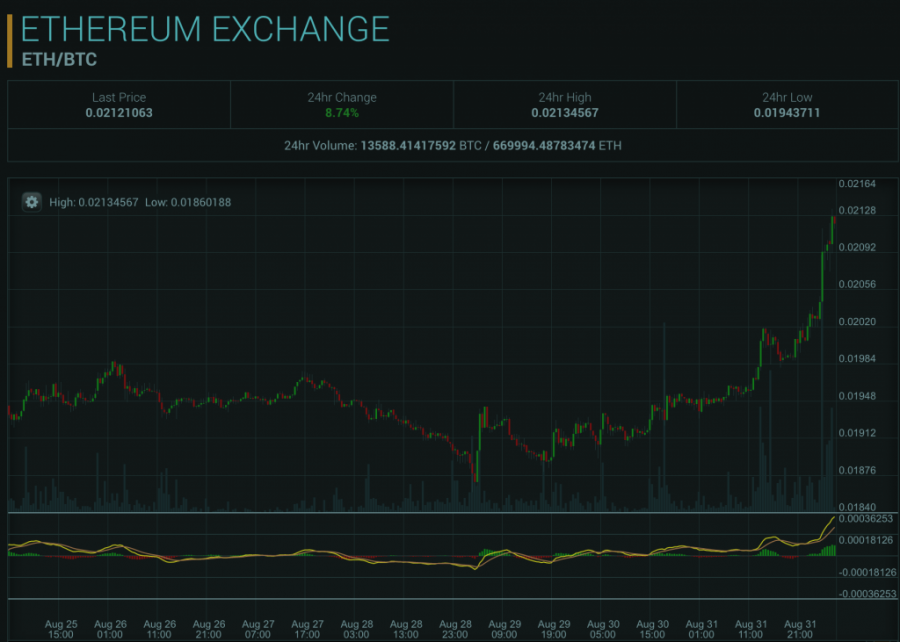 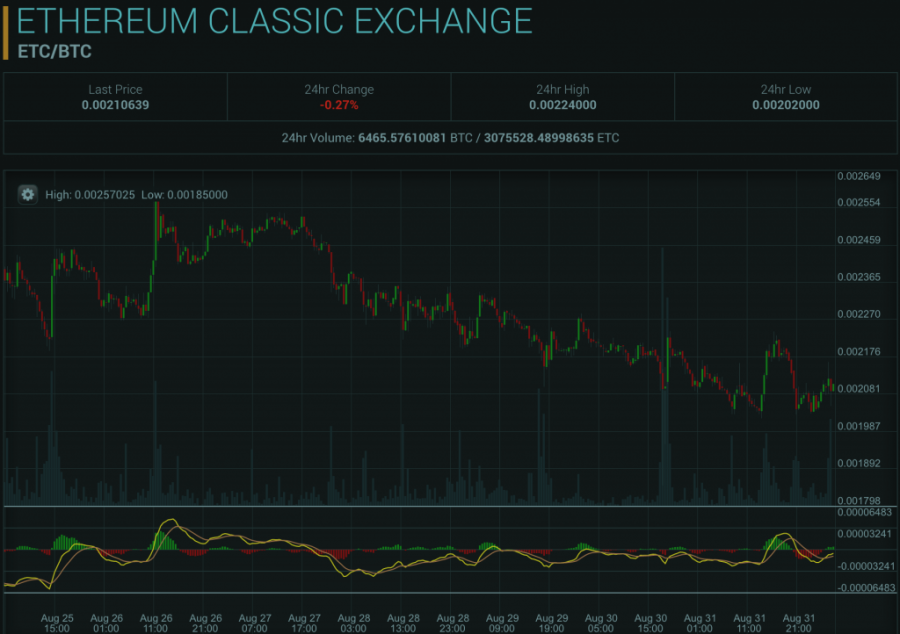 ETH and ETC in the cryptocurrency market

Poloniex and Kraken appear to have released the accounts, which would mean that traders can expect 3,000,000 more ETC to enter the marketplace from the refund contract.

“The contract increased refund rate from 0.32 to 0.6 ETC per 100 tokens # of withdrawals doubled [this morning]. This ETC is now on the way to exchanges most likely... also Kraken and Polo may use the contract to refund users that held DAO at time of fork. All of this ETC will probably have an impact on the market… and has already for a few days now,” said Peter Trcek, CEO of Bitnik.

“In my opinion this was bound to happen and we shouldn't forget even larger sums of ETC will be made available to the actual hacker soon. ETC will have hard time keeping its current price in light of this”

An official notice from Poloniex states the following:

We are preparing to release the WhiteHat ETC to the withdrawal contract within the next several hours.

For the week ahead, the pending release of the ETC from the exchange accounts and into the DAO Classic refund could indicate a further decline of ETC and more gains in ETH as some traders will now be able to sell ETC in order to buy ETH.

"I bet that the hacker does not liquidate all of their assets immediately. Once the market sees that the dump is not as bad as everyone initially thought I would expect a strong rebound. Then depending on the DAO hackers intentions they could easily start a massive ETC sell off over the next few months or could cause a ragging bull market by holding onto all of their ETC and becoming one of the biggest ETC bag holders in the process."