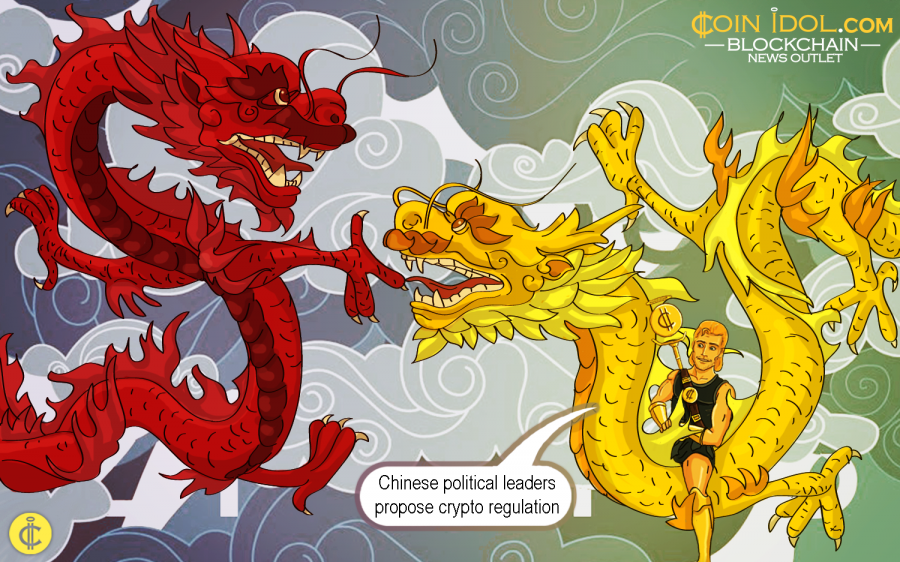 The subject of cryptocurrency during the two sessions of the National People’s Congress (NPC) in 2019 has augmented considerably. Numerous representatives said that “cryptocurrency illegally sets the currency” and suggested to reinforce their supervision. Several legislative delegates and political leaders call for efficient, clear and strict cryptocurrency regulations.

As the capital market continues to heat up, the trend of “cryptocurrency market”, and the prices of many major virtual money such as Bitcoin, Ethereum, Ripple have also rebounded. However, the cases of illegal violations of cryptos are recurrent in China (Beijing, Hebei, etc.). Numerous local regulators issued cryptocurrency risk warnings, Securities Daily reports.

Shi Guilu, the representative of the NPC and Chairman of the Board of Directors of Shaanxi Rongmin Holding Group, suggested in the "Proposal on the Construction of Virtual Currency Regulatory System Regulations" that the legal nature of cryptocurrency needs to be precisely and accurately defined.

Crypto Needs to be Accurately Defined

Currently, there is no authorized concept of using digital money in approved documents. The fifth ministrial "Notice" just talks about bitcoin, and no similar crypto is officially classified. The seventh ministrial "Announcement" allegedly used the expression 'virtual currency,’ but did not use the concept of it. The criminals may use the crypto name to issue phony tokens.

Shi Guilu suggested that the legal nature of crypto needed to be accurately defined. Openly differentiate virtual money from other types of digital currency, define it as legal tender in line with the law, and entail crypto trading platform to clarify the difference between virtual currency and legal currency to users, stop people from misinterpreting the nature of virtual money, and then surface the marvel of irrational investment.

Moreover, Gong Fuwen, a member of the National Committee of the Chinese People's Political Consultative Conference (CPPCC) and vice president of the Shaanxi Provincial Higher People's Court, encouraged citizens in his proposal to strongly promote the growth and development of blockchain technology innovation, strictly barring digital tokens and thwarting financial risks from being determined.

He also clearly said that digital tokens were not cryptos at all. Digital tokens can carry blockchain technology intra-bank transaction payments, but do not have relatively stable currency values, legal currency sovereign credit guarantees, exchange media, intrinsic value support, basic characteristics of broad-based subject recognition and value scales, value storage and other rudimentary functions. The legislation should be passed and prove that it is not a digital money. The instability and high volatility of crypto prices are disposed to to price manipulation and market speculation.

It is crucial to elucidate the legal nature of cryptos. Professor Deng Jianpeng, Central University of Finance and Economics and a blockchain expert, said that the legal nature of cryptocurrency required to be clarified. Domestic legal and regulatory policies need to define virtual currency visibly, defend the rights of holders, and  limit the transfer of overseas (foreign) assets further. According to Jianpeng, the potential risks of domestic cryptocurrency are mainly reflected in the following points: