The Chinese Exhibition Market is Starting to Implement a Blockchain Technology 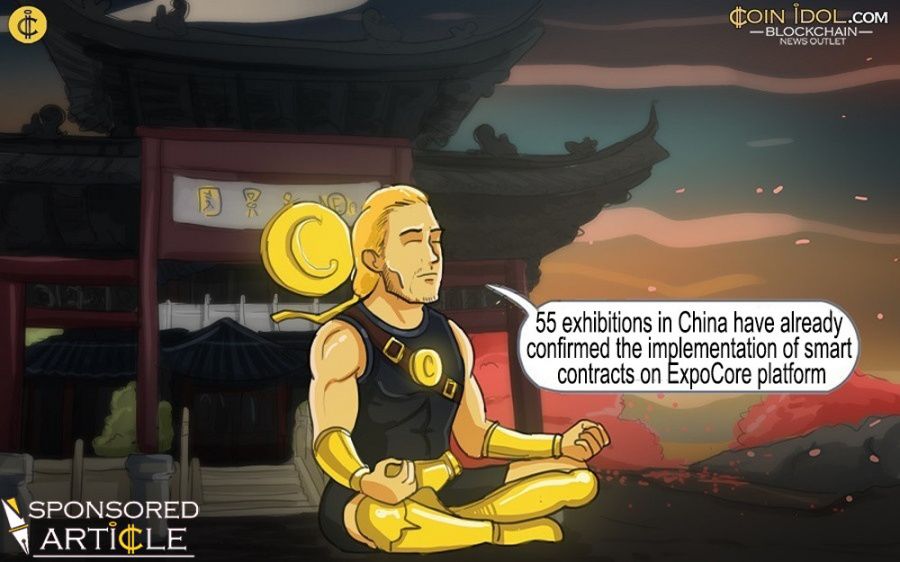 55 exhibitions in China have already confirmed the implementation of smart contracts on ExpoCore platform, the funds for the development of which will be collected with the help of ICO.

Token crowdsale of the ExpoCore - first platform of the smart contracts for the exhibition market will be held in August this year. The project was created by the ExpoPromoter group team, which also includes online ticketing service and a service to attract visitors to the exhibition. Before the start of the token sale no less than 300 exhibitions in China will join the project.

The ExpoCore platform will make it possible to conclude contracts at exhibitions safely and with a minimum commission at the expense of standardized smart contracts for blockchain. In addition, any transactions using the ExpoCore crypto currency will help to solve the problem of trust between participants and many registration requirements relating to the fiat currency.

Only in China at exhibitions annually concluded contracts worth $ 200 billion. In total there are about 1700 exhibition brands in the country, 500 of which already cooperate with ExpoPromoter. Among
those who have already confirmed the intention to use ExpoCore such largest exhibition conglomerates as: Canton Fair, Auto Shanghai (SIEC), Messe Düsseldorf (Shanghai), Reed Expo, Beijing Hiven Exhibition, UBM China, Hannover Milano Fairs Shanghai, ITE Aisa. The world market is estimated now at $ 1 trillion.

"One of the main goals of the exhibitions is to find partners and conclude contracts. Our partner Canton Fair declared that for 5 days of its spring exhibition in 2017 they concluded deals for $ 2 billion. We want to create a standard for smart contracts that guarantees the ease of their use on the international exhibition market and the safety for all parties of the transaction."

The hybrid ExpoCore platform consists of a contract constructor with the definition of the type and parameters of the contract, as well as the blockchain network, where the terms of the contract are fixed with digital signatures and self-executing contracts are being implemented. In addition to creating a smart contact, the user receives a paper version of the contract in the target jurisdiction, which can be printed and signed as a common tool and a backup document for use in the event of disputes.

The platform provides an opportunity to create new smart contracts for network members and receive a reward for its use.

To implement smart contracts for delivery of the goods there are 3 levels of verification – tracking supplies with RFID and GPRS, the use of Oracle services and the system of anonymous referees from the official logistics and customs services.

More information about the platform's facilities is available on the ExpoCore website. ExpoCore token crowdsale will be held in 2 stages: a closed subscription for tokens only for exhibitions and ICO for the open market. The exact date of ExpoCore ICO will be announced by the company on its website and in social media communities.

ExpoPromoter is part of UK incorporated ExpoPromo Group, which also includes TicketForEvent company - a tool for event organizers, which enables to implement the registration and selling tickets for the event on your own website. ExpoPromoter have about 500 exhibition brands as partners in China. The group's turnover in 2016 amounted to $10.6 million. $7.5 million is currently invested in ExpoPromo Group by Abele Ventures Fund and a consortium of private investors.