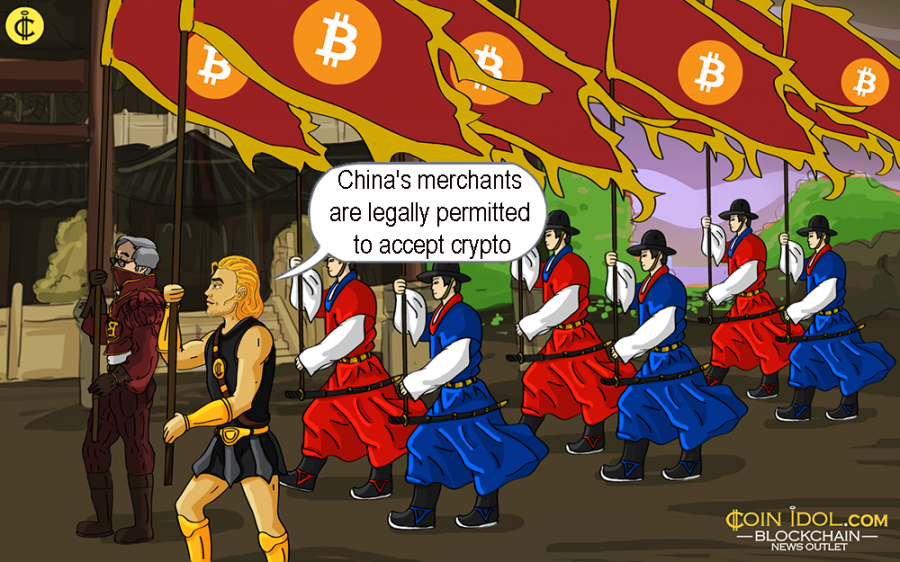 According to a report by CnLedger, a reliable crypto news outlet in China, merchants in the country can legitimately accept digital currency as a method of payment.

Some local reports revealed that the Shenzhen Court of International Arbitration legally deemed Bitcoin (BTC) as property, permitting users and businesses to own and transfer BTC without being in conflict with extant financial regulations.

“Chinese court confirms Bitcoin is protected by law. Shenzhen Court of International Arbitration ruled a case involving cryptos. Inside the verdict: CN law does not forbid owning & transferring bitcoin, which should be protected by law because of its property nature and economic value.”

Circulation of BTC is Legal

Katherine Wu, a crypto researcher at Messari, overset and ascertained court documents released by the Shenzhen Court of International Arbitration to research the motive behind the decision of the arbitrator to recognize BTC as a legal property.

In summary, Katherine elaborated that due to the decentralized quality of BTC which offers financial liberty and economic value to the possessor, the asset can be deemed as legal property.

“The Party contends that Bitcoin has characteristics of a property (SOV), can be controlled by the owner, and has economic value to the owner. It does not break any laws. This arbitrator agrees,” Wu said.

Per se, the court declared that apart from the legality of BTC and other flagship digital currencies, the circulation and payment of BTC isn't criminal. That implies merchants can accept digital currencies as a payment method without violating local law.

“In the arbitrator’s view, whether or not bitcoin is legal, the circulation and the payment of bitcoin is not illegal. Bitcoin does not have the same rights as fiat, but that does not mean that holding or paying with crypto is illegal.”

Earlier October, Beijing Sci-Tech Report (BSTR), the oldest tech publication in China, disclosed its plans to accept BTC for its annual subscription to elevate the usage of the DLT and the practical application cases of the prevalent digital currency.

BSTR said that beginning next year, the annual subscription to its magazine will be traded at a price of 0.01 BTC, almost $65. If the price of Bitcoin increases innately in the future, the publication noted that it will reimburse its customers.

Many hotels in big cities around China have also begun to allow cryptos, one of which called itself Ethereum Hotel, giving bonuses and discounts to people who pay for their services with ETH.

What Does this Demonstrate in China

Considering China's positive position towards DLT tech and the optimistic comments concerning the sector from government agencies, it is now clear that the Chinese government set a blanket prohibition on digital currency trading to stop the depreciation of Yuan, a Chinese currency and to stop speculation in the crypto market.

But, generally, the government remains widely open to digital currency and the usage of DLT to improve existing facilities and reduce hurdles appertaining and applying to software and data/information settlement.