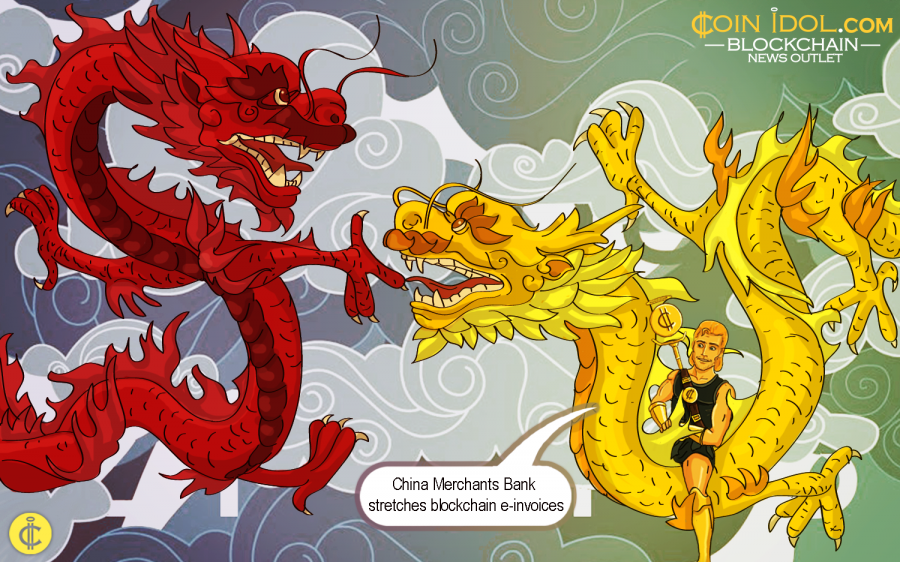 One of the top commercial banking institutions in China is expanding its use of distributed ledger technology (DLT)-based tax invoices.

On January 10, the China Electronic Banking Network purported that the financial institution has expanded its usage, and the China Merchants Fund (CMF) subsidiary is utilizing it in addition to consumer finance subsidiaries.

An executive at the Nanjing branch of China Merchants Bank told Cebnet that the lenders had unified CMF and Zhelian Consumer Finance into Shenzhen’s DLT e-invoice platform, to officially issue the first-ever DLT e-invoices for the fund & consumer finance areas.

The DLT-based e-invoices are an initiative headed by Shenzhen’s tax section and use technology which was created by Chinese internet bull Tencent, the firm behind WeChat Pay and WeChat messaging.

China Merchants Bank (CMB) is among the first banks to sign up with the “DLT + tyro” system, issuing the DLT e-invoice in the banking industry on Thursday, November 1, 2018.

As per CMB, the upgrade of its DLT e-invoice services platform will assist it to quickly integrate other firms into the tax section system lowering their invoicing expenses while also offering them with information security and privacy safeguarding at the grade of a bullish commercial bank.

On November 6, the Central Bank of China officially issued a working paper showing that the bubbles in DLT financing are elusive. The government was planning to strengthen supervision to secure its people against big financial risks, as reported by Coinidol.