Breaking News: China and Hong Kong to Hunt Down All Cryptocurrencies 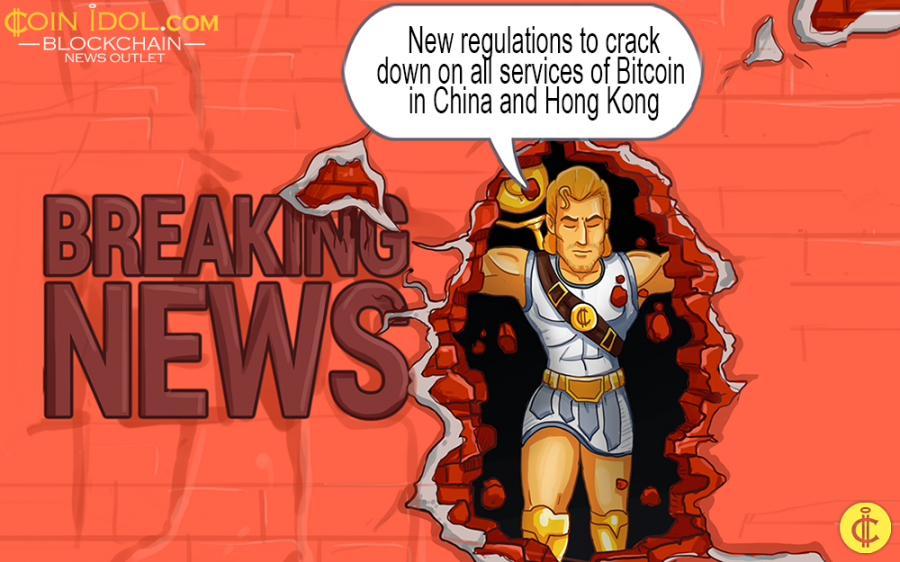 Update: it is possible that the letter mentioned in this article came from fake or hacked email, and its author had intentions to manipulate prices of cryptocoins on the market.

China’s Central bank has officially announced it plans to regulate all crypto-related activities and businesses in China. New regulations aim to crack down on all aspects and services of Bitcoin trading in both Mainland China and Hong Kong.

According to an official letter sent to Coinidol.com on February 6, 2018, from Yao Feng, AML supervisor of The People’s Bank of China:

“The People’s Bank of China (PBOC) and the Hong Kong Monetary Authority (HKMA) jointly announce new Anti-Money Laundering Regulatory Framework.
The new AML Regulatory Framework does not re-shape the currently existing regime but is prepared and issued to strengthen efforts for combating money laundering, terrorist financing, maintaining and enhancing China’s international reputation and to contribute to public confidence in the financial system.
The Regulations extend across all virtual currency services and activities for both individuals and businesses including market-makers, mining operators, trading platforms and wallets.”

This step may not only apply to China itself but also Hong Kong – a Chinese special administrative region and autonomous territory, that has become a sanctuary for dozens of Blockchain-based and crypto-related businesses as it was independent of the legislative decisions on cryptocurrency made in China.

“As part of the new Regulations, an official joint announcement will be released during the upcoming PBOC press conference making it clear that neither the People’s Bank of China nor the Hong Kong Monetary Authority recognises Bitcoin or any other virtual currency as legal tender, thus, making its use as an official currency to settle debts and financial obligations illegal.
The Regulations will crack down on all aspects and services of Bitcoin trading in both Mainland China and Hong Kong. The Chinese authorities have already blocked access to all domestic and offshore cryptocurrency trading platforms; Hong Kong is yet to do so.”