China Is Against Using Cryptocurrencies But Adopts Blockchain Tech Rapidly 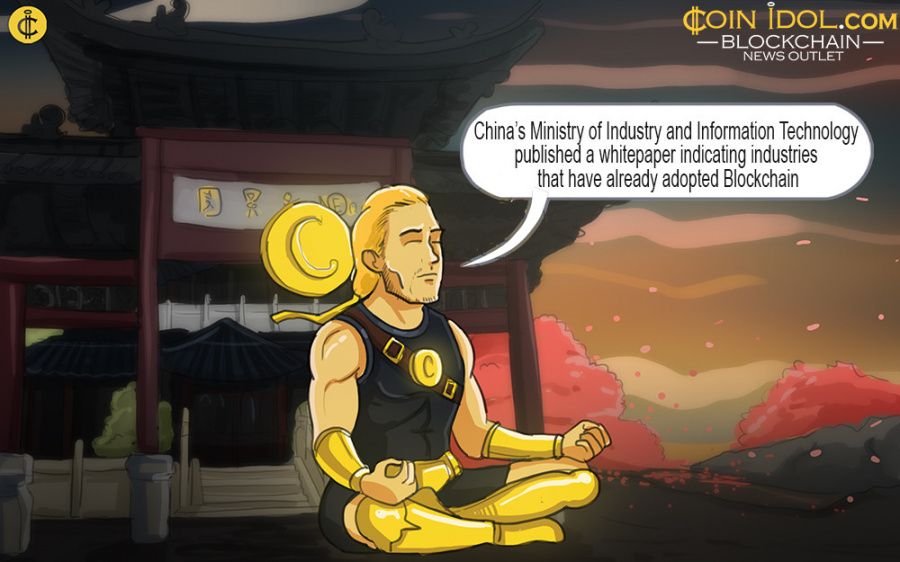 According to a local news outlet reported, a full Industrial Chain for Blockchain sector has grown in China with hundreds of companies adopting the technology. By the end of March, there were 456 Blockchain technology companies in China, making a complete industry chain, which includes not only investment and financing, but also manufacturing, media and human resources services.

Yu Jianing, Chairman of the editorial committee for the Whitepaper and head of the MIIT Information Center Industrial Economy Research Institute, said that the blockchain industry is still in an emerging stage, but hopes it to reach a new pinnacle this year.

The Whitepaper also sets apart technical risks like loopholes in cryptographic security, the potential for 51 percent attacks and the new unproven consensus mechanisms that have been forthput to substitute proof-of-work saying that these all need to be attentively considered in order to stop collective loss of digital assets.

A Chinese government memo was leaked detailing plans to form an International Blockchain Investment Development Center in March, and in February, news broke of a patent filed by the State-run Bank of China for a solution to scale blockchain technology platforms.

In April, the Chinese government took up a common cause with a local VC firm to launch the Blockchain Industry Park in Hangzhou with the aim of spending over $1.6 billion on blockchain projects, over 20% of which will be financed by local government.

Note, as Initial Coin Offerings (ICOs) and Cryptocurrencies are forbidden in China, both national and regional governments have shown huge increasing support for the technology behind these platforms. And last week, the MIIT issued out its first cryptocurrency rankings that placed Ethereum as the global’s best blockchain network, followed by Steem, Lisk, NEO and Komodo respectively.