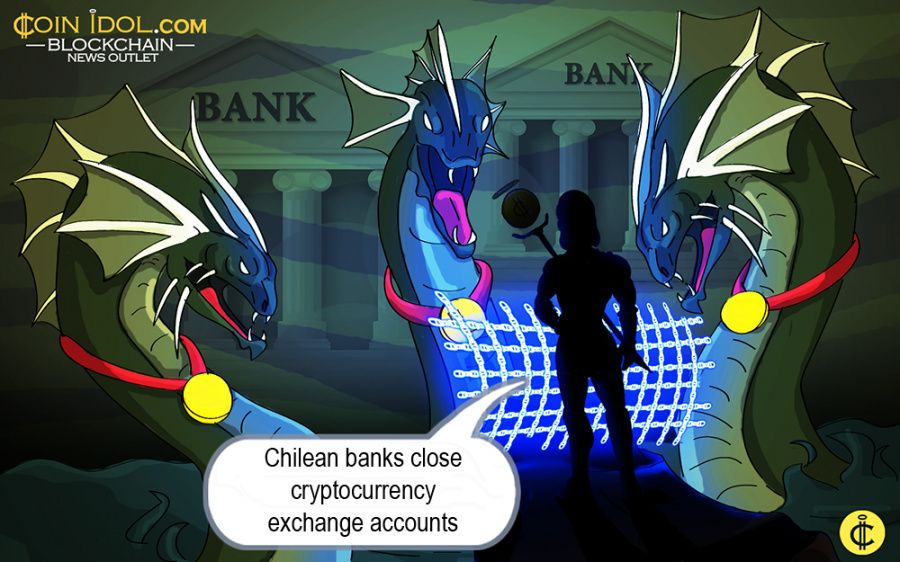 Banks in Chile, South America's wealthiest country, have a huge impact on cryptocurrency exchanges by closing the accounts held by trading platforms.

The Chilean trading platforms Orionx, CryptoMarket and Buda are trying everything possible to find ways of continuing their operation in the country after Bank of Nova Scotia, Itau Corpbanca and state-owned Banco del Estado de Chile closed their accounts in March without giving any explanation. Banco Estado disclosed that it had decided "not to operate with companies that are dedicated to the issuance or creation, brokerage, intermediation or serve as a platform for the so-called cryptocurrencies."

These exchanges have complained to an appeal court to confront the banking blockade they are currently facing who agreed to hear their complaints though the bank accounts remain closed.

As per Bloomberg, Chile's banking sector and other financial institutions are seemingly implementing a blanket ban on the cryptocurrency industry, a move that is worrying crypto enthusiasts. There is speculation among Chilean news sources that the blanket ban comes from the government as Chile's Financial Stability Council,  an organisation with the representatives from the Ministry of Finance, the Central Bank of Chile and the securities, banks and pension funds regulator, issued a warning on cryptocurrencies on  April 5.

Earlier, on March 27, Milton Maluhv, the Itau Chief Executive, stated that "the bank supports startups and new technologies. Bank is following internal norms to decide on closing individual accounts," but he argued that the cryptocurrency industry needs more regulation to operate properly.

The Cryptocurrency Industry Seems to be Growing at a High Rate

Chile's cryptocurrency industry is still small, although it is growing rapidly, Buda traded approximately $1 million daily in digital assets before losing its bank account compared with about $2 billion for the world's biggest exchanges.

The shutdown exchanges have come out to say that they follow stringent know-your-customer and anti-money-laundering practices by running checks and balances with the concerned authorities and agencies. This led thousands of Chileans and many cryptocurrency supporters around the world to use social media platforms to support the exchanges with the tag #ChileQuiereCryptos.

Orionx also disclosed that users are "fully backed and there is no risk of insolvency," the bank's moves are "incorrect and anticompetitive" he said.

Guillermo Torrealba, Buda's Chief Executive Officer said "They are killing an entire industry. It won't be possible to buy and sell crypto with a safe business in Chile. We will have to go back five years and trade in-person. It seems very arbitrary.

Torrealba noted that the appeal court which is working on the crypto exchange's case may help these cryptocurrency exchanges. Martin Jofré, Crypto MKT's co-founder stated that with Banco Estado turning its back on the company, it was left with no banking.