Chainlink Continues Selling Pressure as It May Find Support above $5.50 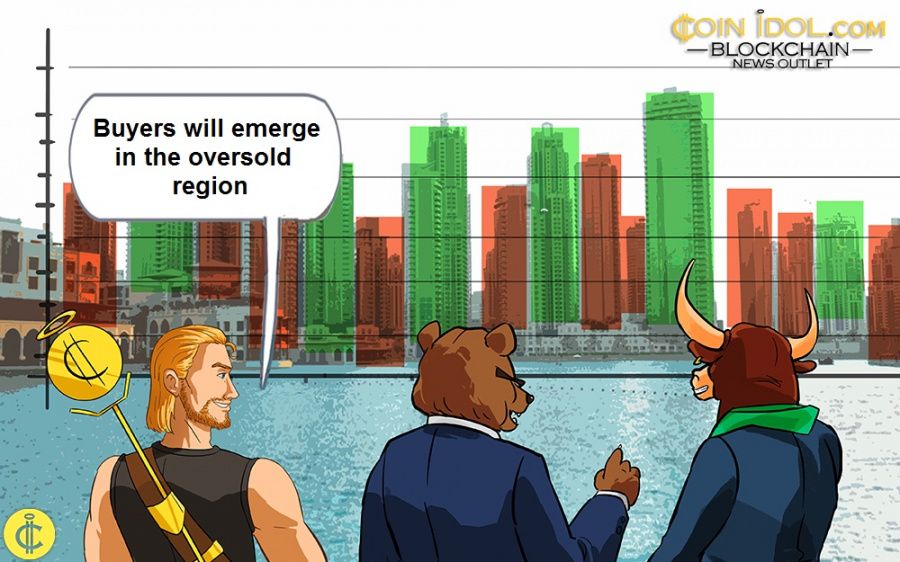 Chainlink (LINK) has continued its downward movement after the price regained the previous low at $5.50. On May 26, the bears broke below the current support at $6.56 as the altcoin fell to a low of $6.21. The cryptocurrency has fallen into oversold territory.

Chainlink is at level 31 of the Relative Strength Index for the period 14. LINK has continued its downward movement in the downtrend zone. The moving averages are downward sloping, indicating a downtrend. The altcoin is below the 20% area of the daily stochastic. It has reached the oversold area of the market.

Chainlink has come under selling pressure again as the bears have undercut the current support. It is likely that the cryptocurrency asset will regain the previous low. However, the uptrend could face resistance at the 21-day line SMA. Meanwhile, the downtrend from May 12 has shown a candlestick testing the 78.6% Fibonacci retracement level. The retracement suggests that LINK will fall to the Fibonacci extension level of $1.272 or $4.01. 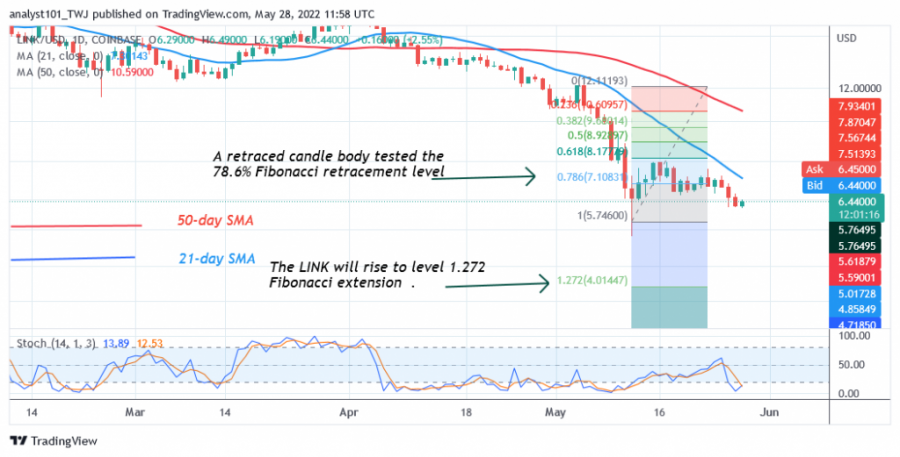