Cardano Is In A Range-bound Move, Unable To Break The $1.50 Overhead Resistance 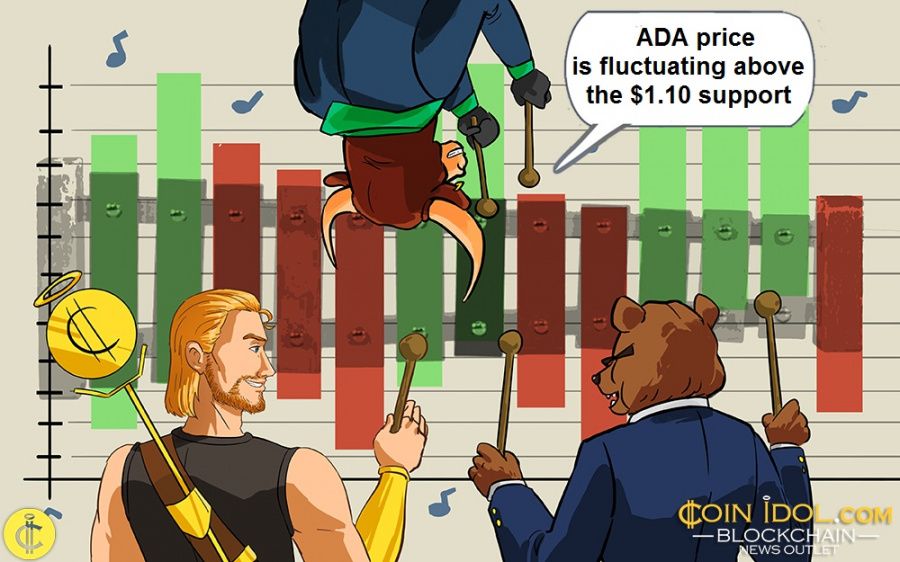 Cardano has been retracing for the past week after buyers pushed ADA to the overhead resistance zone. After retesting the resistance the altcoin fell to $1.05 low.

ADA price is now fluctuating above the $1.10 support. Since February, the overhead resistance has not been broken. The price action has remained the same every month. For instance, in February and March, the bulls retested the $1.50 overhead resistance level. 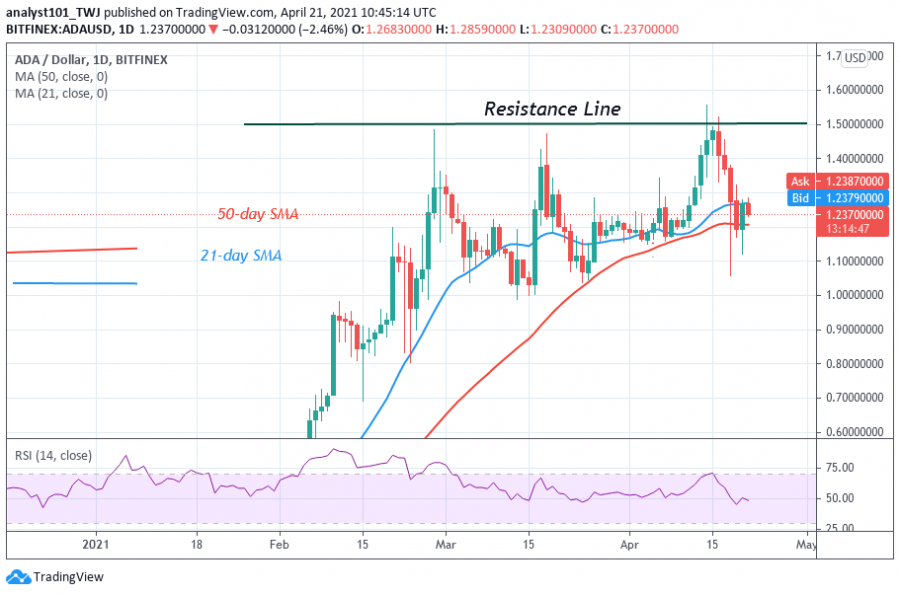 What Is the Next Move for Cardano (ADA)?

In the meantime, the market is in a downward move. The Fibonacci tool has indicated a further downward movement of price. On April 14 downtrend; a retraced candle body tested the 38.2% Fibonacci retracement level. This retracement implies that ADA will rise to level 2.618 Fibonacci extensions or the low of $1.02. From the price action, ADA is in a range bound move above the current support. 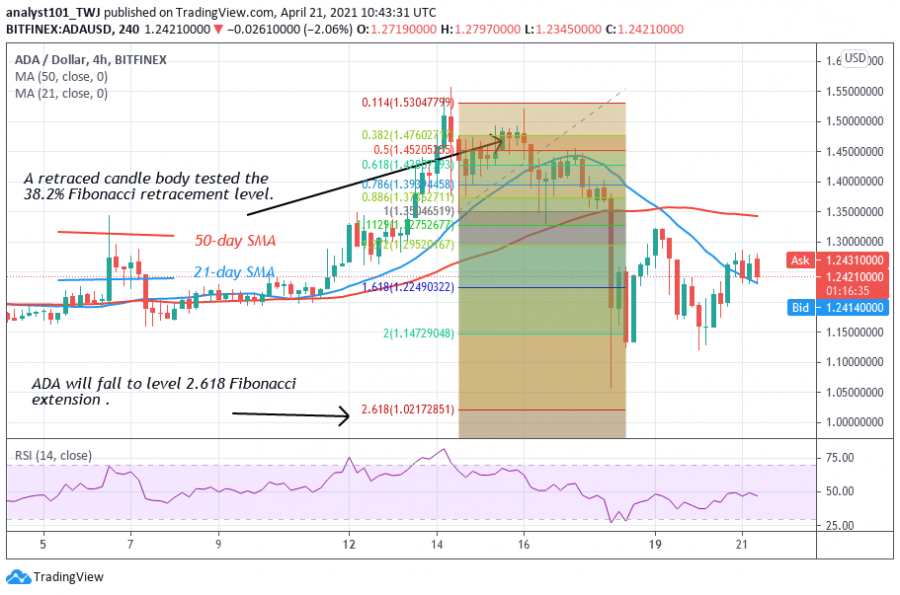