Cardano Declines to the Previous Low at $1.91 as Bears Resume Selling Pressure 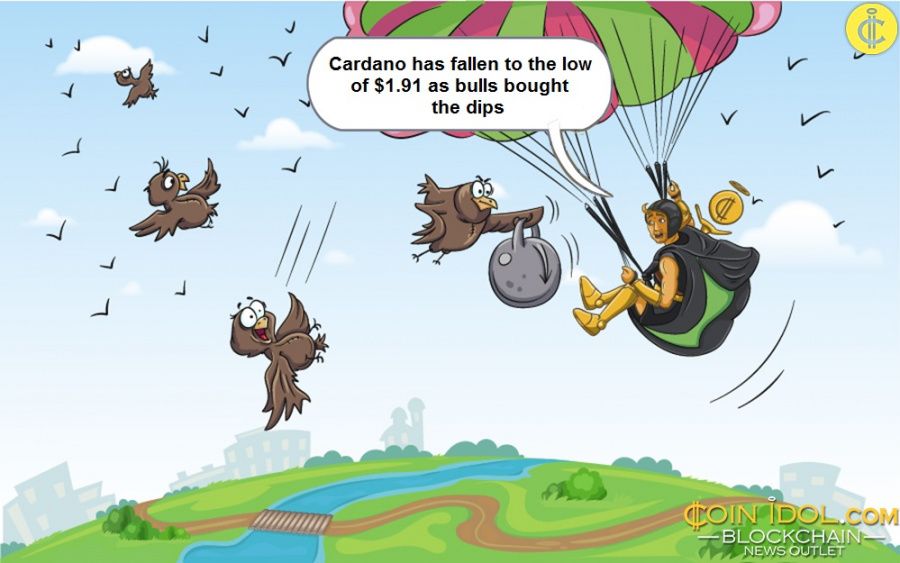 Today, current support holds as buyers push Cardano (ADA) to the high of $2.06. Later on, the cryptocurrency has fallen to another low after bears broke the 50-day line SMA.

ADA/USD has fallen to the low of $1.91 as bulls bought the dips.The break of the 50-day line SMA has pushed altcoin into the downtrend.

Cardano is capable of another downward move if the bears fall below the moving averages. Currently, Cardano is consolidating above the previous low of September 7. The cryptocurrency will likely rebound if the current support at $1.91 holds. Buyers will have the opportunity to push the altcoin to the high of $2.60. A break above $2.60 would put ADA /USD in the bullish trend zone. However, if the bears break the current support, ADA will fall to the low of $1.40.

The ADA/USD price is below the moving averages indicating further downside. Cardano is at level 38 of the Relative Strength Index of period 14, indicating that the market is in the downward zone and can fall down. The 21-day line SMA and the 50-day line SMA are down, indicating a downtrend. ADA is above the 25% area of the daily stochastic. The cryptocurrency is in a bullish momentum, but the stochastics are sloping horizontally. 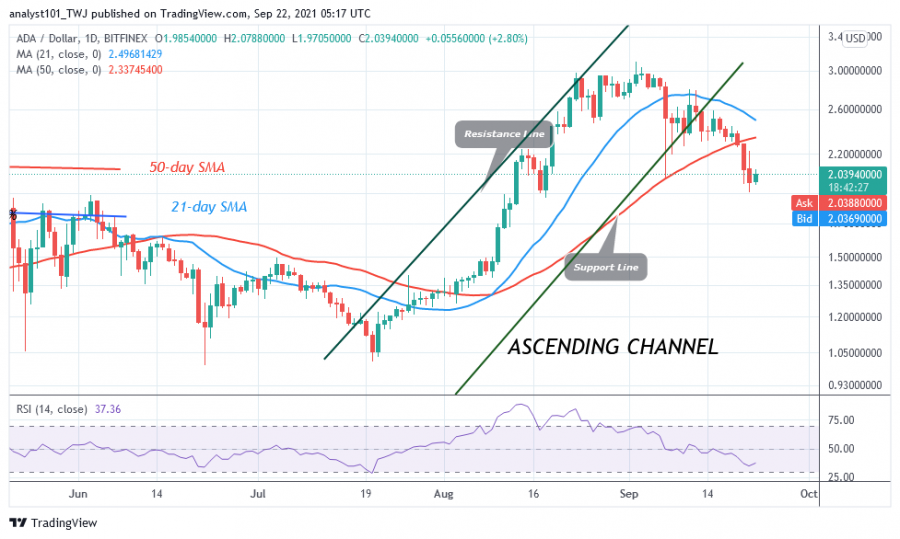 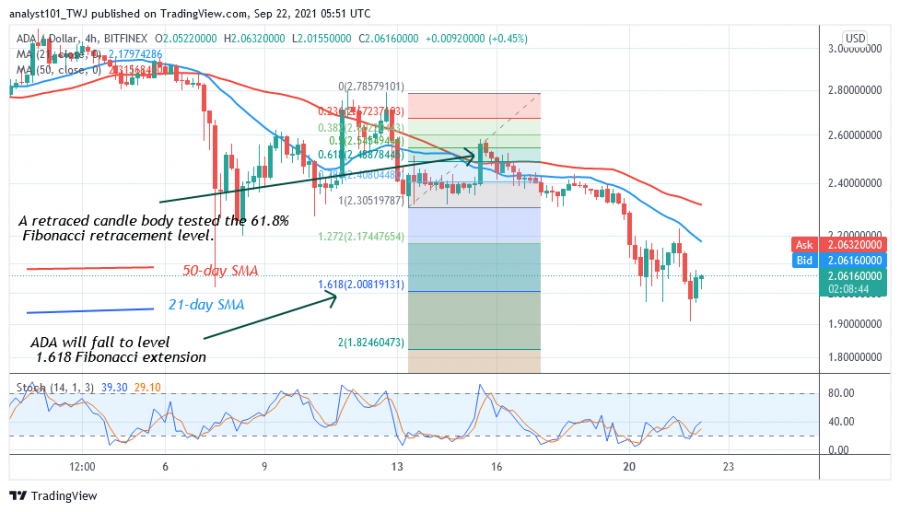