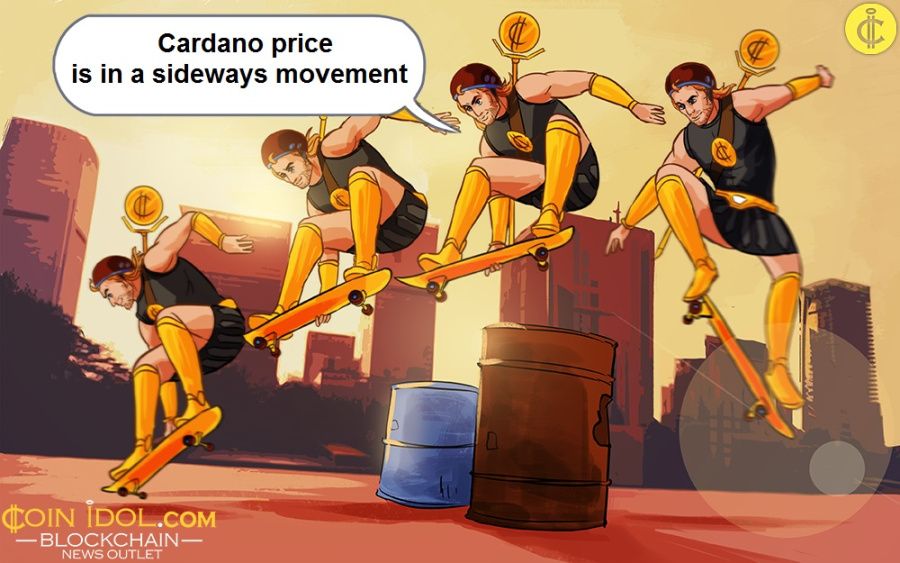 Cardano (ADA) price is in a sideways movement and has been trading below the moving average lines.

In the last four days, the price of ADA fluctuated above the $0.43 support as buyers failed to keep the price above the moving average lines. On September 17, buyers broke through the 21-day line SMA, but were rebuffed at the 50-day line SMA. Cardano will regain the previous highs of $0.70 and $0.90 if buyers overcome resistance at $0.52 and $0.60. On the downside, sellers will try to push the price below the support at $0.40. ADAThe price of /USD will fall to $0.33 if the current support is broken.

ADA is at level 43 of the Relative Strength Index for period 14. Cardano is in the downtrend zone and the altcoin is vulnerable to a decline. Cardano is below the 50% area of the daily stochastic. ADA /USD is in a bearish momentum. The 21-day line SMA and the 50-day line SMA are sloping south, indicating a downtrend. 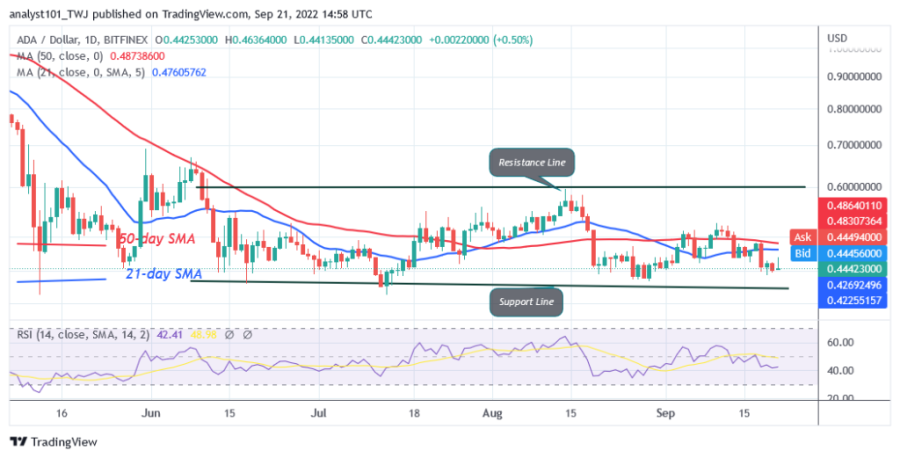 On the 4-hour chart, Cardano price is in a downward movement as it faces rejection at the 21-day line SMA. Meanwhile, on the September 13 downtrend, a retraced candle body tested the 61.8% Fibonacci retracement level. The retracement suggests that ADA will fall to the level of the Fibonacci extension of 1.618 or $0.42.