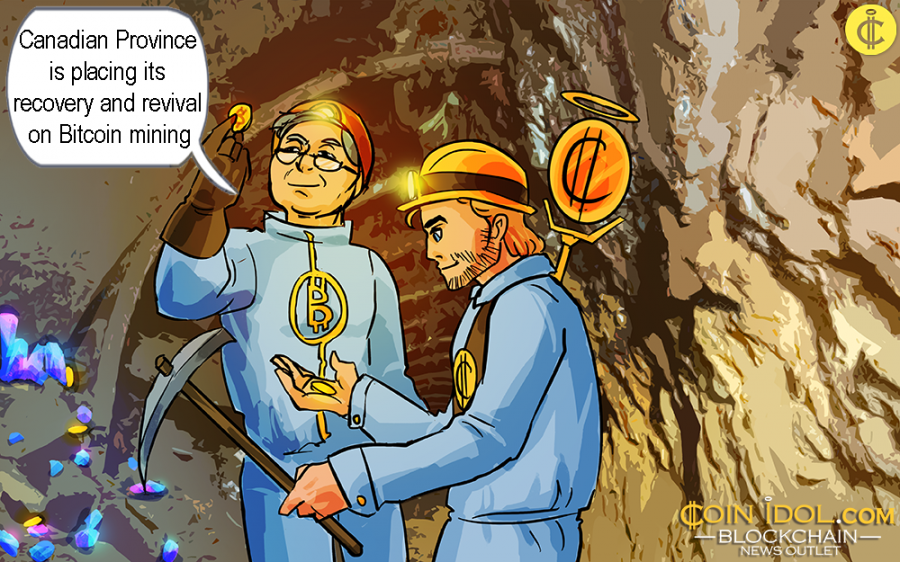 Ocean Falls, a tiny town located on the Central Coast of British Columbia (B.C), a Canadian Province which is only accessible by boat or seaplane, is placing its recovery and revival on Bitcoin mining.

Ocean Falls used to be a firm town fully owned by Crown Zellerbach and registered population growth from 250 in 1912 to approx 3,500 in 1950.

Even though low labor costs, low infrastructure costs and inexpensive hydropower had made Ocean Falls mill a fertile business within the first half of 20th century, the remote location of the town, high labor costs and increasing costs of operation and maintenance in the town led it to be a less attractive place for investment, and by the early 70s, it had turned uneconomical.

So by March 1973, Crown Zellerbach, the owner of the mill, opted to shut down the plant. The B.C provincial government purchased the town and mill at a very less price shortly before the plant was closed, and kept it running until the year 1980. By the year 1990, only around 70 people (especially loggers) remained. Currently, while there is still a residential community, Ocean Falls is basically considered a ghost town, and home to only a few dozen strong-hearted residents.

The dam which powered the mill plant can even now generate almost 13 mW of electricity, of which some has been serving the neighboring towns of Bella Bella and Shearwater. Though two-thirds of the capacity still looks for new industrial purposes.

Many years back, Boralex, the private utility firm which owns the dam, began receiving calls from Bitcoin miners that were searching for a place with cool weather, cheap hydropower and a stable government. These received phone calls were routed to the Boralex's operations manager for B.C, Brent Case.

Several cryptocurrency business maniacs who approached Brent hadn't carried out thorough planning, and so he wasn't impressed. Albeit, Brent, who was really searching "for a savior for the town," at last he landed at Kevin Day, a Vancouver-based businessman, who appeared to possess a more credible plan.

Brent and Kevin have been operating together for the last two and a half years changing one floor of the obsolete mill into a data center which could accommodate a huge amount of Bitcoin mining hardware, and finally, this last July, Kevin "flipped on the first batch of servers."

In spite of Bitcoin mining being in town, it doesn't ensure long-term growth for the town since such cryptocurrency mining facilities need less human labor to operate and run them and they form less incentive for related or similar businesses to occupy nearby.

Even though the price of Bitcoin has dropped from its high of around $20,000 in December last year to nearly $7,000 today, luckily for Kevin and the town of Ocean Falls, Kevin's firm, Ocean Falls Blockchain, succeeded in securing a great deal with Boralex which supposedly made it easy for the cryptocurrency mining company to purchase electricity at a huge subsidized rate of just 4c per kWh for a period of 5 years.

Keith Cockell, an Ocean Falls native, told Coinidol.com that even if the town's hoped-for recovery doesn't take a physical form and materialize, he is very gratified that, at least for now, Bitcoin mining is enabling them to keep the turbines of the dam running:

"There’s been a lot of years where we’ve been waiting for someone to come along... The day we fired up, the miners started going, there was the humming, and I said to Kevin, ‘It's a good feeling seeing that extra power being used.”