Calm Week On The Bitcoin And Cryptocurrency Market 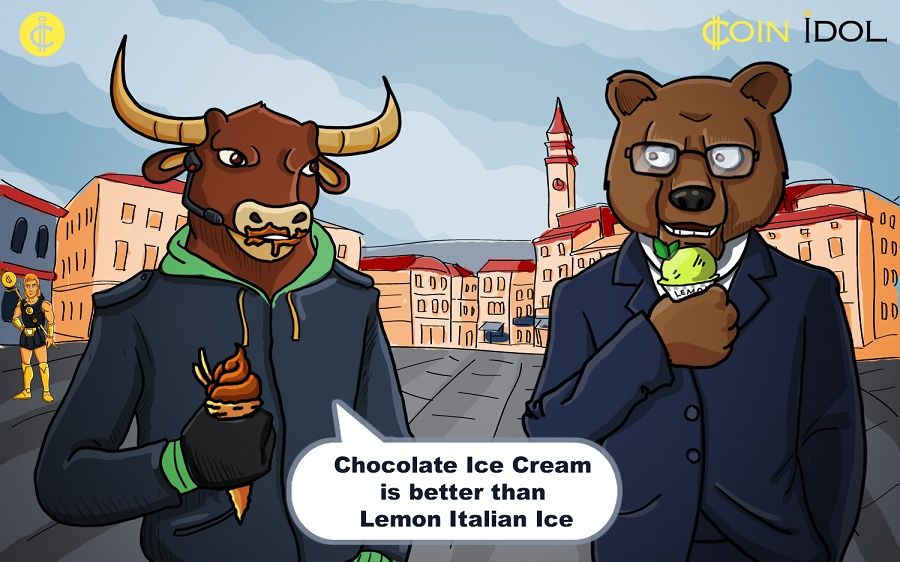 Last week the cryptocurrency markets had no dramatic volatility or movements to please crypto traders. Investors were in no hurry to take risks and invest in bitcoin or altcoins. Temporarily, a slight equilibrium was established between buyers and sellers.

As we know, the first and main cryptocurrency is Bitcoin. Today, the second of all most promising alternative coins, is considered to be Ethereum. But what are the main differences between these coins? Could Ethereum rise in price to the same level as Bitcoin?

Most people have little understanding of the technological advantages of Ethereum, for them Bitcoin will always be cryptocurrency number 1. How can these people be convinced that Ethereum could be better than Bitcoin?

“It will take the high level contract language to be better understood and practiced. Contract producers should take great care when forming contracts. I think that since this is the first year that the high level scripting languages ​​exist, until someone tries and tests privately many paths against their own contract before presenting its utility to the public. This could make a successful contract that people would use without getting hurt such as what occurred with the DAO contract,” said Daniel Dabek, Founder and Architect of Safe Exchange and curator of Alt Coin Trading Community, to CoinIdol.com.

“I think Bitcoin serves a huge service that is not going away and that an Ethereum network could not be better than Bitcoin any more than Chocolate Ice Cream is better than Lemon Italian Ice”.

“Ethereum and Bitcoin are not the same thing in between. They represent two different value propositions. One is a trust network that validates transactions, second is a trust network where people can notarise contracts. Bitcoin represents freedom of wealth without recognising political boundaries, whereas ether acts as witness to contract on a global scale. The problem with ether contracts is they do not have legal sanctity. So it is useful for contracts that can be digitally executed”.

CoinIdol.com asked cryptocurrency and Blockchain experts if it’s possible that Ethereum could grow to the same price as Bitcoin in the future?

“Since Bitcoin is still experiencing growth, I think that Ethereum will have a difficult time catching up with Bitcoin. It needs to take time to mature, before the general public of people are utilizing Ethereum so that we can see the technology stabilize and real use cases to be present in the marketplace. If it's going to grow, it will be on a horizontal scale with many people replicating the use cases and not on «one hit wonders.”

Last week, world macroeconomic statistics ruled directions of cryptocurrency prices in the financial markets. The main event of the week was the US Federal Reserve meeting. It was the first meeting after Brexit. Financial experts warned of the possible risks to the economy of the Brexit before the referendum in the UK, but at the recent meeting, for the first time since Brexit, they talked about a decrease of these risks.

The Bitcoin price this week found a foothold on the level of $656. Such a stable position is ensured by the weakness of the European economy and a strengthening of the US Dollar. On the other hand, cryptocurrency market players are waiting for the future implementation of Segregated Witness in the Bitcoin protocol. This can greatly affect the price of the main cryptocurrency.

Next week, we expect a gradual increase of BTC price to the level of $670.

Last week, ETH price moved between $12-$14. Same as Bitcoin, Ethereum settled at the comfortable for it price of $12.7, making it clear to investors that today’s price is the most optimal. Given the problems with a split of the Ethereum network and the emergence of Ethereum Classic (ETC), next week we can expect the price to move to the lower levels of $12 and $11.50.

While the Ethereum network is facing its problems, Litecoin has the prospect of becoming a major cryptocurrency amongst altcoins. Throughout all week, the LTC/USD exchange rate followed a sluggish sideways trend, but by the end of the week returned to the level of $4.1. This is a good result, given the complete calm on cryptocurrency markets.
Next week, we expect the Litecoin price to strengthen its positions to $4.2 and $4.3.

Such price movements are primarily due to the fact that DOGE is used as a means of payment. Economic factors have a little effect on this coin. It moves in the wake of the other cryptocurrencies.

Next week, the price of DOGE will evolve depending on the overall state of the cryptocurrency market.