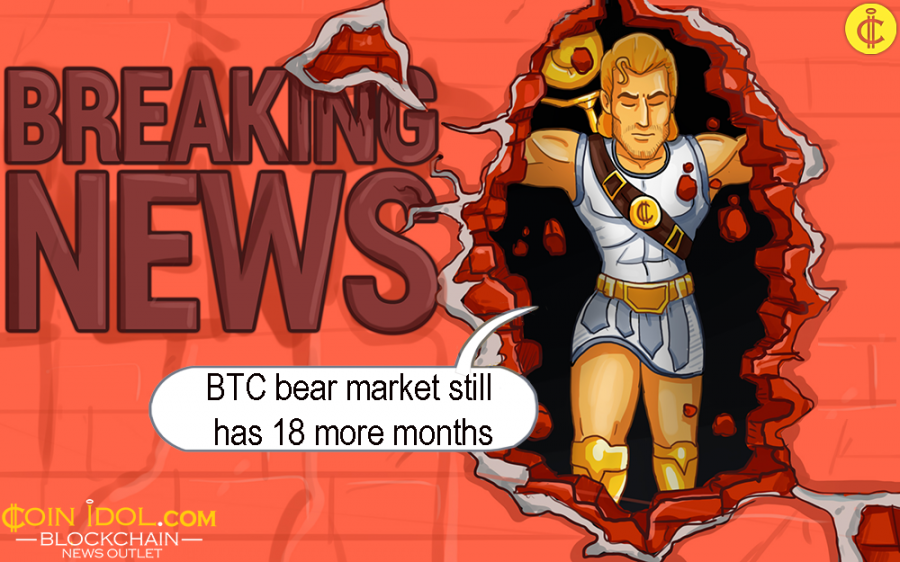 Bitcoin (BTC) prices and trading volume might continue diving, and the latest bear market could continue for more than a year and a half. That's a realistic assessment from Arthur Hayes, CEO of BitMEX, the globe's biggest BTC trading platform.

“My view is the volatility environment that exists right now could persist for another 12 to 18 months, the flatness,” Hayes told Coinidol. “I’m just basing it off my previous experience.”

Arthur began trading Bitcoin full-time in 2013 after he lost his job as an equities trader at Citibank. He revealed that the current trading patterns are similar to those of the "nuclear bear market" he saw in 2014.

Crypto trading volumes recently dropped to a new annual low after the summer decline. Arthur revealed volume could decline deeply in the months to come.

This is an amazing about-face from the profuse $50,000 year-end BTC price target Arthur set in June this year.

He noted Bitcoin prices were only one significant regulatory decision away from accelerating over $20,000 to $50,000 by December this year, which doesn't seem achievable given the present market situation.

“The price of bitcoin is undoubtedly in a bear market, but in the application of bitcoin and other blockchain projects, we are in fact in a bull market… Most of the EU banks are actively investing in blockchain, and that all originally stems from bitcoin.”

While several people in the digital currency community are worried about the market's current downward trend, crypto maniacs that have followed the market from the time of inception aren't in a panic mode over the temporary blips.

Wences Casares, the founder of Xapo, revealed that it could take years to confirm whether BTC is prosperous. Wences added that it's feasible that digital currency might fail, though it's unlikely.