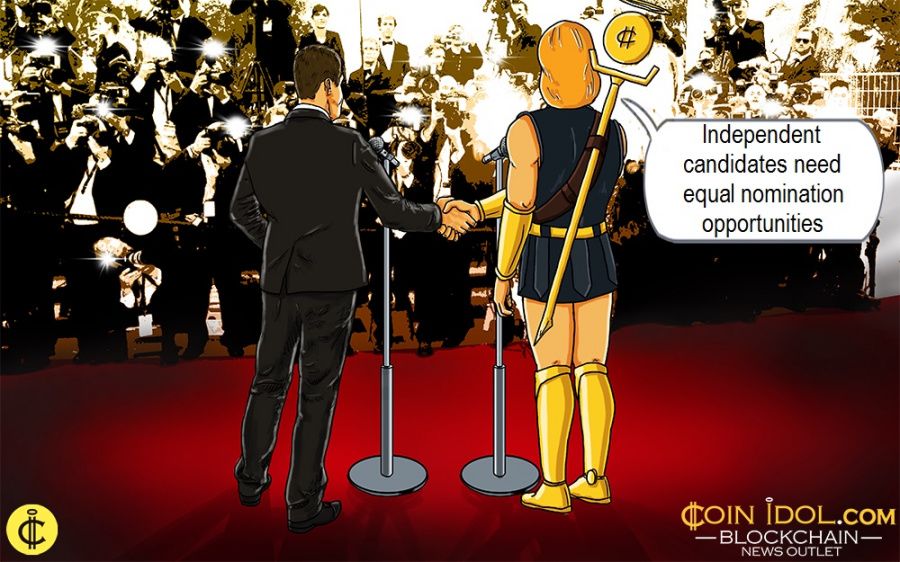 The US Independent National Committee is establishing a union to promote interests of independent politicians with the support of the 2020 Presidential candidate and a cryptocurrency billionaire Brock Pierce.

The Independent National Union (INU) is going to become a long-term operating national body to gather independent politicians and provide them with all possibilities for presenting and promoting themselves.

The current political system in the US has only two parties, Democrats and Republicans, whose representatives occupy positions in the White House as well as other government bodies. Those candidates that don’t belong to either party have much fewer opportunities for reaching out to their potential voters and presenting themselves.

Could there be a technological solution?

The goal of INU is to establish an independent nomination process to create equal possibilities for all self-nominated politicians. Currently, 1,216 candidates are lacking such possibilities, so the need for a solution is obvious.

Some decentralized platform for registering candidates and distributing the information irrespective of their party membership. The support of Brock Pierce, a famous blockchain and cryptocurrency advocate, a co-creator of Tether stablecoin, might allow the Independent National Committee to employ innovative technologies to create such a solution.

Brock Pierce is well-known for his liberal views, as well as favouring innovations like blockchain and cryptocurrency. He has built his fortune owing to these technologies. In case he wins the elections, the US might see numerous transformations related to the adoption of technology solutions in various fields. He stated in an interview to BBC:

"I think that we lack a real vision for the future - I mean, what kind of world do we want to live in, in the year 2030? What is the plan? Where are we trying to get to, you know? You have to aim for something. And I see mostly just a lot of mud being thrown around, not a lot of people putting forth game-changing ideas. It's getting scary. And I have a view of what to do."

However, it seems very unlikely that he is going to win these elections. As Mr Pierce said himself, his primary goal is not to become president, but to take away votes from the current president Donald Trump and his opponent Joe Biden. Afterwards, he plans to “end up in the White House anyway”.