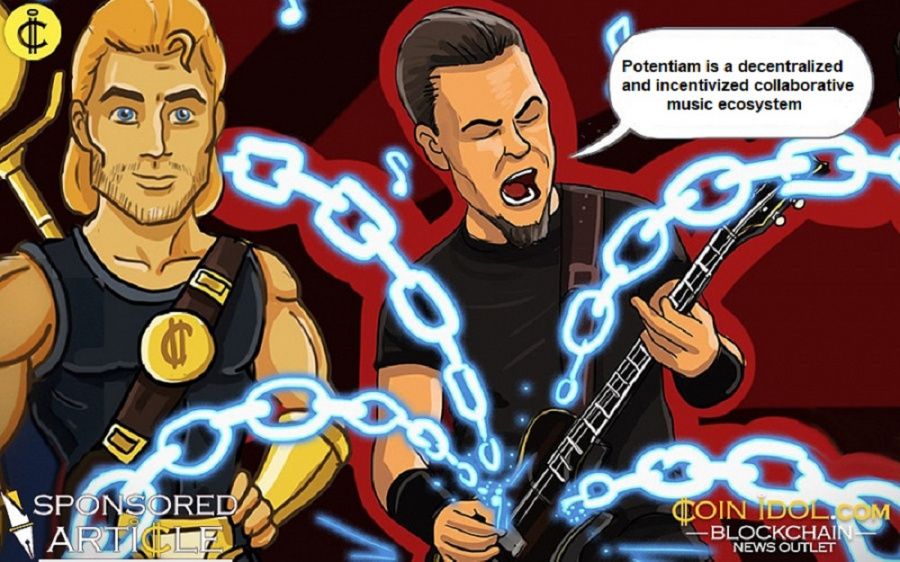 Have you ever wished there was a social media platform purely focused on your musical needs; where you could connect with everyone in the music industry, from engineers to singer-songwriters? Well, we’re here to tell you that your wishes have been fulfilled in the form of new music social network called Potentiam.

Have you ever wished there was a social media platform purely focused on your musical needs; where you could connect with everyone in the music industry, from engineers to singer-songwriters? Well, we’re here to tell you that your wishes have been fulfilled in the form of new music social network called  Potentiam.

So, what is Potentiam? It is a decentralized and incentivized collaborative music ecosystem. In a nutshell, it is a new way for emerging music talents to establish themselves. It is also a way for creatives to reap the rewards of having their art out there, rather than losing up to 86% of the proceeds from their music, as can be the case now.

The founders of Potentiam are well aware of the challenges artists and other music creatives face when they are new to the scene and trying to create a name for themselves. They have been running a music discovery website,  BritznBeatz, to try and get these young voices heard. However, they are now venturing into a new direction, with the same aim of helping artists whilst incorporating blockchain technology.

Potentiam is the new face of music. The benefits of Potentiam include low fees, a reward system. and crowdfunding, among many, many others. The fees are the lowest ever and, in return, you receive maximum exposure to promote your music. Surf the website and get paid! Sounds good, doesn’t it?

All members are offered monetary rewards for engagement within the community. So, the more time you spend communicating with other music lovers, the better off you will become.

Truth be told, the secret sauce is in their tokenomics, a balance of meritocracy and proof of stake ideology which creates a balanced ecosystem for creatives, investors, and users alike. No other music ICO can boast such a feat.

Social media is a very powerful tool, as is demonstrated in the modern world today, and you can have that tool at your fingerprints. Use Potentiam to crowdfund and make your music creative dreams a reality. As you gain fans, you will receive token rewards.

Possibly, and most importantly, there is the opportunity to directly connect with fans and peers within the industry. An invaluable experience.

So, what are you waiting for? Join Potentiam and get ready for a whole new world of opportunities.

Potentiam is launching a Pre-ICO on the 4th of December. The tokens will be called PTMs and will be attached to the new standard ERC20 token in the Ethereum main network. Register now to claim early bonuses.

For more details about the project you can see their  White Paper, and about the crowdsale, dates and more details of participation, you can receive the information directly by subscribing to the Potentiam  mailing list. 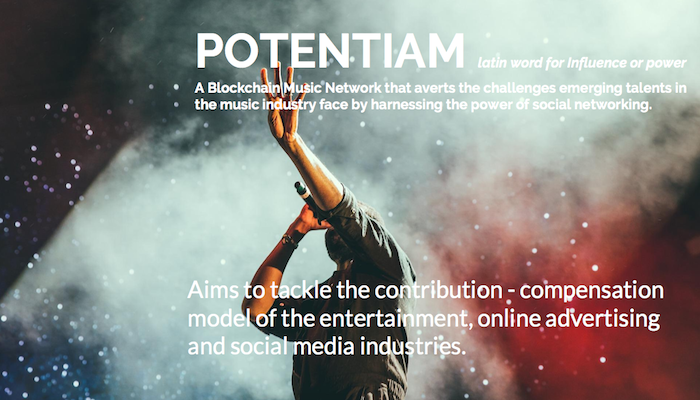 Details of the Tokensale