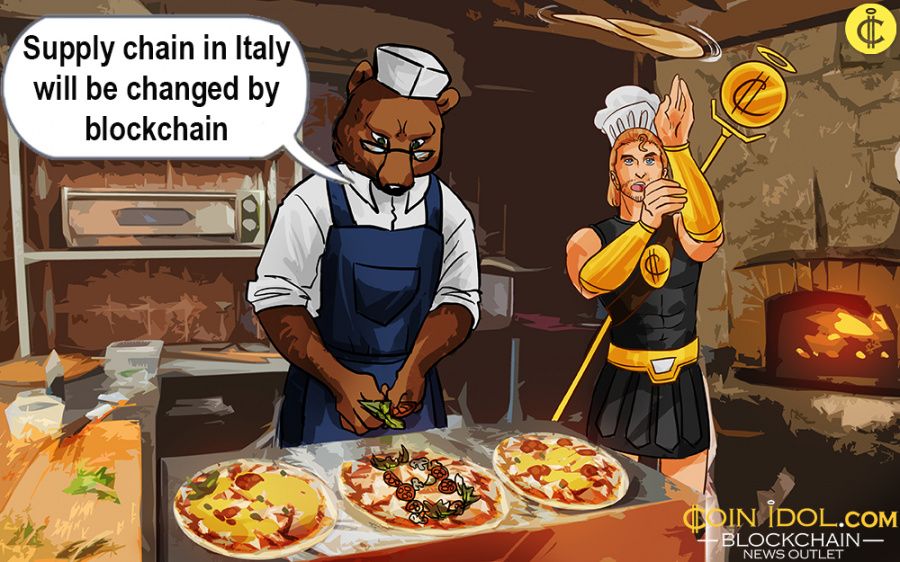 After more than a decade of blockchain being used only for Bitcoins (BTC) and other cryptocurrencies, Italy has finally realized that it can have countless applications. Now, the country is actively developing the technology-based solutions for agrifood suppply chain.

This is possible thanks to its very nature. Blockchain is actually an information technology that enables information to be stored and kept in an innovative manner with respect to what has been done so far.

For years, databases have been used in which information can be overwritten, with two limits: firstly, data can be "tampered with" but still appear to be true; conversely, the history is lost with each overwrite.  With the blockchain, instead, the information is written on blocks closed with a cryptographic key so that they are no longer over writable and it is necessary to create a new block for each update. Hence its name, chain of blocks.

In addition, these blocks are not saved on a single computer, but duplicated over hundreds of independent computers scattered all over the world that also function as "validators", that is, they certify the validity of the information contained in each new block. In this way the information written in blockchain is permanent and unalterable, giving the maximum guarantee of transparency and truthfulness of each data.

In all the activities where there are so many participants that contribute to the history of a data item or product, it is enough to tamper with the information by one of these to invalidate the entire process.

To avoid this risk, a guarantee is needed, which can be given by disruptive technology. Among the various applications that are emerging, the one that is more present than ever and tangible in everyday life is food traceability to ensure the quality of food on the consumers' table.

It is enough for only one of these actors to falsify the production date or change the storage temperature in one of the many passages, that a different product on the table comes from the one to which the consumer believes he has access. This can no longer happen if it is applied to the whole supply chain, or at least to passages with a greater risk of fraud, a tracing recorded in blockchain.

The first major food distribution operator to impose on some of its suppliers this system was the Carrefour group, which already in 2018 offered the first certified blockchain chicken and has now extended certification to citrus fruits, eggs and various other products including babies’ food. For the consumer, the system is very simple, just download an app on your mobile with which to scan the food labels to learn the whole story.

When talking about typical Italian products, one cannot forget the wine. Also in this sector the adoption of the block chain is starting. Among the first to move there is the Ruffino group which has implemented on some productions the My Story system, developed by Dnv Gl - one of the world leaders in certifications - thanks to which a QR code on the label shows the whole history of the product.

However, in the Agrifood sector there is not only the protection of the final consumer, but also that of the processing companies. Just think of an oil mill that plans to buy Italian olives and writes it on the label, only to discover that they come from East Africa.

Here is Certified origins, a company born from the will of three important companies active in the valorization of Italian oil in the world, is developing a guarantee system on this product chain with the collaboration of Oracle. This type of innovation does not only involve innovative startups. Even the big food giants are already imposing the obligation of traceability in blockchain to their suppliers.

Among the first projects of this type is that of Barilla, which in collaboration with IBM has developed a pilot project to guarantee the supply of fresh Italian basil for the preparation of its ready-made sauces.

After decades of the Internet of Things, we are already in the era of the Blockchain of Things, and it comes logically to envisage that many other business areas will open in the future, when this technology will show to full its ground-breaking potential.