Blockchain-Based Email System: Is It The Way To Go For Securing Emails? 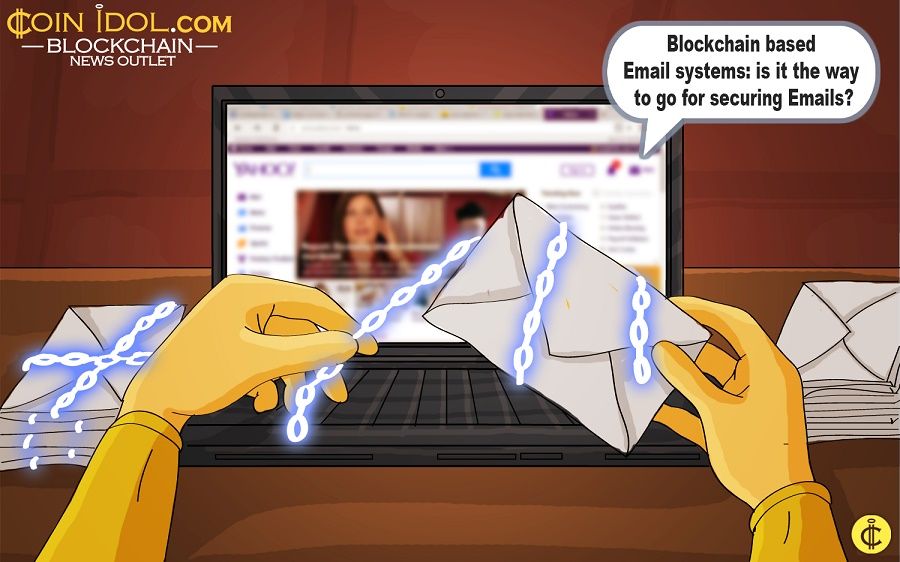 Email servers are constantly vulnerable to sophisticated hackers, a Blockchain-based email system is the answer to a more secure email which cannot be hacked and have user information stolen. CoinIdol.com explores whether Blockchain email systems deliver the most secure email accounts.

Between 2013-2015, around 1 billion Yahoo user accounts were hacked in what Yahoo referred to as a state-sponsored hacking attack. Many other sites, such as Kiss & Tell and Adult Friend Finder, have also suffered similar kind of hacks, where approximately 412 million user accounts were exposed. This brings us to the conclusion that the current technology being used by email service providers is obsolete and exposed to sophisticated hackers.

Recently, some startups pioneered incorporating Blockchain technology into email security. One of them is led by the security mogul John McAfee, the expert behind the McAfee antivirus. John McAfee, on their website, explains how the new Blockchain-based email system swiftmail works:

Cryptamail is another decentralized email system that runs on Blockchain technology. Because the Blockchain stores the messages, “there is no central point that stores your messages, so there is nowhere to steal or even submit a request for your private data,” affirms its website.

CoinIdol.com spoke to Antony Jenkins, a member of the Blockchain board of directors, about data safety in Blockchain-based storage systems. He said:

“Blockchain uses data consistency coupled by using fingerprints, only fingerprints consistent with a data set join up to form an internally consistent Blockchain. Anyone who wants to meddle with any of the data has to regenerate all the fingerprints from that point forwards and the Blockchain will look different and will be denied by the system, this way the Blockchain technology proves to be the most secured.”

What does incorporating Blockchain in Email systems mean to end-users in terms of complexity?

We could wonder if this change of technology would bring a big change in user interfaces and the ease with which we could send and receive emails. CoinIdol.com spoke to Phil Raymond, CEO & Co-Chair at Crypsa, Cryptocurrency Standards Assoc. and he said in a statement that:

“Blockchain based emails is no different from any other email system on the user interfaces, everything is still easy to navigate and some operators can build mobile apps and web based apps for their email systems to make the experience more convenience for the first time user.”

What will a Blockchain-based email system mean for the time taken between sending and receiving an email?

As observed from the bitcoin Blockchain, there is a significant time lag between the time bitcoin is sent and the time the user at the other end receives the bitcoin in his wallet. We spoke to Nicolas Cary, an expert on Blockchain technology, about the relay time of emails when Blockchain is used between the sender and the receiver. He commented to CoinIdol.com:

“There is virtually no time lag, the messages are received instantaneously just like in the traditional email technologies. The bitcoin Blockchain involves miners who have to verify every transaction in the bitcoin network and at times the network experience data backlog when very many transactions are queued up.”