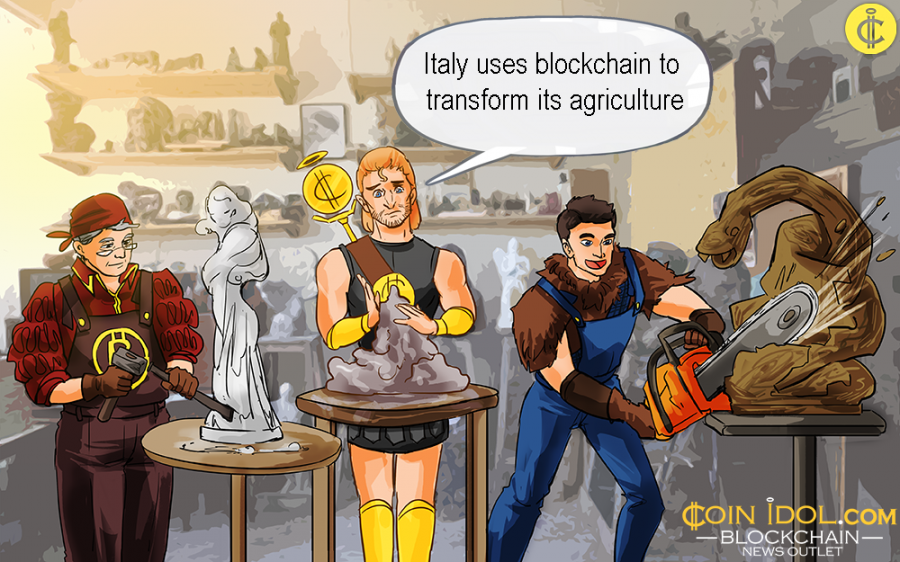 A lot of agricultural projects in Italy have difficulty accessing credit and lack technological skills. Help could come from startups and from blockchain technology which promises to significantly change the future.

The country is working hard to use blockchain extensively for the benefit of the agrifood system, since it has recognized the agricultural sector as one of the main engines of the economy, with a big potential to bring and contribute further development of the country.

The snags met by various Italian agricultural projects are connected to access to credit, the dearth of knowledge and the fruitless margins provided by the existing agrifood supply chain, alongside the progressively high demand for local food and wine qualities of which they are producers.

Several technology-related startups could help small-scale farms by enabling them to bring the best food to the dining tables of those willing and able to pay more. But the issues with how Italy’s excellent and high-quality agriculture can endure the food system go further, and possibly it is prudent to have a serious look that does not just pursue in the jiffy technology of the moment the solution for all criminal and evil activities.

Many individuals, companies and governments have hopes of significant revolutions and are not frightened, they consider cryptocurrency and blockchain as a good technology, different from robotics which continues to see an undesirable sentiment and bad environment.

The blockchain technology is seen as the instrument capable of supporting the struggle against corruption, combat illegal drug trafficking, initiating righteous processes to fight poverty and many others.

The trust subject is thought-provoking because it is sold as a total quality of the blockchain. Nevertheless, the matrix of the food system's problems may not be exactly in that deficiency of proximity, in the dead end of launching disintermediate fiduciary bonds.

Blockchain technology is a useful device but it cannot modify all conditions necessary to achieve the desired objective, that is to say, the guarantee of product quality. And one of the major questions is the diverse interpretation that various participants of the value chain quality to the idea of ​​a quality product.

Players involved in this long chain express diverse interests, often even opposing ones. A vital role is played by the big retailers that are testing blockchain systems to protect the customers, which are not essentially also to protect agricultural personnel (farmers) or processing companies. Italy is faced with an irony: the machine of trust is suggested to the actors of the production-transformation-distribution-sale-purchase chain that are not used to work together with each other but, instead, to compete.

The researchers have witnessed different phenomena: a great discourse by the mainstream press; a political interest and for the attention of the European and Italian legislators; significant investments by the major players in food distribution like Walmart Inc and Carrefour in collaboration with giant technology corporations including IBM.

It is very valuable to bring knowledge support to institutional operatives, to agricultural companies, aggregated subjects, rural communities, activists, in the opinion that it is central to introduce a dire vision in the debate that remains open to comparison and observation of the development of the Revolution 4.0 that just started.

Will the blockchain technology help Italians defeat the threats of augmented intricacy of our time?