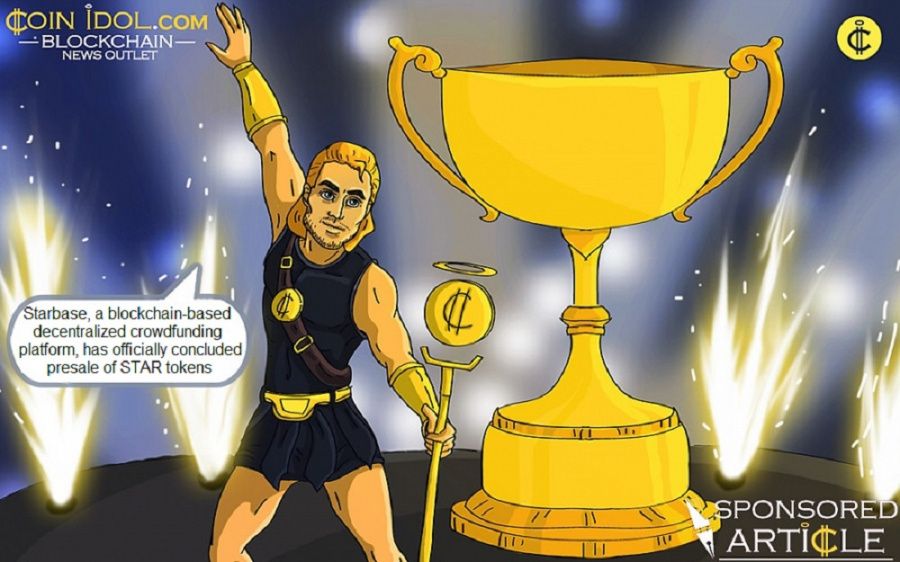 For startups and new invention concepts, finding any sort of substantial funding through VC investors has been painstaking. Rather than focusing on innovations and improving them, many business concept planners find themselves seeking funding slowly.

Many innovators are constantly frustrated by this process. Often, those who have conceived of the best ideas are either buried under the complexity of seeking funding, or their concepts are stolen by larger corporations who then take advantage of them, able to find faster access to higher scale funding.

This frustration among innovators has led to a substantial rise in crowdfunding platforms. Those platforms, though, are often under-funding, and can take substantial fees. The market is in need of a simple but elegant way for innovators to incentivize investors, pursue funding, and focus on fundamentals.

Starbase, a blockchain-based decentralized crowdfunding platform, has officially concluded an incredibly popular presale of the proprietary STAR tokens for the Starbase platform. The company is now preparing for the public sale portion of the ICO.

Starbase set a fixed hard cap of $10 million for the total ICO, and 80% was already raised very rapidly in the presale backed by Bitcoin Suisse. The public portion of the Starbase ICO will now begin on November 9 at 15:00 UTC, ending November 24 at the same time. The company has met all the full KYC/AML regulatory requirement, and the ICO is fully ready.

One of the many problems with venture capital (VC) is that it is traditionally ruled by a few very rich. The entire field of investment has been a struggle for smaller scale investors to enter. These investors have discovered the complexities in pursuing innovations and investing in them, given the inherent hierarchy within the VC world.

However, because Starbase has created a decentralized platform, the company is able to offer investors a methodology for finding and investing in the very best startups. These investors do not need to be huge, as with traditional VC investments - just able to invest via the proprietary system. By building a powerful platform where innovators are able to create individual tokens as a crowdfunding system, Starbase has simplified the process for ICO building and innovation.

Consumers with an innovation they’d like to find funding for can use the functionality of the platform as a vehicle to issue their own tokens for crowdsale, sharing profitability with their potential investors and creating a system for truly democratizing private business investments. 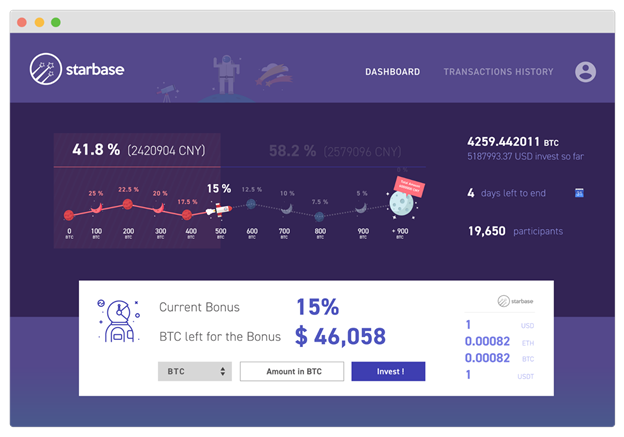 If there had been any doubt as to the effectiveness and importance of the platform, the company’s recent presale success should indicate that demand for such a decentralized and democratized marketplace is at an all-time high. Investors, both small and large, are pursuing more reasonable approaches to business innovations, and Starbase’s platform is a solution for all.

For example, at one point during the presale, Starbase encountered some brief investment delays in order to comply with KYC/AML regulations. They found themselves needing to validate creditworthiness of some of their investors by hand. Nevertheless, even amidst this temporary delay, the presale still recorded substantial demand for STAR tokens.

In order to solve these issues, during the ICO, Starbase will use PICOPS ( https://picops.parity.io) in order to complete the KYC/AML validations. There is a very small fee of 0.024 ETH which is charged for new users by PICOPS. However, the application will speed and simplify the approval process greatly.  Additionally, the smallest buy-in is only 0.1ETH, per Starbase’s policy, which reflects a company policy of providing a venue for smaller investors to have the chance to participate in larger investments.

The company, started by expert blockchain planner and designer Tomoaki Sato, aims to change the way both innovators and those who want to support them approach fundraising and crowdfunding. The specialized platform will allow entirely new opportunities for intellectual and commercial innovation as well as a deeper adoption of cryptocurrencies.